Mad scientists, monsters and things that go bump in the night are all important components of a good horror story. Frankenstein ticks all the boxes in this respect but what really sets it apart from other contenders in the genre is that it’s not based purely on fiction! Many consider experiments by Andrew Ure, professor at University of Strathclyde’s antecedent Anderson’s Institution, and other scientists around that time, to be the inspiration behind Mary Shelley’s novel Frankenstein.

Ure studied at the Universities of Glasgow and Edinburgh before becoming a professor of Chemistry and Natural Philosophy at Anderson’s Institution. It wasn’t until October 1818 that he really grabbed everyone’s attention. Ure was one of the anatomists who conducted experiments on Matthew Clydesdale, a convicted murderer who was executed by hanging on 3 October 1818.

Galvanisation – the application of electric current to the human body for medical purposes – was one of the key scientific interests at the time and one that fascinated Ure. During his experiments on Clydesdale he applied electricity to different parts of the corpse. According to eyewitness reports (such squeamish experiments being top entertainment at the time) Clydesdale’s eyes opened, his body twitched and his face showed expressions of grimace and rage.

Ure didn’t claim to have resuscitated Clydesdale, however he did conclude that direct stimulation of the phrenic nerve was likely the best method via which to revive the dead. He also suggested that two moistened brass knobs connected to a battery might work in the same way. Well ahead of his time, Ure had described the electric defibrillator, which wouldn’t be used in medicine until more than a century later.

This research was just the beginning of what was to be a highly influential career. Ure’s first book, Dictionary of Chemistry, was published in 1821 and was considered so important that it was translated into French and German. Later, in 1829, he wrote New System of Geology, which highlighted the importance of chemistry and physics to the world of geology.

Ure conducted research for the British government and worked as an analytical chemist for the Board of Customs. In 1834 he travelled around factory areas in Britain in advance of the publication of his book The Philosophy of Manufactures in 1835. Several other books followed, including Dictionary of Arts, Manufactures and Mines (1839), The Revenue in Jeopardy from Spurious Chemistry (1843) and The General Malaria of London (1850).

Ure is remembered as a great doctor, a controversial scientist and a prominent advocate of industrial capitalism. 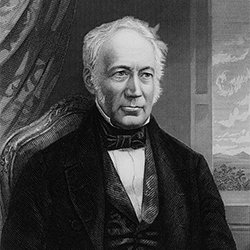