Azeem Ibrahim was honoured as the 2012 Alumnus of the Year in recognition of his exceptional career. His achievements have attracted considerable international recognition over the years, having met and advised a number of world leaders on a wide variety of issues. 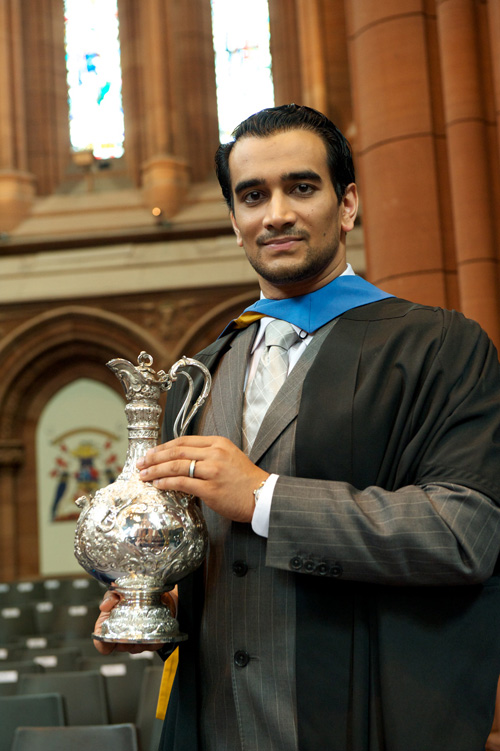 ﻿Contribution to the country

﻿﻿Azeem Ibrahim began by launching his own IT consultancy, and then moved into the global finance sector. He has since founded companies including an online insurance company specialising in maritime insurance, a private online bank for commodity traders, and a global macro hedge fund. He has now moved out of the business sector and devotes much of his time to his non-profit enterprises.

In 2007, Azeem became the youngest person on both the Sunday Times Scottish Rich List and Carter Anderson’s UK Power 100 list. He was also included in the Observer Courvoisier Future 500. The same year, a Scottish Parliament motion signed by a number of MSPs congratulated Azeem and his contribution to the country. In 2010, Azeem was named as one of the Top 100 Global Thinkers of 2009 by the LSDP European Social Think Tank and a Young Global Leader by the World Economic Forum.

Azeem has qualifications from a number of prestigious institutions such as the University of Cambridge, Harvard and Yale. He has also been awarded an honorary doctorate from Glasgow Caledonian University, an Adjunct Research Professorship from the US Army War College, and was made a Fellow at the Macmillan Centre for International Area Studies at Yale University. Most recently Azeem was appointed a Fellow and Member of the Board of Directors at the Institute of Social Policy Understanding in the USA.

For seven years until early 2006, Azeem was a reservist in the IV Battalion Parachute Regiment – the British army’s elite airborne infantry reserve where they are trained to be inserted by parachute behind enemy lines at short notice. He is a fitness fanatic keen on marathon and fell running, and speaks four languages.