Despite his many and varied contributions to mankind, Henry Faulds is a name that remains relatively obscure.

Born in North Ayrshire in 1843, Henry Faulds studied medicine at University of Strathclyde’s antecedent Anderson’s Institution before taking up a position as a medical missionary with the Church of Scotland.

In 1874, Faulds was tasked with establishing Scotland’s first medical mission in Japan. Faulds’ years in Japan were marked by incredible achievement. As well as opening a hospital and teaching facility and founding a society for the blind, Faulds also found the time to write two travel books, launch three magazines, halt a rabies epidemic and even cure a plague.

Yet it was a simple expedition with a friend that was to be the turning point of Faulds’ career. Attending an archaeological dig, Faulds became intrigued by the impressions left by craftsmen on ancient pieces of clay. Could these patterns of ridges be unique to each individual, Faulds wondered?

His theory was soon put to the test. Shortly after the expedition, Faulds’ Tokyo hospital was broken into, and to his dismay a trusted colleague was suspected of the crime. Convinced of the man’s innocence, Faulds compared his fingerprints to those left at the scene, ultimately securing the suspect’s release. Faulds wrote to Nature journal triumphant at his discovery.

"Faulds’ insights into fingerprinting were extremely imaginative and creative," says Professor Jim Fraser, Director of the Centre for Forensic Science at the University of Strathclyde.

He was the first person to conceive and test the concept that fingerprints are a form of biometric – a unique means of identifying people. What is particularly interesting is that we often consider fingerprints to be a way of incriminating someone, yet Faulds used them to prove his friend’s innocence.

"To this day, the police investigation method is trace, interview and eliminate – hence the phrase 'eliminate from our inquiries'."

Today, the University of Strathclyde continues the work Faulds began in its Centre for Forensic Science. The Centre is a modern purpose-built laboratory for practical forensic training, equipped with state-of-the-art instrumentation for analysis of a wide range of evidence types. This includes a microscopy suite, DNA profiling laboratory, analytical chemistry laboratory, blood pattern analysis room, and a suite for setting up mock crime scenes.﻿ 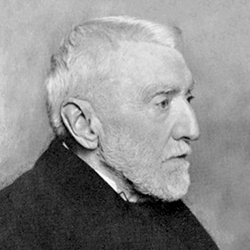