James Blyth, professor at Anderson’s Institution, a predecessor to Strathclyde, was the man responsible for one of the earliest applications of wind power, having built a windmill in his back garden around 1885 when he first began to experiment with wind energy.

He believed passionately in the future of wind energy, a resolution that makes him one of the great pioneers of his age.

Wind energy was an interest that would endure throughout Blyth’s lifetime, and one he shared with the local community through a series of popular lectures and demonstrations.

By this time, he’d had already established himself as a valued and popular lecturer at Anderson’s Institution. Writing in Blyth’s obituary, his colleague at Anderson’s, Professor James Muir, paid tribute to: "the magnitude of the work done… the mere physical exertion implied in such an amount of lecturing…"

This hard work did not go unnoticed: "His students – gone forth from the classroom, and radiated over the country and to far corners of the world… all bear in the secret structure of their minds the impress of Professor Blyth’s teaching, and will cherish through life, with reverence and affection, the memory of their teacher and friend."

Willing to 'roll up his sleeves'

The fact Blyth, a working schoolmaster, became a professor at all was an achievement in itself. As his obituary noted, to make this step in Scotland was at the time considered 'a rare good fortune.'

His work ethic and down-to-earth nature were points of much admiration among his contemporaries, who were impressed by his willingness to roll up his sleeves.

Blyth was born in Marykirk in 1838 and attended the parish school and later Montrose Academy. His country upbringing brought a resourcefulness and talent for independent deduction that stood Blyth in good stead throughout his career.

Blyth graduated with a BA from the University of Edinburgh in 1861 and completed his MA a decade later. He spent much of the early part of his career working as a tutor and teacher, before being appointed Professor of Natural Philosophy at Anderson’s Institution in 1880, a position he held for the rest of his life.

'A true man of science'

Blyth’s research concerned electrical problems such as the telephone and microphone and engineering applications. He believed passionately in the future of wind energy, a resolution that makes him one of the great pioneers of his age.

In 1892, Blyth was awarded the Brisbane Gold Medal from the Royal Society of Edinburgh for his work ‘on the application of wind power to the production of electrical currents’. “He was,” said his friend Dr James Colville, “a true man of science… one who by insight, patient toil, and mechanical ingenuity did much in his day to explain and illustrate many of the facts of physical science.”

Today, Strathclyde engineers continue the work pioneered by Blyth over a century ago. 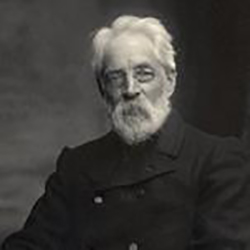