The conference will be hosted by the University of Strathclyde's Faculty of Engineering, one of the largest, best equipped engineering faculties in the UK, and the largest in Scotland. The Faculty is home to over 5,500 students from over 100 countries; 4,500 undergraduate, 700 postgraduate taught and over 600 postgraduate research, who all study within eight world-class departments.

The IWSCFF will be held in the University of Strathclyde's new Technology & Innovation Centre, which was opened in 2015 by Her Majesty, the Queen.

The Technology & Innovation Centre is based in the heart of Glasgow city centre.﻿ The Centre is right beside George Square, the Merchant City and Buchanan Street, one of the UK's top shopping destinations. It is a 15-minute walk from Glasgow Central Station and five minutes from Queen Street Station. The University is situated close to Glasgow Cathedral, the birthplace of the city, and the fascinating Glasgow Necropolis, which offers some of the most stunning views of our city.

Compact and easy to travel around, Glasgow has excellent transport links to the rest of the UK, Europe and overseas, with London only an hour's flight away. It is just 40 minutes from Loch Lomond and 45 minutes by train to Edinburgh, meaning Glasgow is a prime location, no matter where you want to go.

Most countries do not need a visa to travel for less than 6 months to the UK, however please check the UK Government Visas & Immigration website to find up-to-date information on UK entry visas. If you require a signed letter of invitation, please contact the organising committee.

Glasgow is Scotland's largest city, and is regularly in the Top 10 Places to Visit by The Lonely Planet, among others. It is a vibrant city with a booming underground music scene, architectural haven and growing gourmet retreat. It is also a great stepping stone to visit the rest of Scotland.

﻿The city itself is well connected by bus (firstglasgow.com) and subway networks (spt.co.uk﻿), with most (if not all) locations in the downtown area within walking distance. There are numerous hotels in easy walking distance of the conference centre, and a number of hostels and vacation rentals. ﻿﻿ 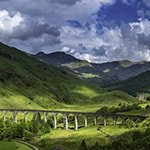 Glenfinnan viaduct made (more) famous by the Harry Potter movies 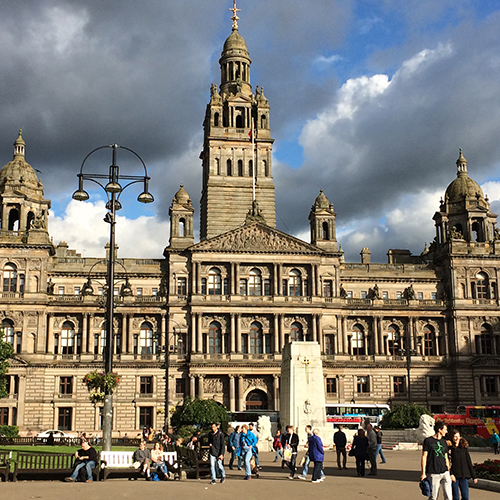 Ben Nevis, one of the tallest munroes in Scotland, also inspired a whiskey

Locals on their daily commute