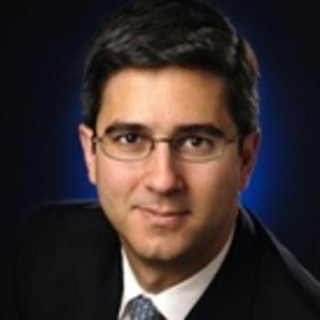 Title of Talk: The Devil is in the Details: Critical HPC Elements for the SU2 DG-FEM Solution Framework

Professor Juan J. Alonso is a professor in the Department of Aeronautics & Astronautics at Stanford University.  He joined the faculty in 1997 shortly after receiving a PhD degree in Mechanical and Aerospace Engineering from Princeton University. He is the founder and director of the Aerospace Design Laboratory where he specialises in the development of high-fidelity computational analysis and design methods to create realizable and efficient aerospace systems.  He is the author of over 200 technical publications on the topics of computational aircraft and spacecraft design, multi-disciplinary optimization, fundamental numerical methods, and high-performance parallel computing.  During the period spanning 2006-09, Professor Alonso was the Director of the NASA Fundamental Aeronautics Program in Washington, DC.  In that position he was responsible for the entire portfolio of aerospace vehicle and vehicle technology research for the agency in the subsonic rotary wing, subsonic fixed wing, supersonic, and hypersonic regimes.  He is the recipient of multiple awards including the AIAA Best Paper Award in Multidisciplinary Optimization (2004, 2006, 2008), the 2014 NASA ARMD Associate Administrator Award for Supersonic Design, and the NASA 2009 Exceptional Public Service Medal. Professor Alonso has served in the NASA Advisory Council, the Secretary of Transportation Future of Aviation Advisory Council, the FAA Administrator's Management Advisory Council, the FAA Office of Environment & Energy REDAC, and the FAA Drone Advisory Council.  His research group is responsible for the SU2 open-source analysis and design framework, he is the director of the Stanford Intel Parallel Computing Center, and is the PI in the Argonne National Laboratory Theta Early Science Program.﻿ 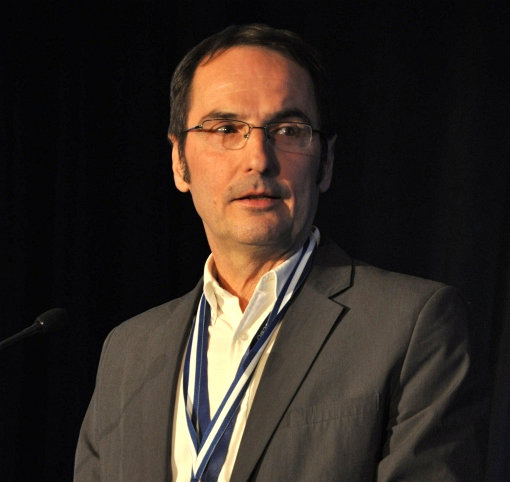 Title of Talk: Atmospheric and Oceanic Turbulence; Beyond Slow Vortices and Fast Waves

Professor Peter Bartello has been an active researcher in atmospheric and oceanic fluid turbulence for over two decades.  Over this period his research, and the field itself, have evolved from a heavy reliance on statistical closure theories and dimensional analysis to very high-resolution direct numerical simulations using state-of-the-art techniques.  He has focused on the elements of the turbulence problem of particular interest to oceanographers and meteorologists, namely the variable density of a fluid on a rotating sphere.  After a PhD in meteorology he did post-docs in oceanography and mechanical engineering. He spent several years in the numerical weather prediction research division of Environment and Climate Change Canada before taking up his current faculty position at McGill University. He also served as president of the Canadian Meteorological and Oceanographic Society. 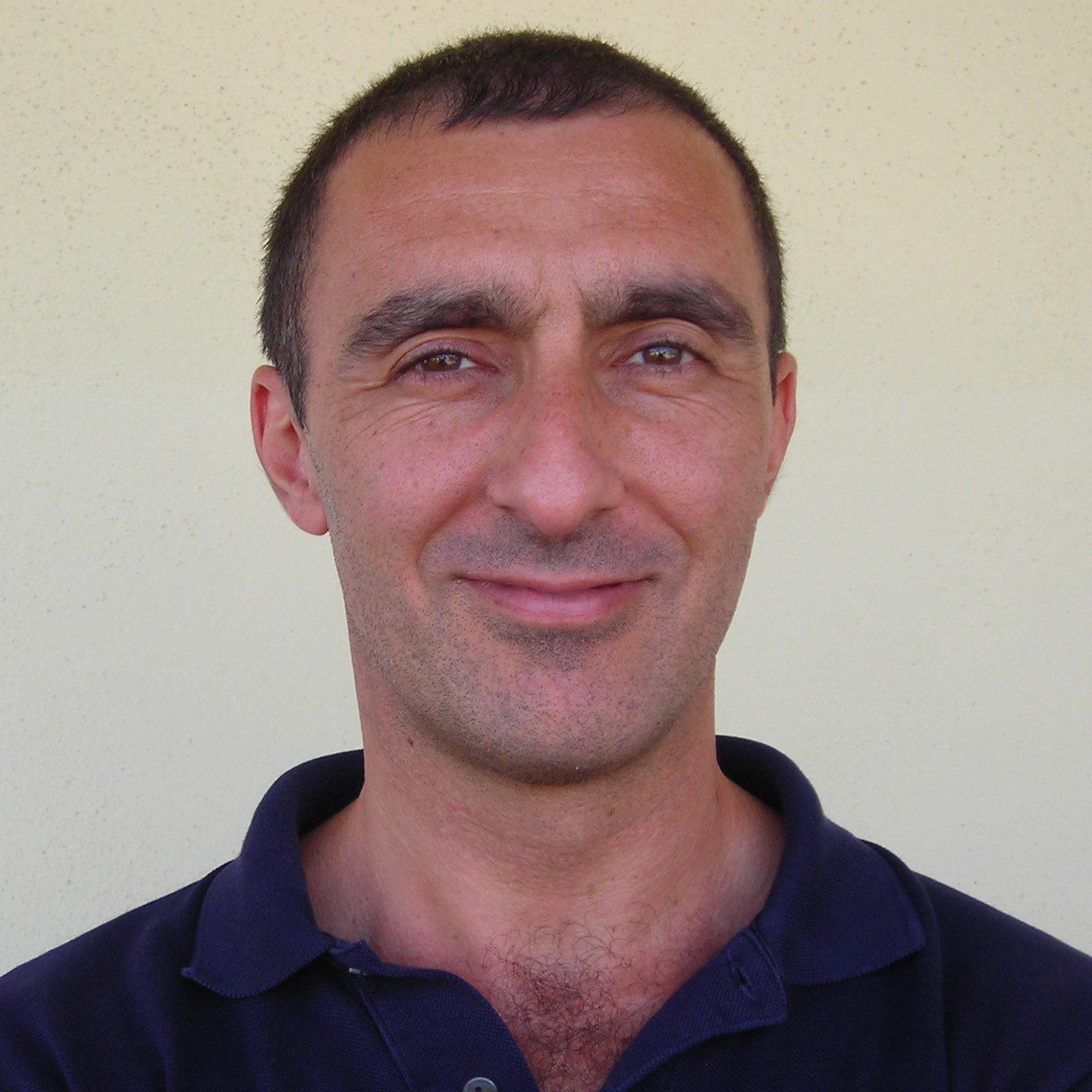 Professor Sergio Pirozzoli is Associate Professor of Fluid Mechanics at Sapienza University of Rome, and Elected Fellow of the American Physical Society, Division of Fluid Dynamics. Professor Pirozzoli got his PhD in 2000 from the Department of Mechanical and Aerospace Engineering of Sapienza with a thesis about shock/vortex interactions. Among various institutional obligations, he has been a member of the ECCOMAS steering committee, and he is currently associate editor of Theoretical and Computational Fluid Dynamics and Notes on Numerical Fluid Mechanics and Multidisciplinary Design. He has been visitor of several important institutions, including the California Institute of Technology, the Center for Turbulence Research of Stanford University, and the NASA Langley Research Center. His research interests mainly cover turbulent wall-bounded flows in the incompressible and in the compressible regime, also in the presence of interacting shocks. He has developed efficient numerical methods well suitable for implementation on parallel machines, allowing to reach Reynolds numbers at the current leading edge of research. In recognition of his activity, in 2011 he was invited to contribute a review paper on "Numerical Methods for High-Speed Flows" in the Annual Review of Fluid Mechanics, and he has been plenary lecturer at the European Conference of Fluid Mechanics (2016). 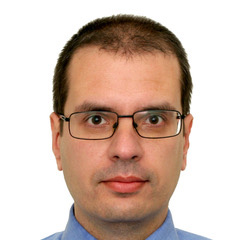 Dr Titarev is currently a leading researcher at Dorodnicyn Computing Centre of Federal Research Centre “Computer Science and Control” of Russian Academy of Sciences.  He is also a Deputy Head of the “FlowModellium Lab” of Moscow Institute of Physics and Technology. Dr Titarev’s research interests include computational fluid dynamics and associated numerical analysis, rarefied gas dynamics and parallel computing. He received his first PhD from Bauman Moscow State Technical University, Russia, in 2003 and his second PhD  from University of Trento, Italy, in 2005. Before joining Dorodnicyn Computing Centre in 2011, he worked at Universities of Trento and Cranfield. 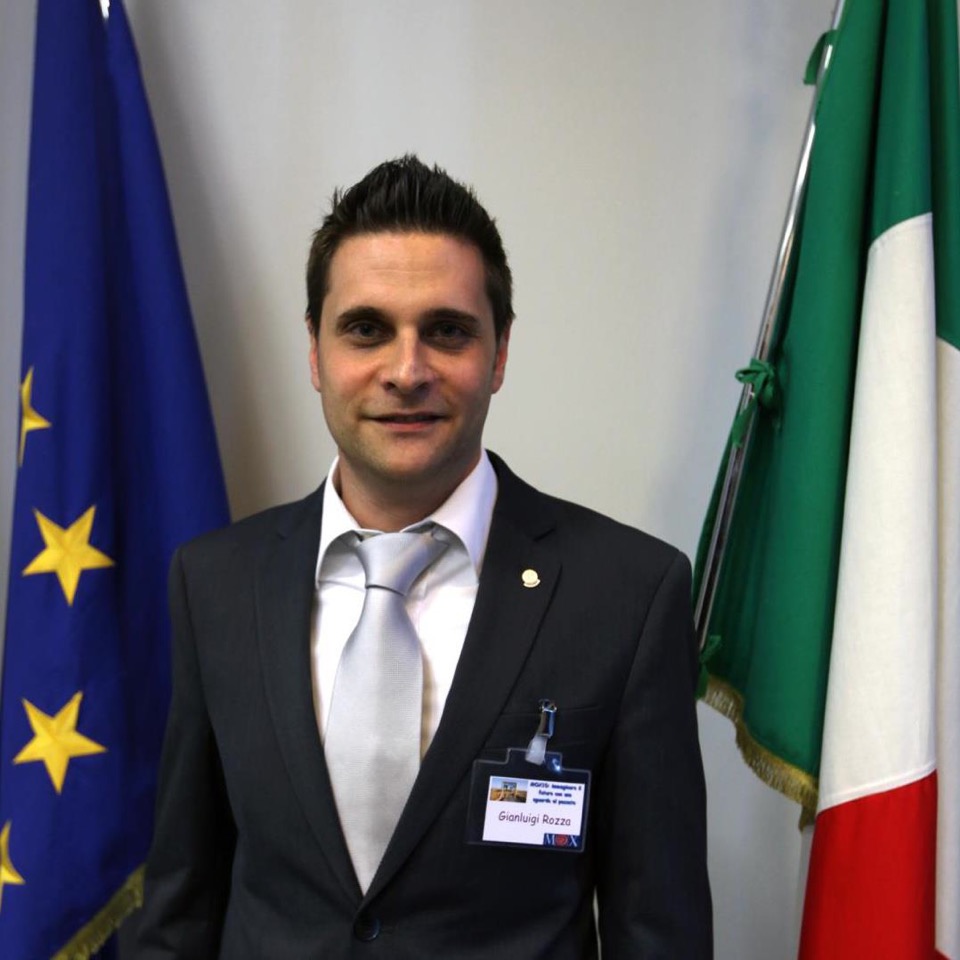 Professor Gianluigi Rozza is a member of the recently created (2010) SISSA mathLab laboratory. Research Affiliate at MIT since 2008. He is lecturer in the SISSA doctoral program in Mathematical Analysis, Modelling and Applications since 2013, in the SISSA-ICTP master in High Performance Computing and at the master degree in Mathematics of University of Trieste since 2014. Author of more than 90 scientific publications (editor of two books and author of two books). Co-advisor of 15 master thesis since 2004, co-director of 7 PhD theses (4 at EPFL and 3 at Politecnico di Milano) since 2009. PI/coPI of 4 projects at FNS, Swiss National Science Foundation (2006-2012), task coordinator for an ERC project (2009-2013), coordinator of two INDAM-GNCS projects (2015-2016), Principal Investigator of an ERC Consolidator Grant (H2020). Within SISSA mathLab he is responsible of UBE (Under Water Blue Efficiency project, within the technological cluster MARE tc FVG), co-responsible of TRIM project (within the Technological Cluster Trasporti 2020), and industrial projects with local industries, such as Danieli. 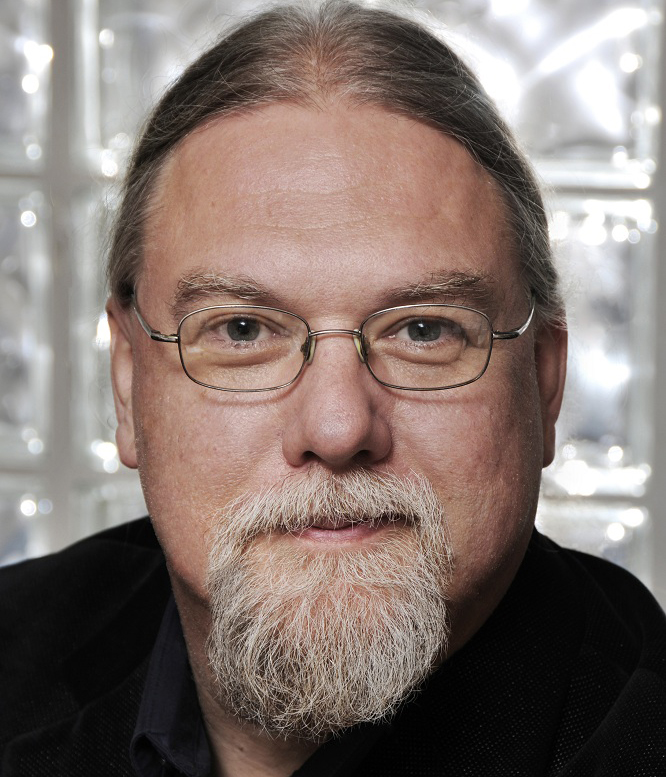 Talk Title: A survey of production applications of in situ post-processing to enable HPC-scale CFD

Steve M. Legensky is the founder and general manager of Intelligent Light, a company that has delivered products and services based on visualization technology since 1984. He attended Stevens Institute of Technology in Hoboken, New Jersey and received a BE degree in electrical engineering in 1977 and a MS degree in mathematics in 1979. Steve’s passion is applying computer graphics and data management to difficult engineering problems. Steve is an Associate Fellow of the American Institute of Aeronautics and Astronautics (AIAA) and has published and presented for AIAA, IEEE, ACM/SIGGRAPH and IDC. 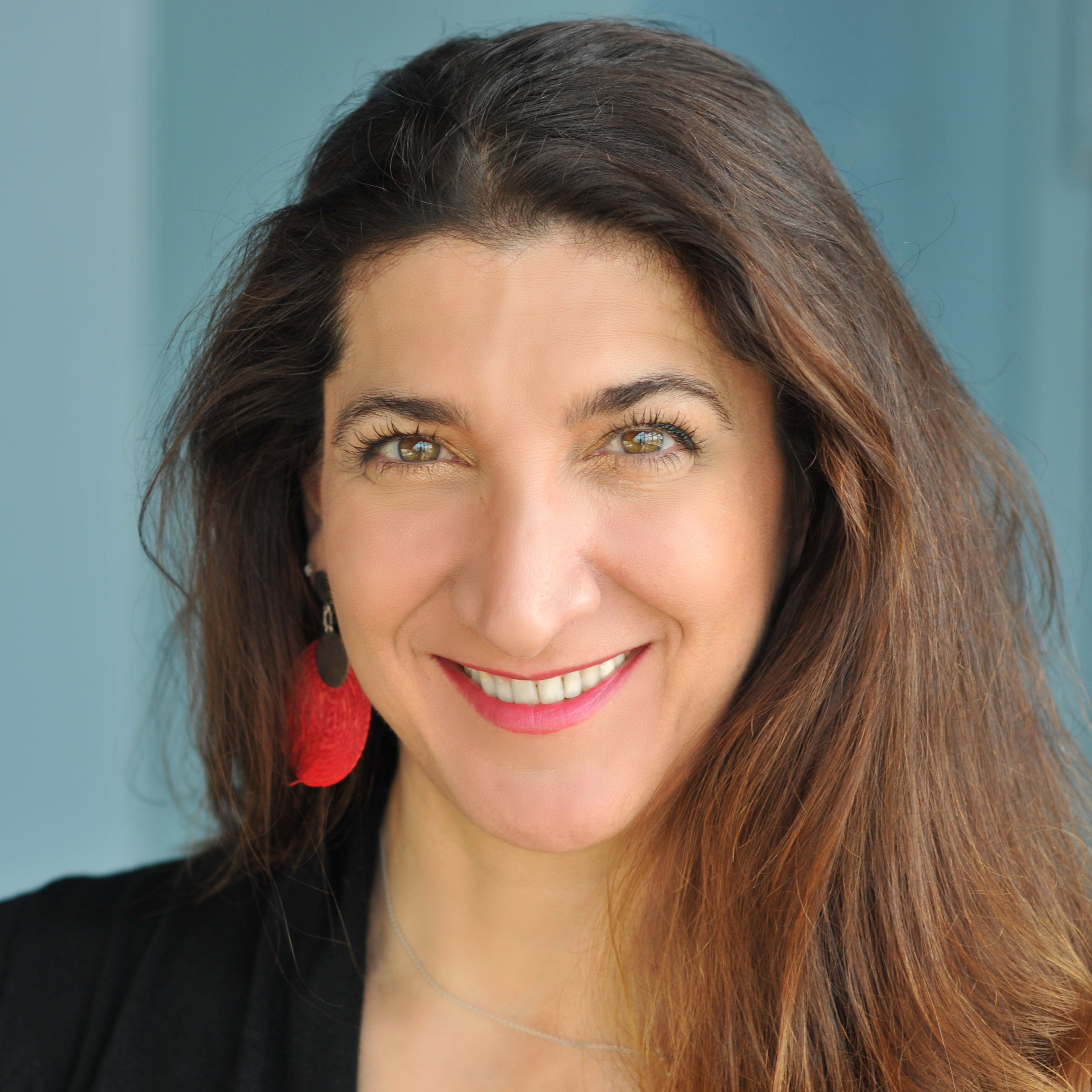 Talk Title: Just Do It: Reproducible Research in CFD

Reproducibility hit the mainstream in the last couple of years, after more than two decades of back-alley campaigns. For example, six months ago, the US National Science Foundation (NSF) issued a “Dear Colleague Letter: Encouraging Reproducibility in Computing and Communications Research.” The movement has often been associated with open data and open-source code, without which one could hardly reproduce a previous computational result. But one thing is sharing code and data for a statistical analysis or a bioinformatics workflow; and quite another to achieve reproducible research in parallel CFD. Lorena's research group has been practicing open science for years, and found the hard way that open code is merely a first step. We need to exhaustively document our computational research, to encourage and accept publication of negative results, and to apply defensive tactics agains bad code: version control, modular code, testing, and code review. In this talk, Lorena will share the lessons learned from a replication campaign on their own previous study (arXiv:1605.04339, accepted), and make a call to action. The tools and methods require training, but running a lab for reproducibility is your decision. Just do it!

Our Call for Papers is now CLOSED

To contact the organising committee if you have any questions regarding the conference email parcfd-conf2017@strath.ac.uk﻿