On the 23rd September 2019 an event was held to celebrate the official launch of the Ramshorn as the new home of the Confucius Institute for Scotland’s Schools (CISS) and Scotland’s National Centre for Languages (SCILT). The redevelopment of the former Ramshorn Church, an iconic part of Glasgow’s streetscape since 1826, was made possible by CISS being awarded the status of “model institute” by Confucius Institute Headquarters (Hanban) in recognition of the quality of its work, resulting in joint funding from Hanban and the University of Strathclyde. 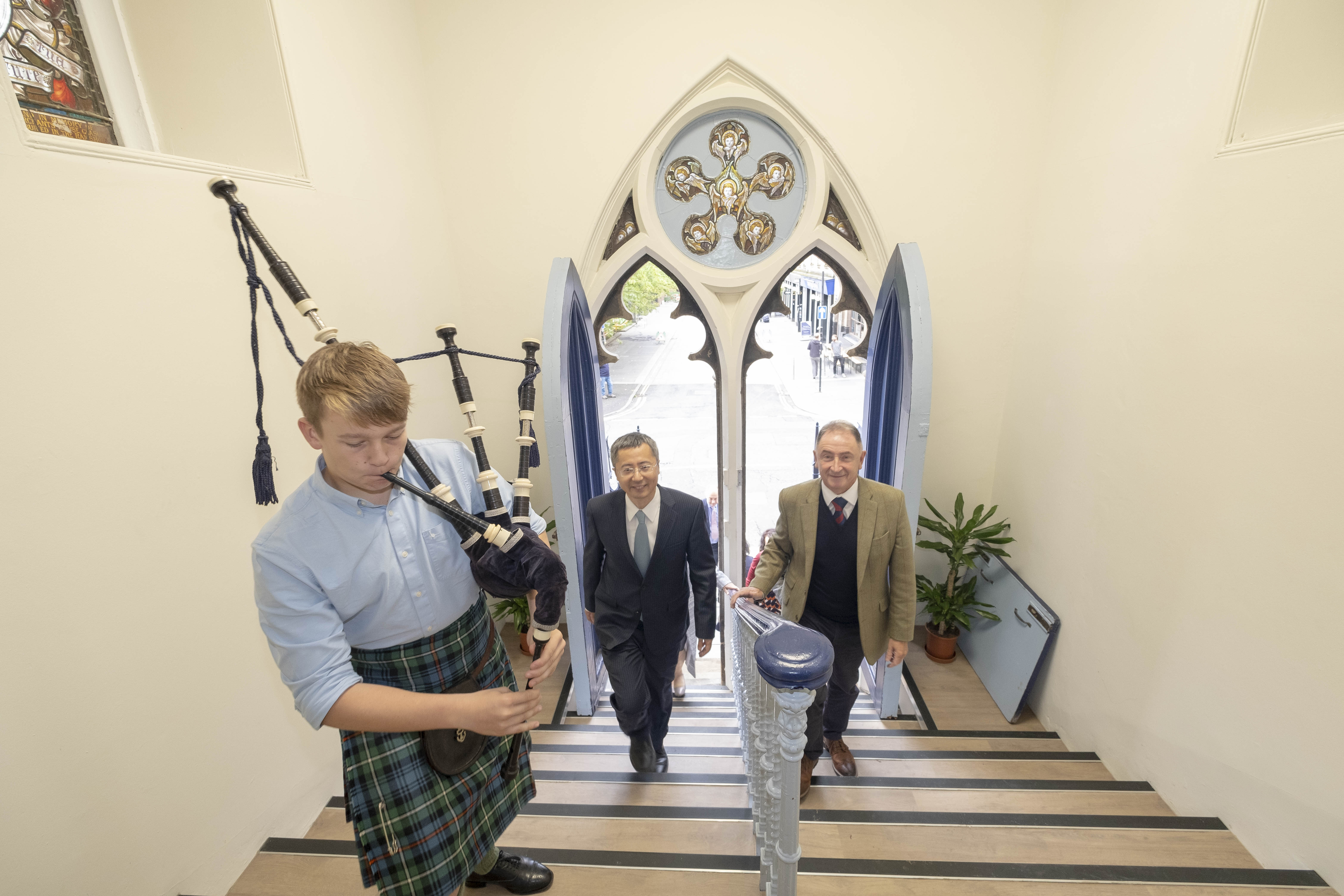 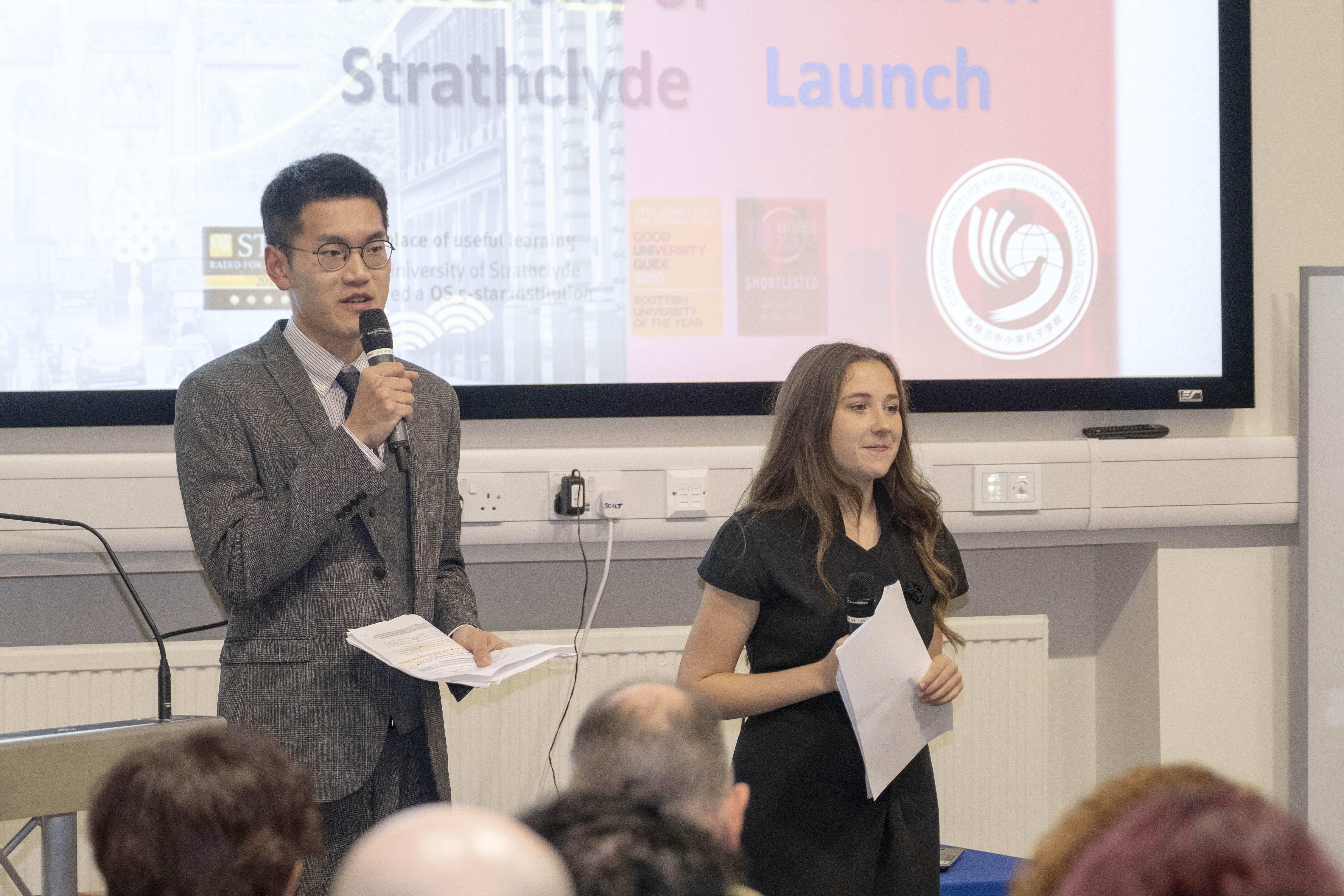 Yu He and Erin Duffy welcome guests to the Ramshorn

The event celebrated links between Scotland and China and showcased the linguistic and cultural talents of Scotland’s children and young people. It was hosted by Erin Duffy, a former recipient of CISS’s Tianjin Scolarship, and Yu He, a Hanban teacher of Mandarin who will spend the next two years in Scotland.

Pupils from Braehead Primary School in Stirling, Hillhead and Bannerman High Schools in Glasgow and Mallaig High School in Highland gave musical and dramatic performances to guests in Chinese and highlighted the language skills that they have developed within their Confucius hubs. 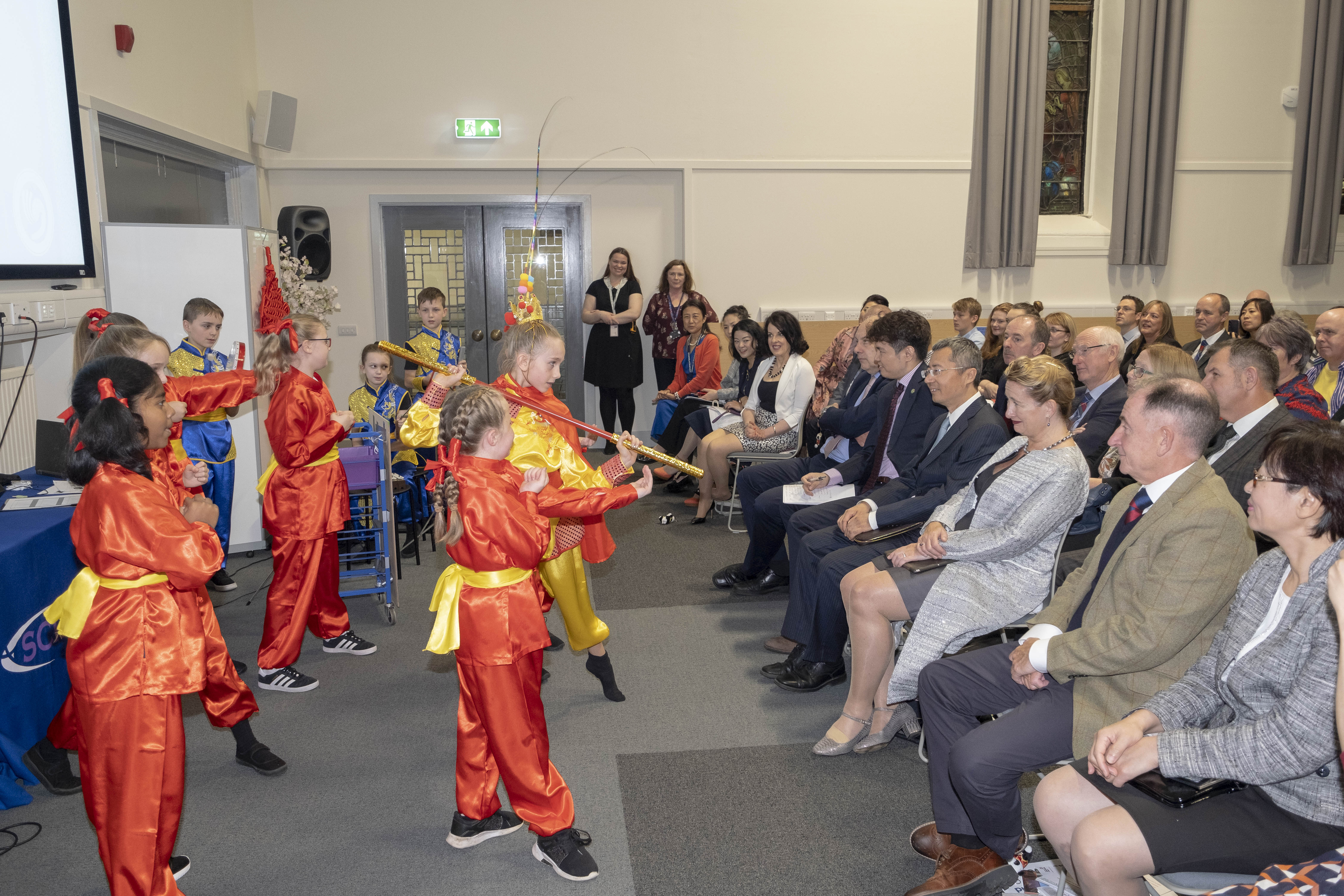 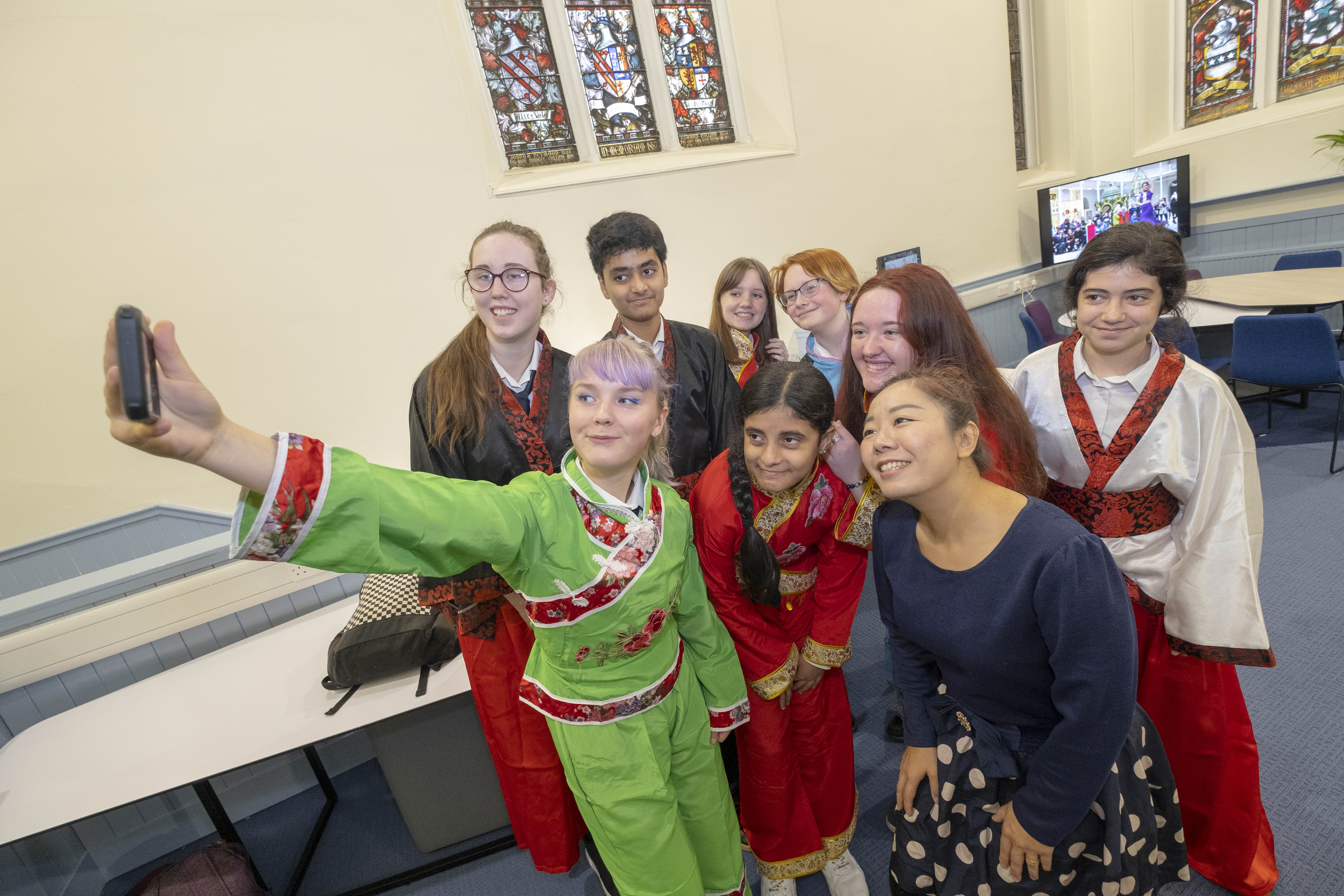 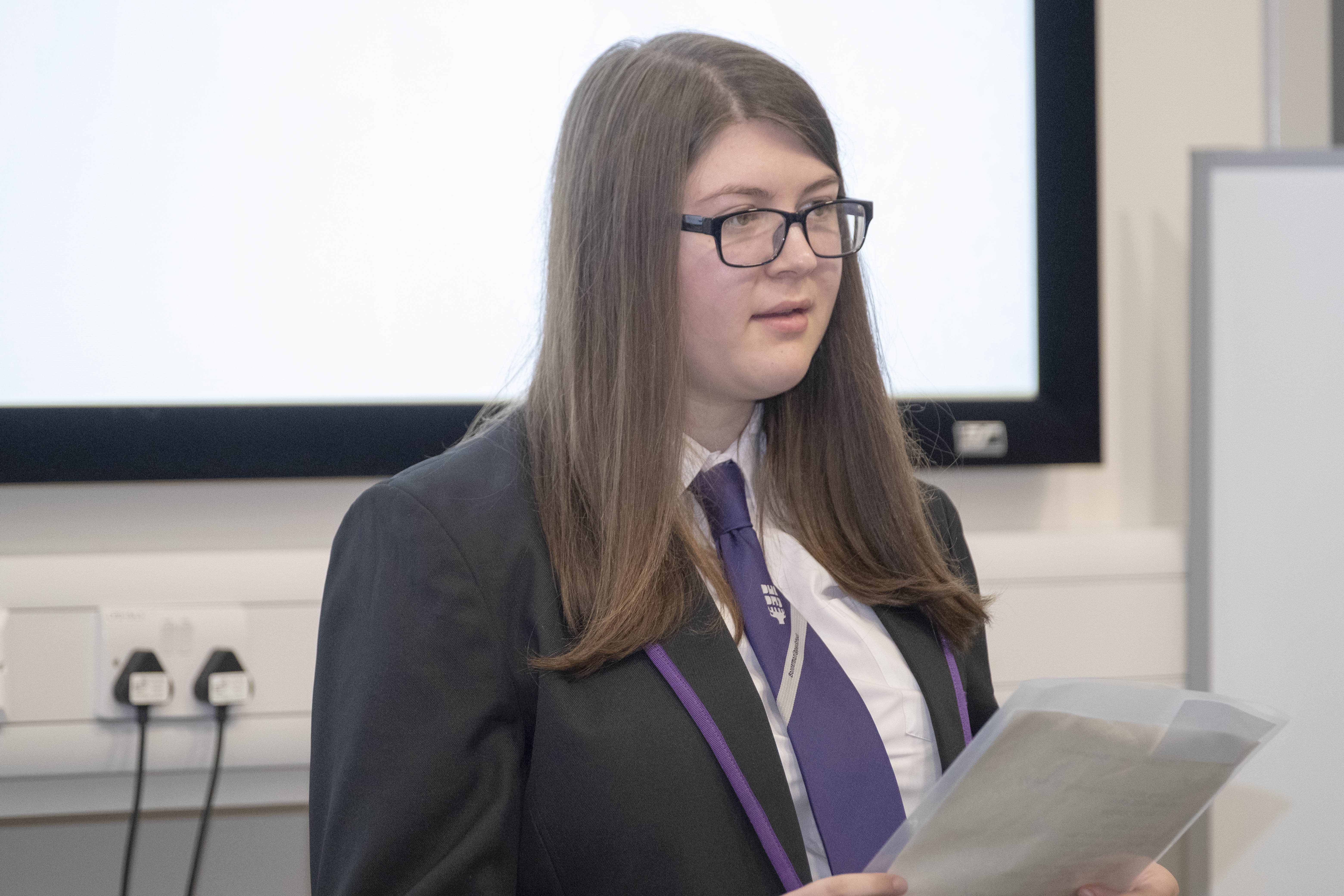 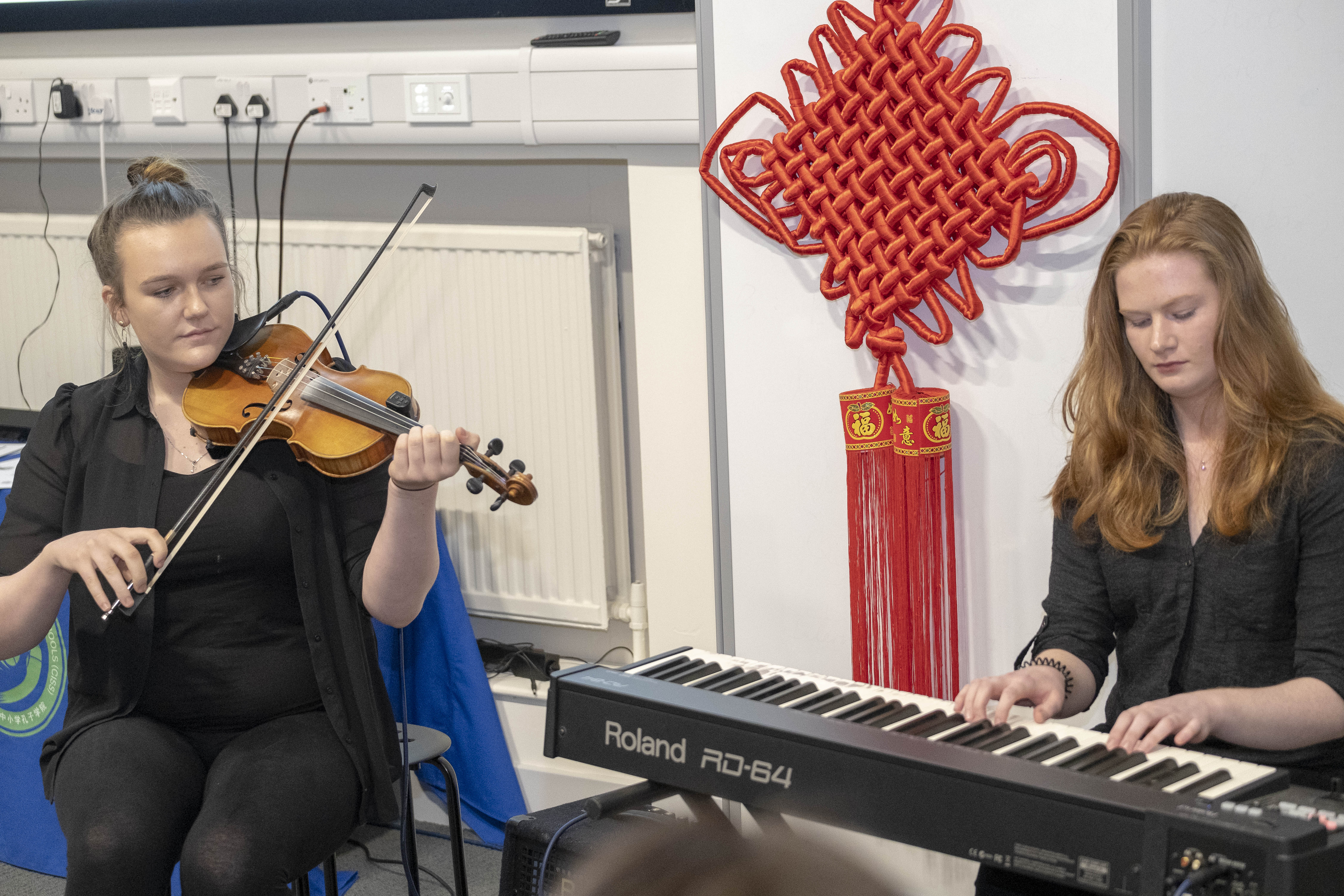 Hanban teacher Dong Lu presented an overview of her experience teaching Chinese to schoolchildren on the Isle of Arran, and former Tianjin Scolarship recipient Nathan Epemolu spoke about the opportunities provided by the scolarship and the projects that he and fellow alumni are working on since returning from China. 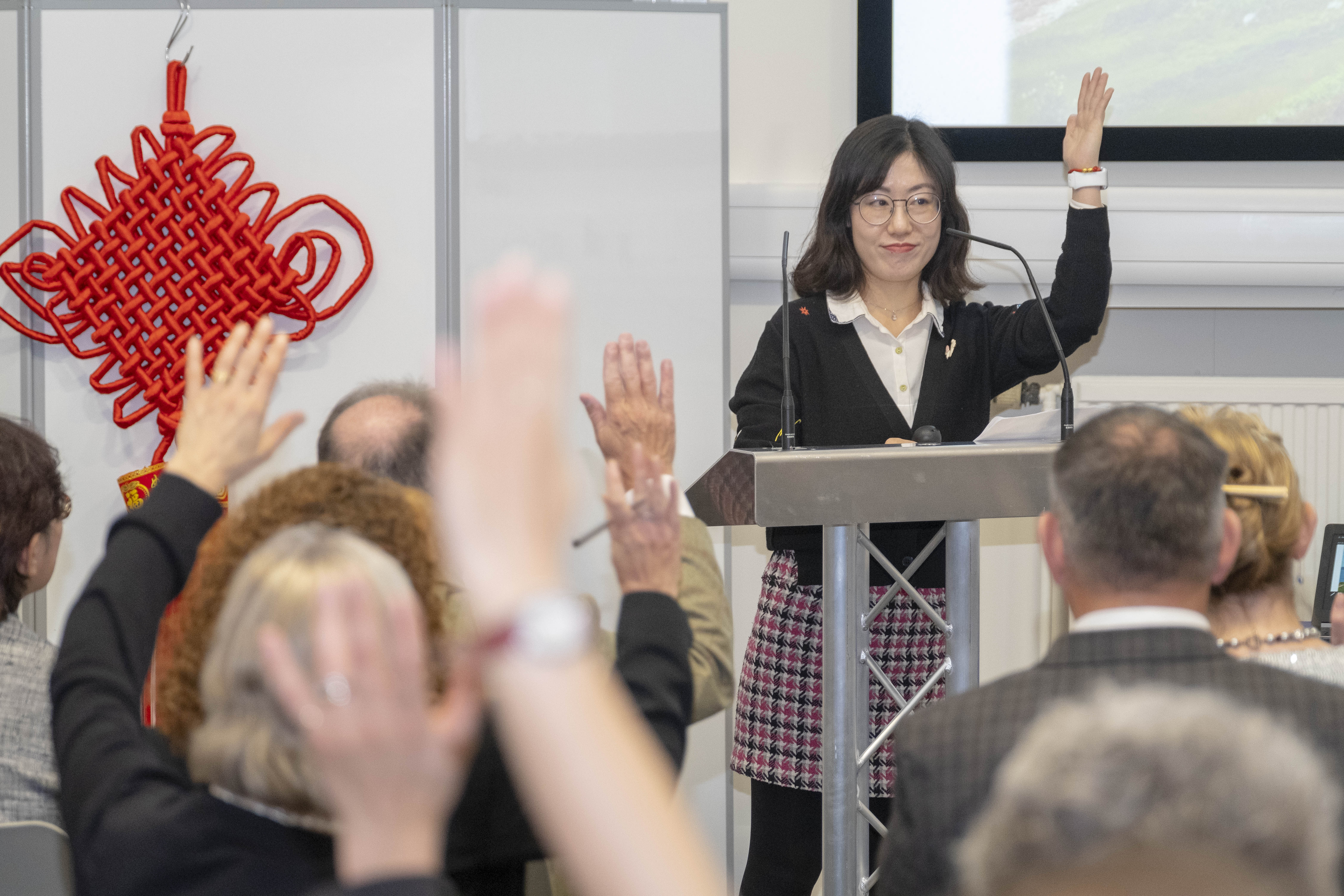 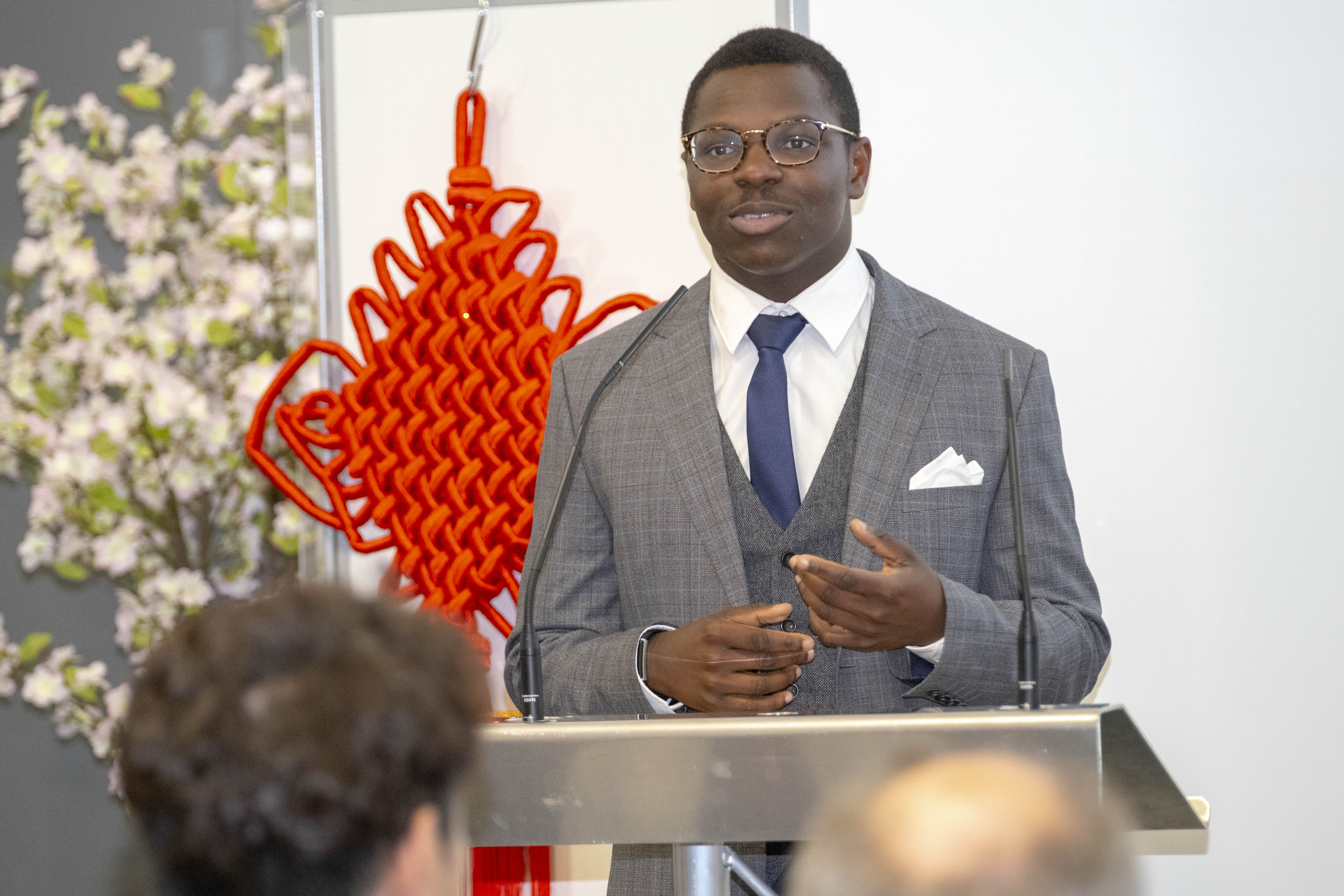 Speeches were given by the Principal of the University of Strathclyde Professor Sir Jim McDonald and CISS Director Fhiona Mackay, as well as Scottish Government representative Aileen McKechnie, Mr Qin Qilun, Programme co-ordinator of the Confucius Institute Headquarters, and Mr Wang Qi, Minister Counsellor of the Embassy of the People’s Republic of China in the UK. 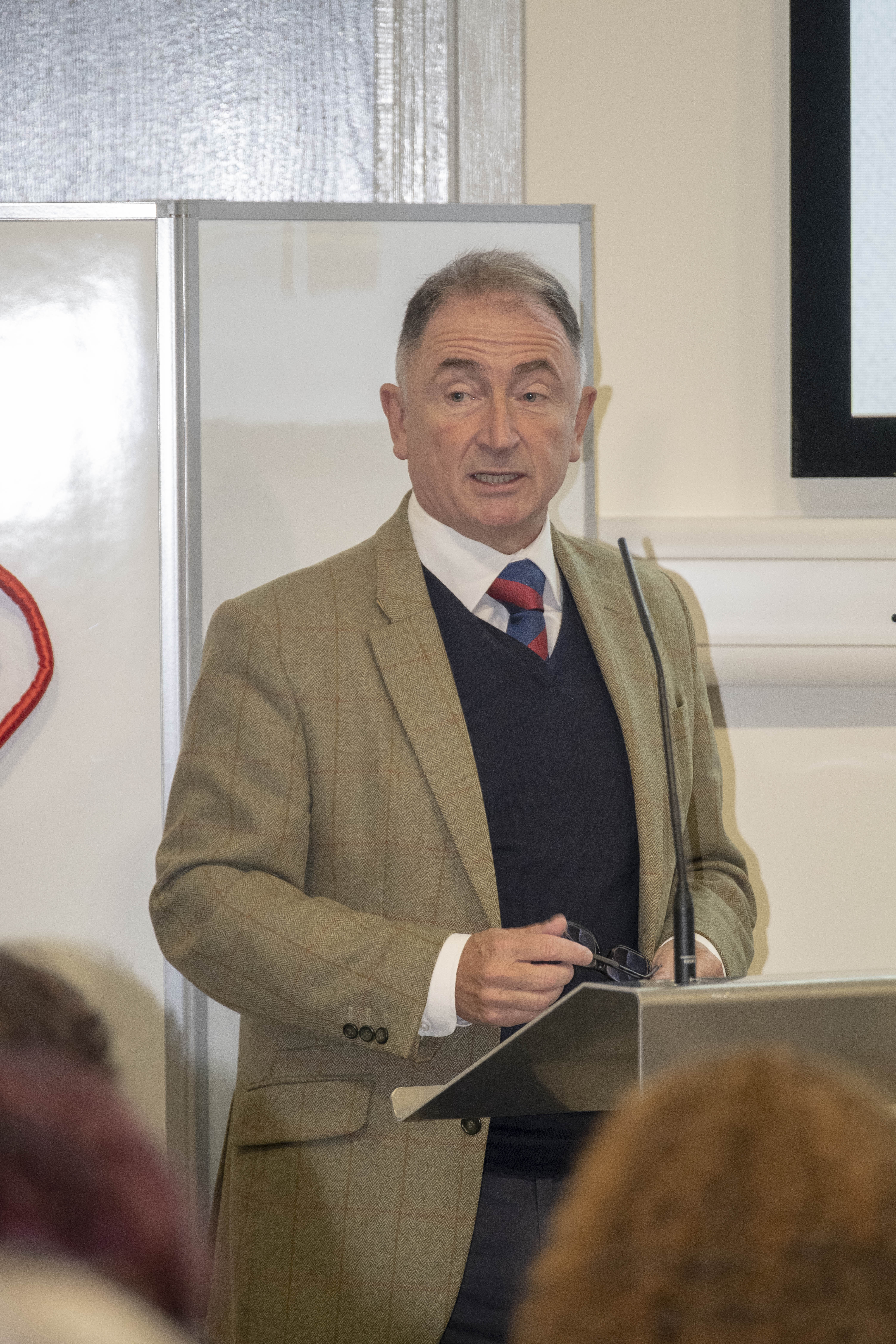 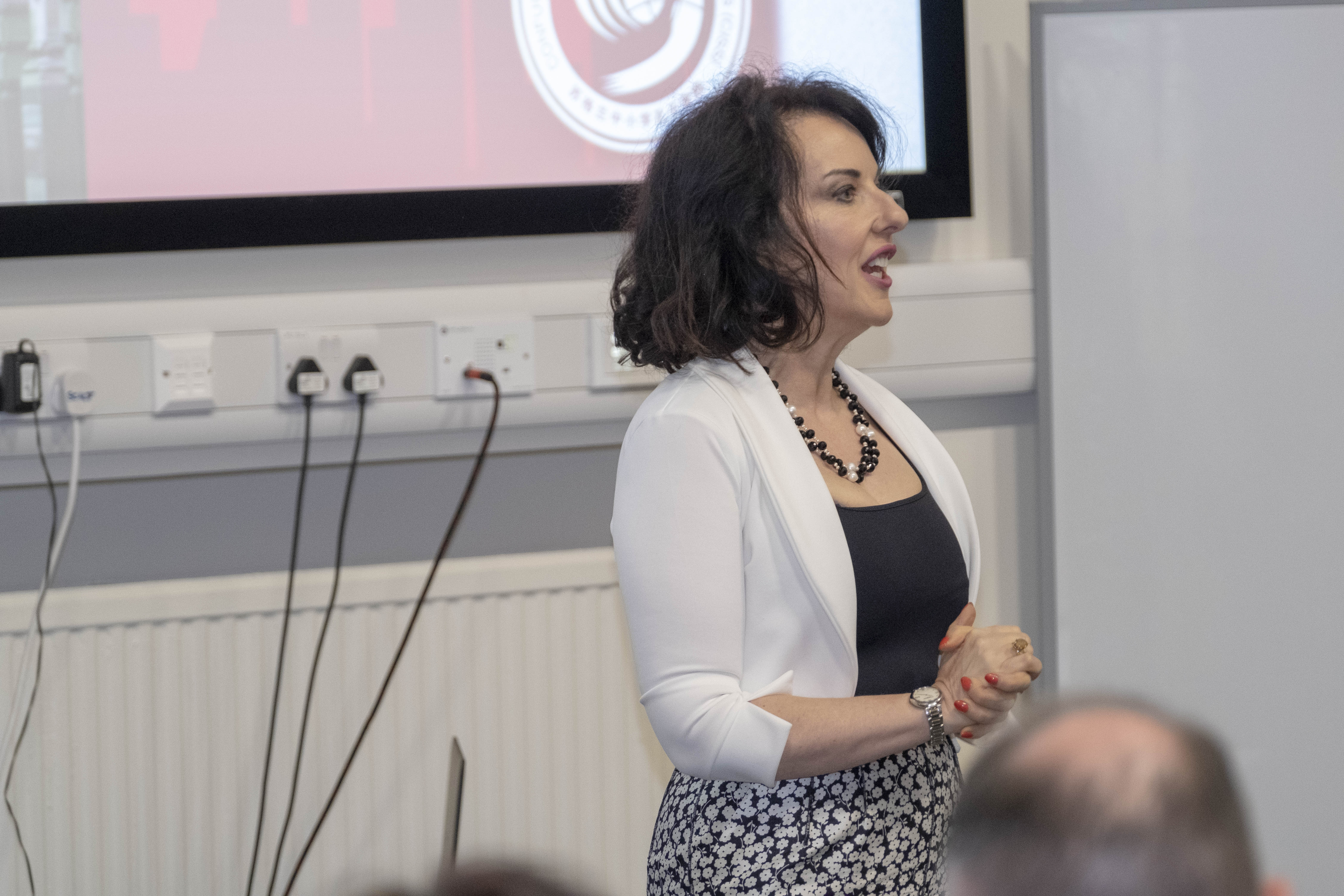 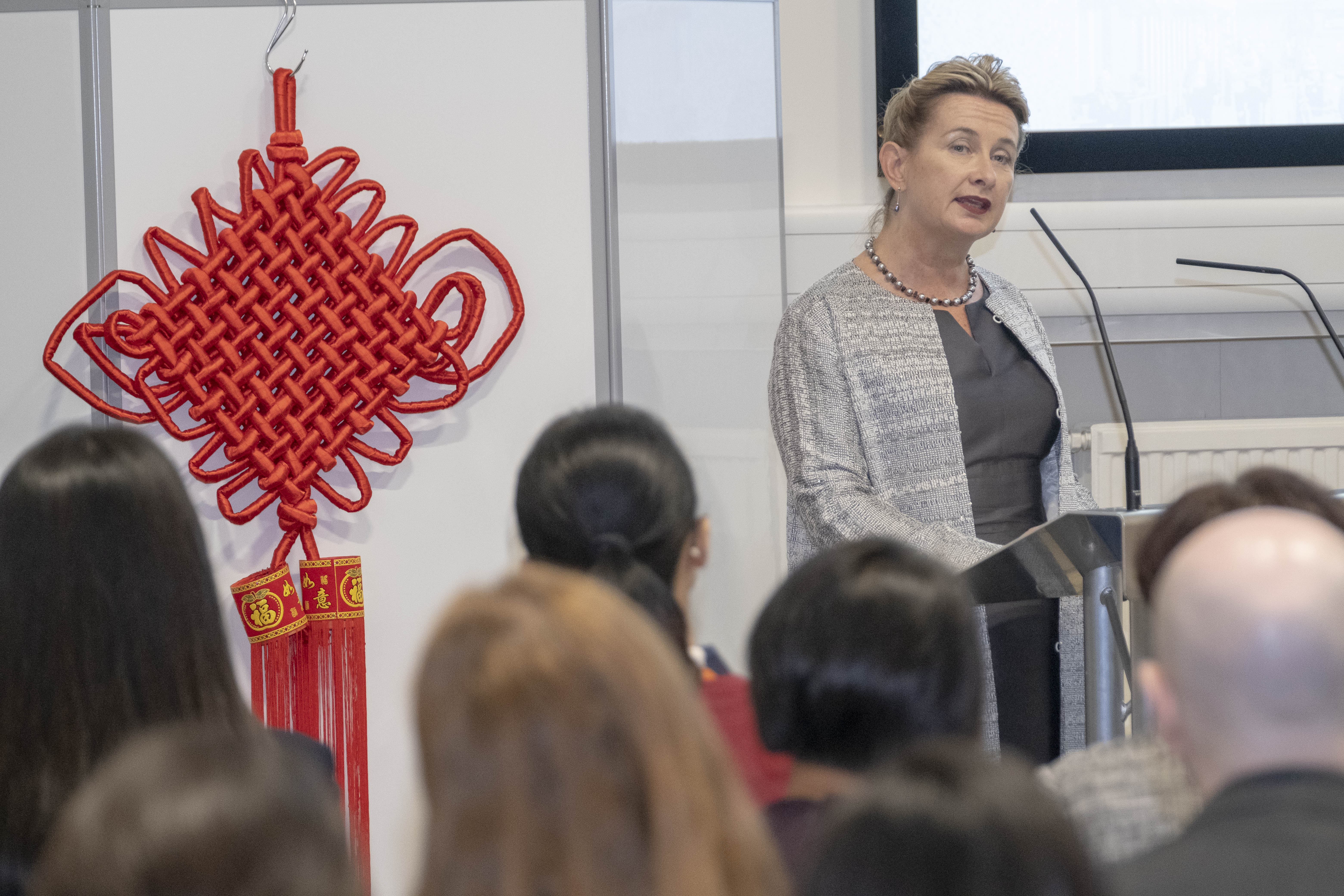 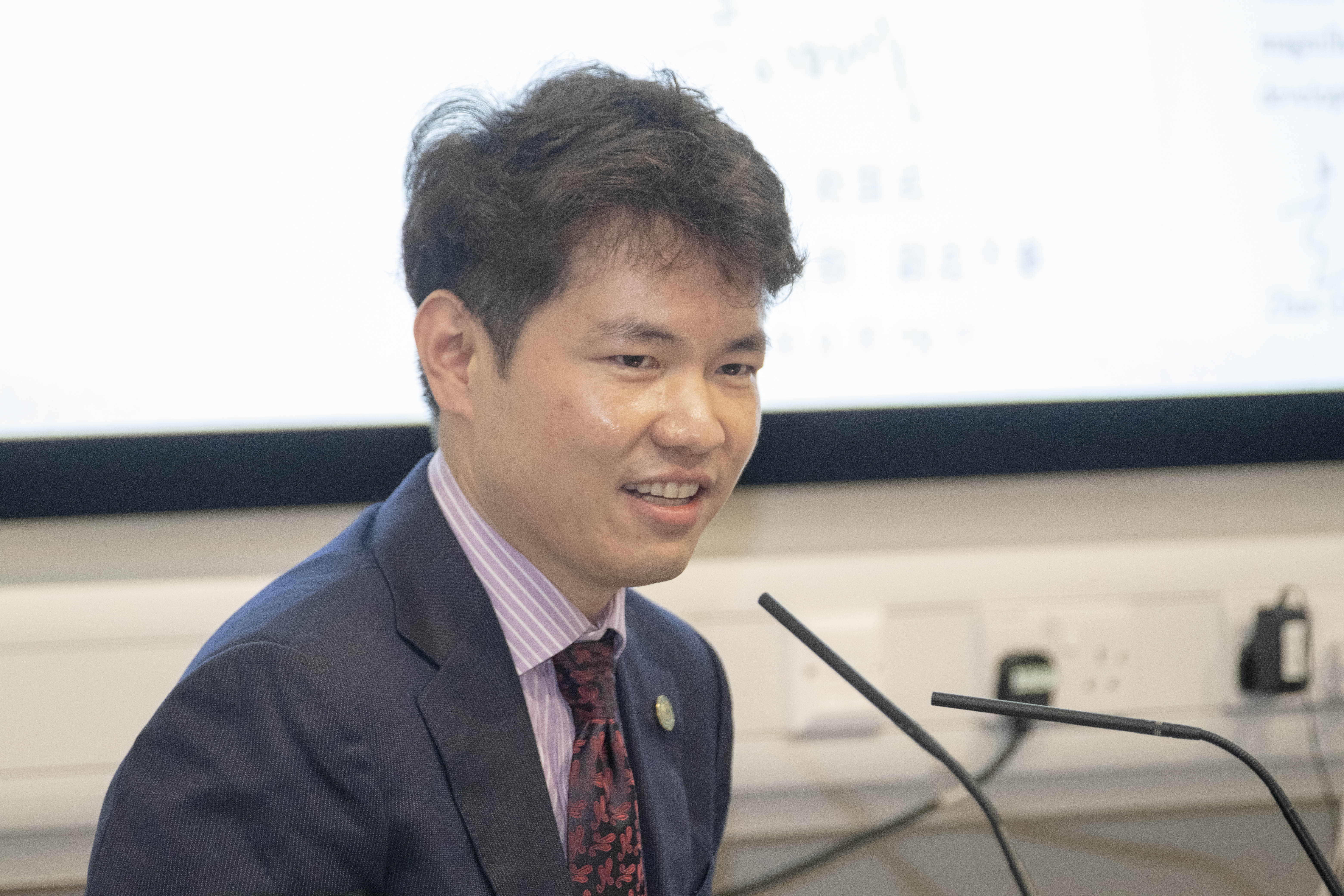 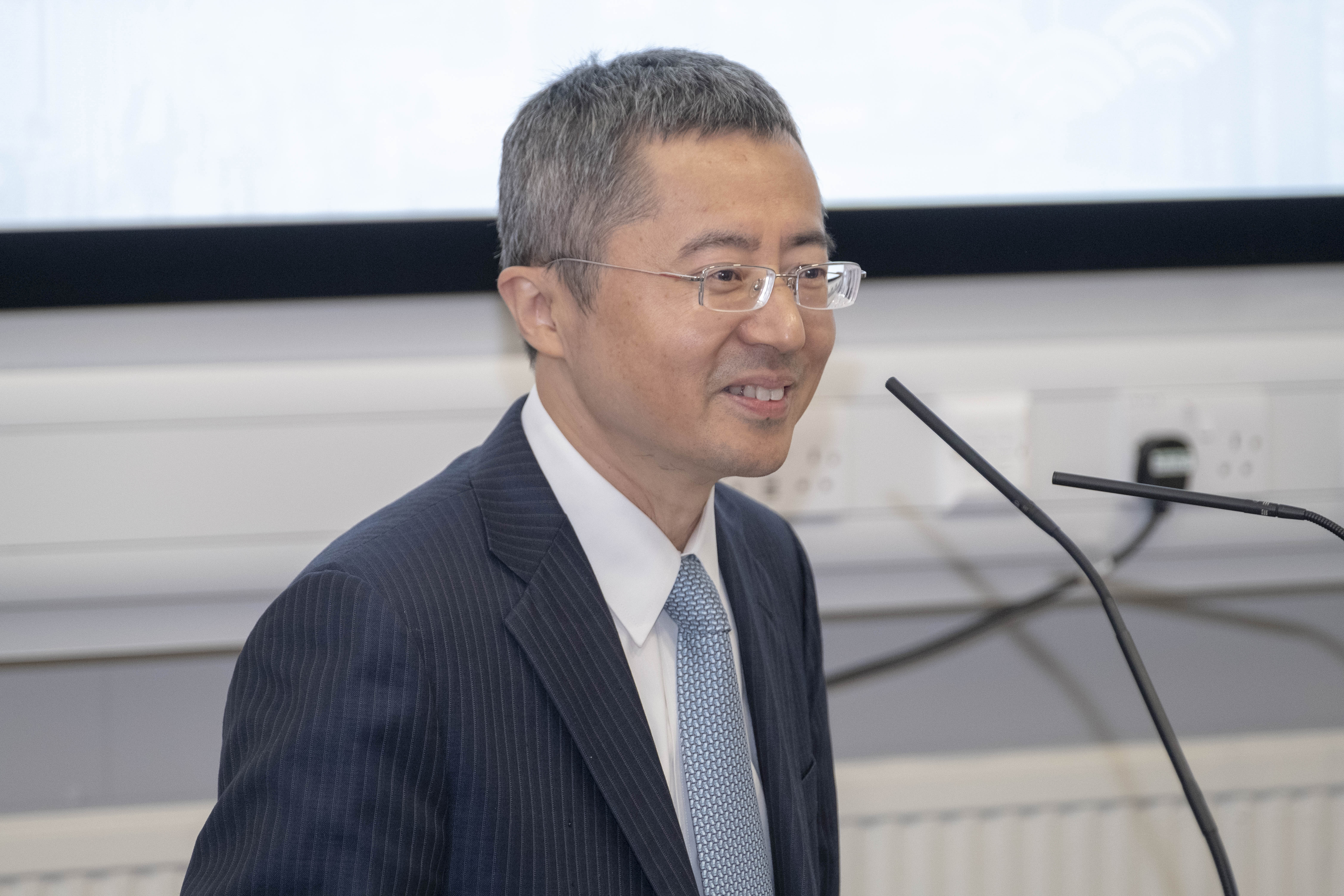 The day was a celebration of the work of CISS in Scotland and China and a tangible demonstration of what continues to be achieved by our Confucius Hubs.

Thank you to everyone who joined us to celebrate and made the day possible, we look forward to continue working with you! 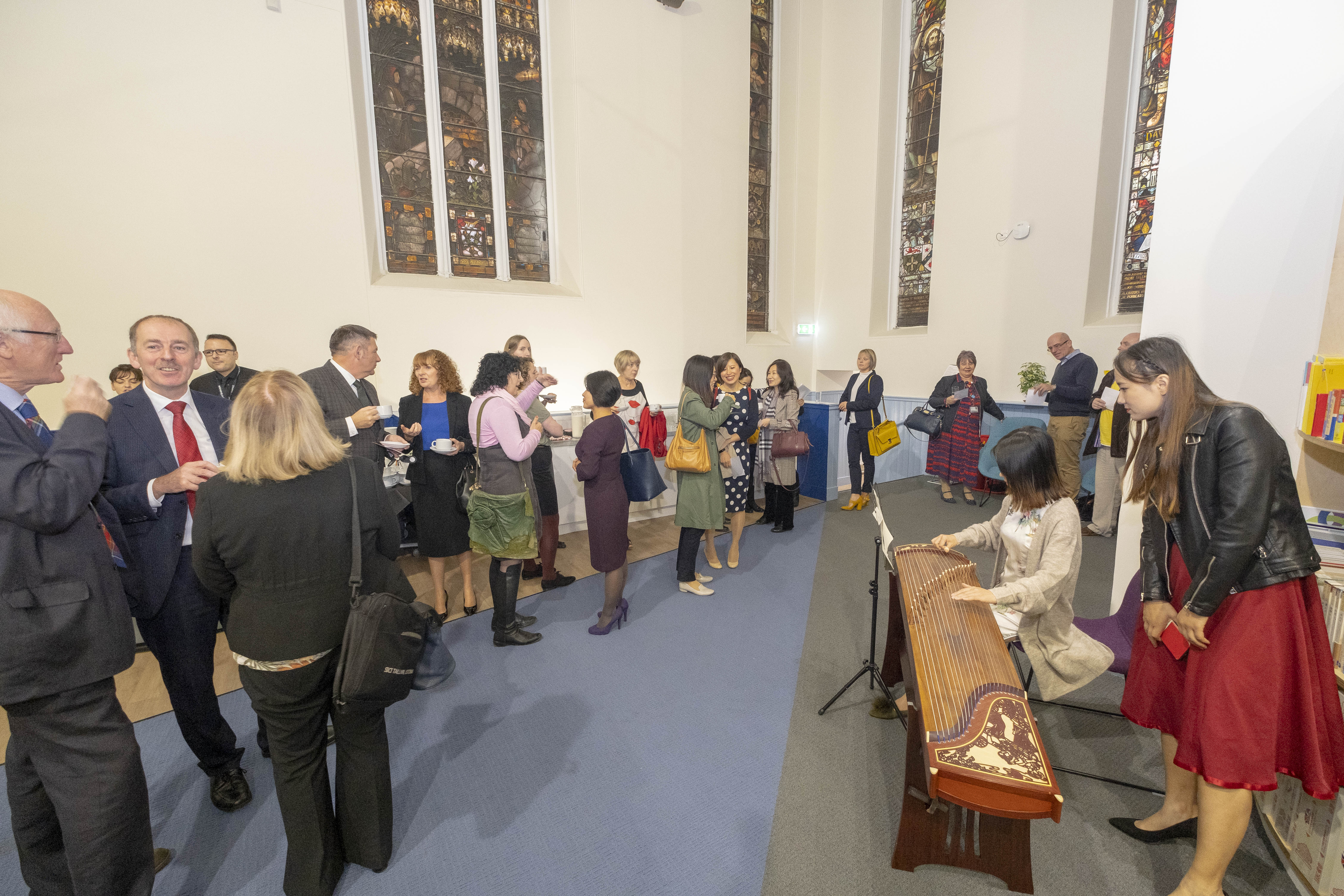 Yu He, joint host of the event, as well as Mandarin teachers Shang Qiqi and Yan Ping, who have all recently arrived in Scotland to begin their teaching experience, shared their thoughts on the celebration and compared events in Scotland and China:

“In just the second week after my arrival in Glasgow, I had this opportunity to host the big day for CISS. I think that it’s a good start for my journey with Scotland and CISS. Through my preparation for hosting I also had a look at the highlights and achievements that CISS has made. I hope that I can also have a memorable experience here like the "Arran island master" Miss Dong.”

“As a Chinese teacher who came here recently, I am very happy to be involved in the launch ceremony of the building. It was totally different from China, and the event was full of the style of Scotland, which I had only seen in films. Standing in the crowd, it was like I had entered a completely different world. Later, the event was full of laughter and everyone was free to talk and share their happiness. People stood there while eating and chatting like in a scene from Downton Abbey. How amazing! It was totally different from China, where we would have shared the food around a table. But I really enjoyed this cheerful atmosphere, where we can communicate freely and meet different people. In addition, the students' wonderful performances and fluent Chinese also really impressed me. This was a meaningful experience.”

“This was my first time taking part in this kind of UK style event. In China, we also have launch ceremonies for new buildings, companies, schools and so on, but the lunch and cultural activities are quite different. For example, Chinese people would seat around in a restrictive manner and wait for the dishes to be delivered by the waiters one by one. Most of the time, people sit with someone they are not very familiar with or even never meet before. But in the UK, people hold their plates and stand in the room casually, and chat with others in a comfortable manner. Initially my colleagues and I weren’t sure how to behave, but I think that with time I will gradually get accustomed to this style and blend into my new working surroundings, and I am sure that day will come soon.”