What I Did on my Holiday

Hello. This is my second blog post from China. A lot has happened in the past month. The biggest thing by far was the National Day holiday period from the 1st to the 8th of October. National Day is a huge deal in China, as it commemorates the founding of the People’s Republic on the 1st of October 1949. This year was the biggest celebration yet, as it marks the 70th anniversary. There were huge military parades in Beijing, broadcast live on just about every single screen in the country. According to my teachers, it is impossible for a Chinese person to watch the celebrations without feeling a rush of patriotic joy.

The upshot of all this is that we were given a one-week holiday less than a month into our scholarship. We made the most of it, with 10 of us going to Zhangjiajie in Hunan Province for the week. This meant taking the bullet train from Tianjin to Beijing, followed by a 23-hour train journey to Zhangjiajie. The sleeper seats were all booked out, as were the soft seats, so we had to go for hard seats. It could have been worse though; we could have had to get standing seats, which would have meant a solid 24 hours of standing in the aisle. 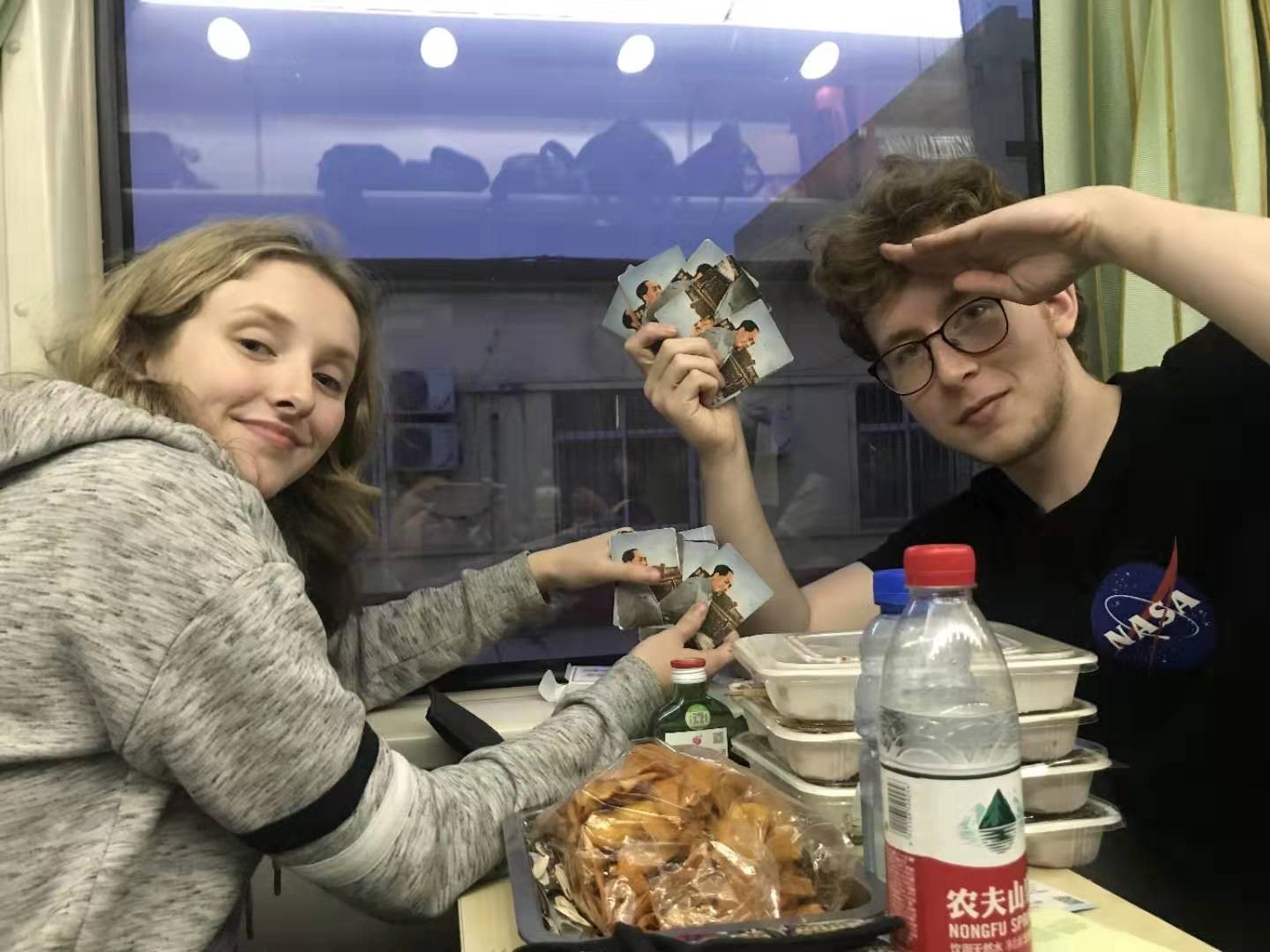 Hunan Province is home to the Miao and Tujia ethnic groups, amongst others. I spoke to a couple of Miao guys on the train there. They lived in one of the big northern cities and were going home for the week. One of them said something quite interesting: he no considered himself a real Miao. He felt he had lived so long in Han China that he had become “Han-ified” and did not fit in with Miao culture anymore. Without knowing much about the Miao people, I was not really able to comment, but it was interesting to hear about the experience of living as a minority in China.

Once we arrived in Zhangjiajie we went straight to our Airbnb, which was literally at the foot of the mountains.

The family that ran the place was excessively kind. The daughter of the family, who was maybe in her late 20s, volunteered to act for free as our unofficial tour guide for several days. She showed us all the best tourist spots and helped organize our travel to and from the places. They had two dogs. They kept chickens in their front yard. 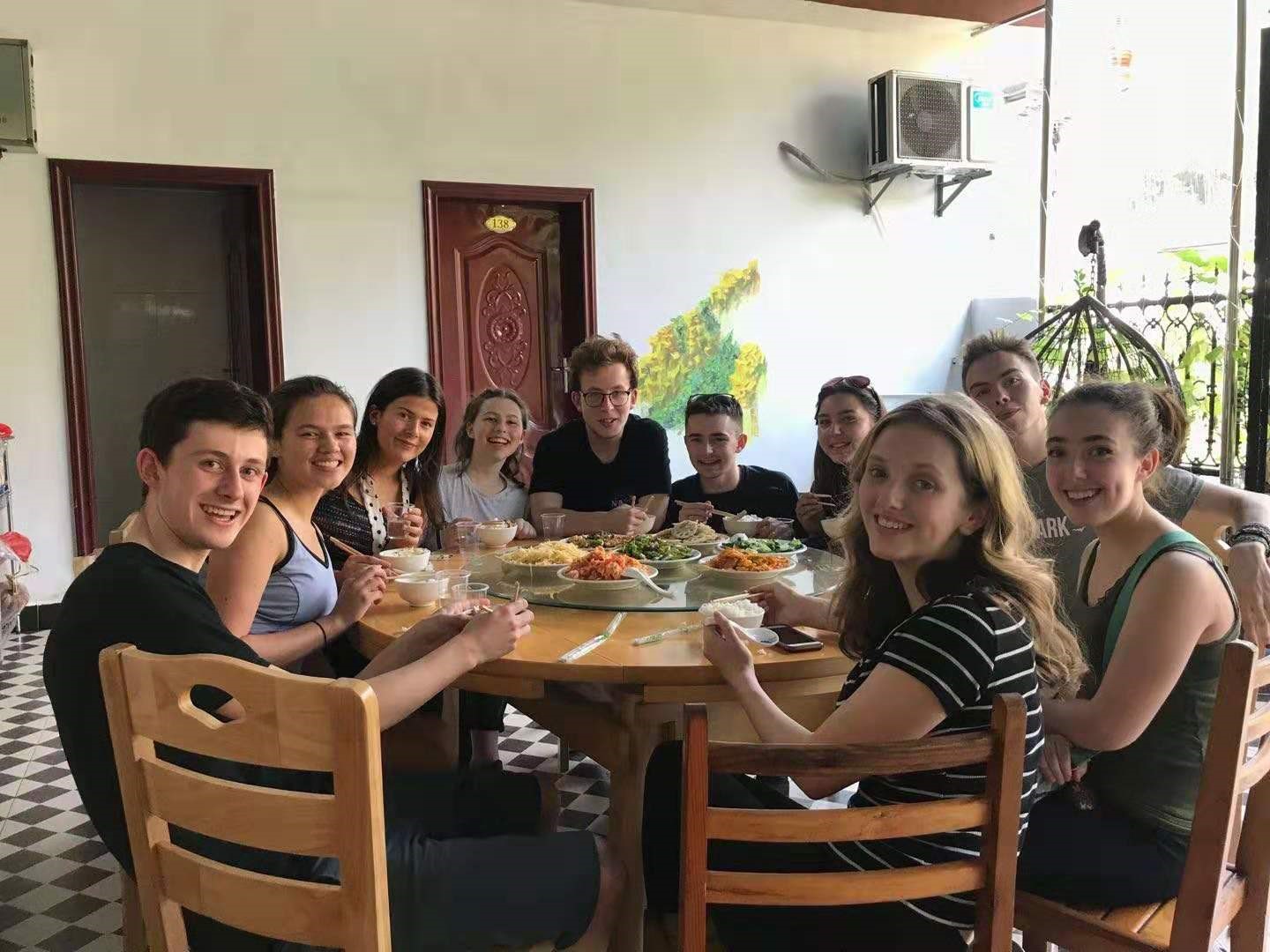 We spent most of our time in the mountains. The area surrounding Zhangjiajie is famous for its mountains. The movie Avatar was partly filmed in Hunan’s mountain areas. There are these strange rock formations, almost like vertical cylinders. I don’t have a good photo of them but you can sort of see them in the background of these pictures. 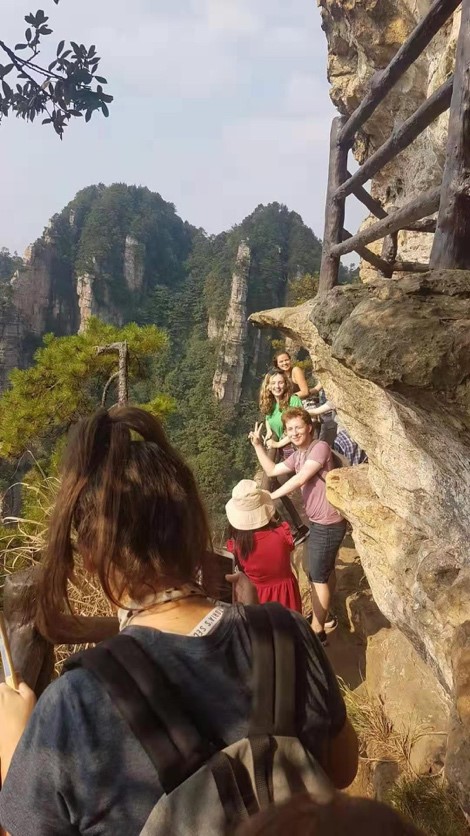 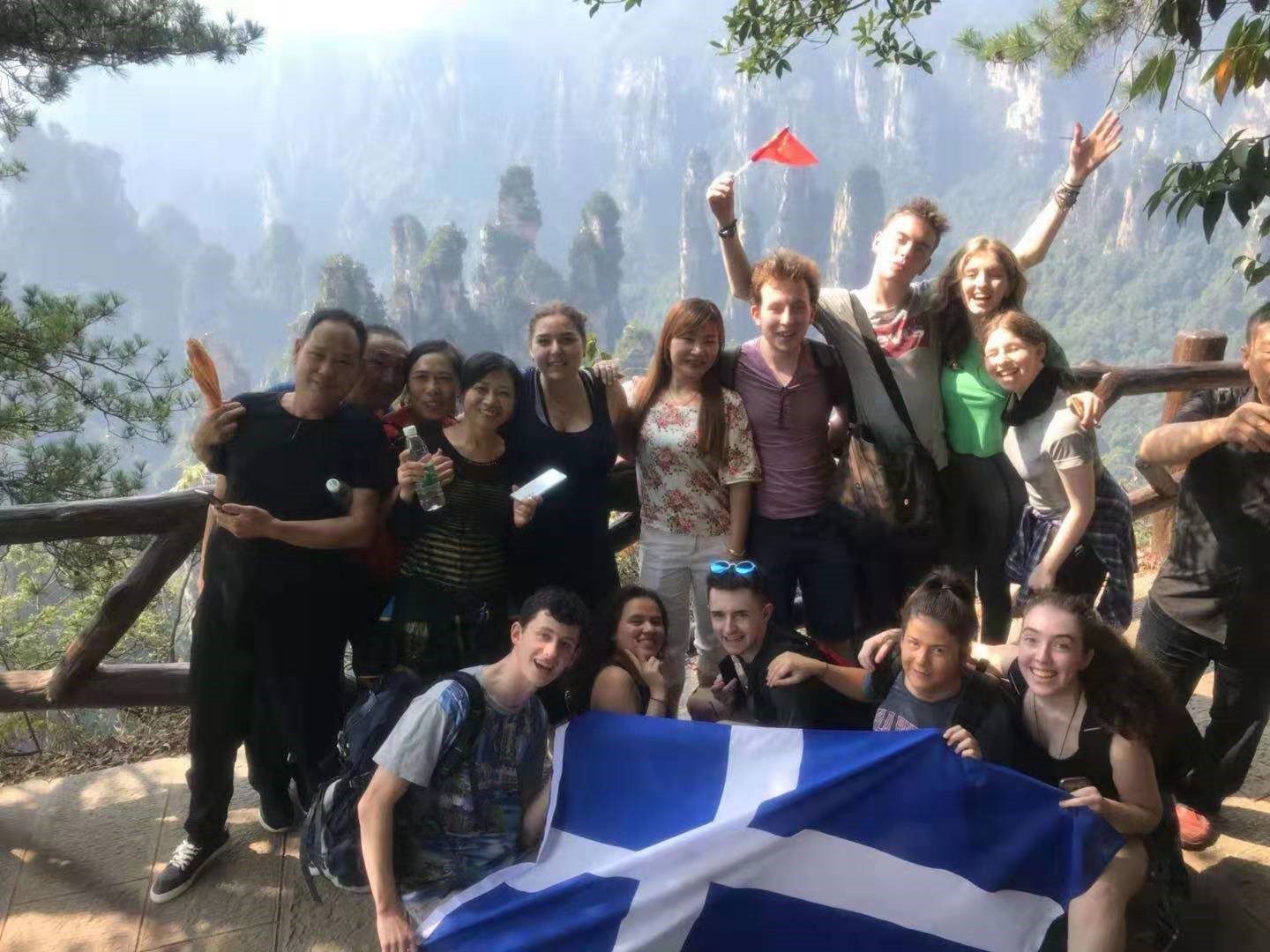 We took a cable car from the middle of the city to the top of Tianmen mountain (Tianmen means “Heaven’s Gate”). The cable car took 30 minutes to reach the top, which was above the clouds. Looking down from the top, all I could see was white. It was a really beautiful experience. There were frogs and wild cats at the top of the mountain. We took the bus back down, which was nerve-wracking, since the path was unbelievably narrow and at this point it was pitch black outside.

I am really enjoying my time in China so far, and can’t wait for what is to come.