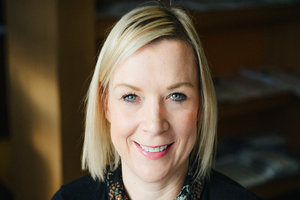 Fiona Dyer, Interim Director of the Centre for Youth & Criminal Justice (CYCJ), gave expert comment on a BBC story that reported Scottish Police have stopped and searched 3,000 children in fifteen months - yet in two thirds of cases, found nothing. The youngest person to be stopped and searched was a seven year old girl suspected to be in possession of drugs.

Fiona appeared on BBC News and their online news site on Tuesday October 15th and commented: "This is a form of abuse and exploitation that these children need to be protected from. So when we hear of primary school-aged children as young as seven involved in what could be classed as serious offending, it is clear that this is a child protection matter and should be responded to as such."

"These children are victims of other people's actions and there is nothing to be gained by dealing with them in a criminal way.

"In recognition of this, the Scottish government are including child criminal exploitation in their new child protection guidelines, as they are aware this is placing some children at risk and having detrimental impacts on their lives that they need protected from."

CYCJ believes that children can be exploited, coerced or threatened to act criminally by people they trust, and that all child criminal activity should always be viewed through a child protection lens.

Find out more about Centre for Youth & Criminal Justice >>