This two-day interdisciplinary conference will examine the nature, value and legacy of Alasdair Gray's artistic output, considering his literary work and his visual practice, and the relationship between the two in Gray's oeuvre. The conference is entitled "Making Imagined Objects" in tribute to Gray's own repeated and modest claim that he was a "maker of imagined objects".

This is the second International Alasdair Gray Conference. The first one, convened by Professor Camille Manfredi, took place in Brest in 2012 and resulted in the critical book, Alasdair Gray: Ink for Worlds (Palgrave Macmillan, 2014), which Gray himself contributed to. This second Alasdair Gray Conference, with some of the same organisers involved, intends to be its continuation a decade later, expanding towards an even greater validation of Alasdair Gray's pluraity of forms.

We look forward to welcoming you to Glasgow, a profoundly Alasdair Gray city. 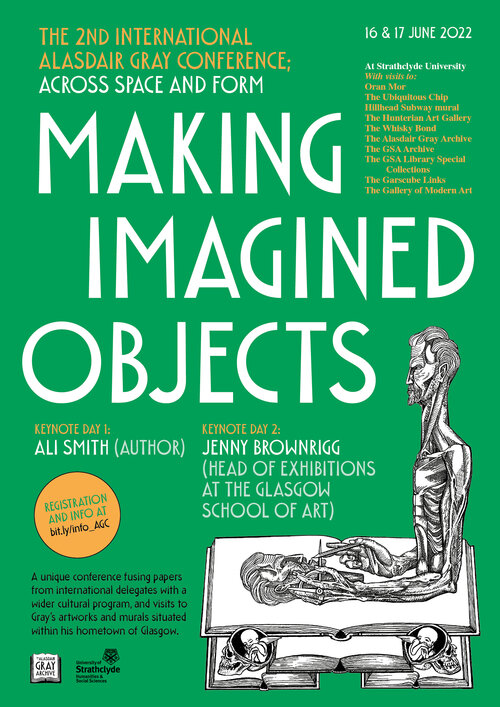 Read our COVID-19 information leaflet for visitors here before your visit.