The history, role & functions of the British Embassy in Paris﻿

Dr Rogelia Pastor-Castro’s co-edited volume, with Prof John W Young, on The Paris Embassy: British Ambassadors and Anglo-French Relations, 1944-79, was the basis for a Witness Seminar at the Foreign and Commonwealth Office (FCO) entitled: The History, Role and Functions of the British Embassy in Paris. 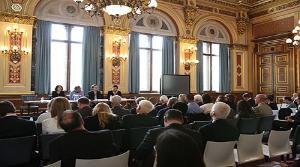 Dr Pastor-Castro presented her research on the Ambassadorship of Sir Oliver Harvey in this event which brought together historians and foreign policy practitioners to discuss relations between Great Britain and France since the end of the Second World War.

The afternoon session was devoted to the Witness Seminar; this involved the testimonies and perspectives of those FCO officials who served at Paris. The session was chaired by Matthew Rycroft, Chief Operating Officer, FCO and the Witnesses were: 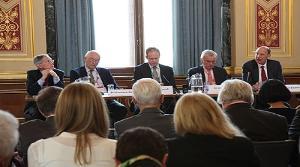 It was the intention of the Witness Seminar session to pick up where the book ends. The audience consisted of FCO alumni and current staff, academics and students of foreign policy.

Find out more about the day's events by reading the FCO's summary. 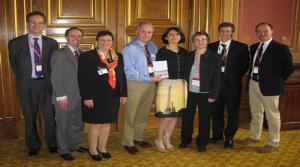 The event at the Foreign Office also marked the publication of the book, Rogelia Pastor-Castro and John W Young (eds), The Paris Embassy: British Ambassadors and Anglo-French Relations, 1944-79 (Palgrave 2013)﻿. 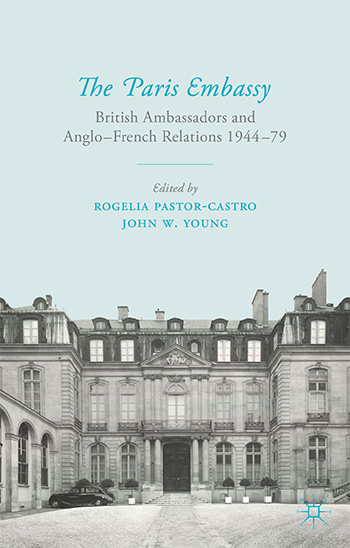 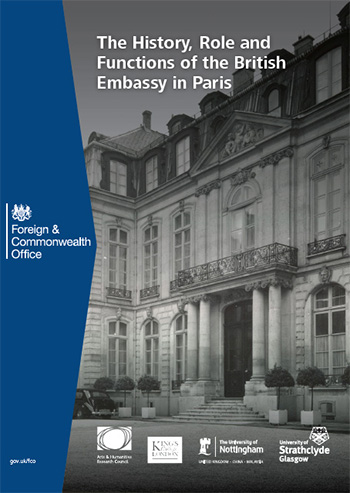 Find a member of our staff﻿