Current Strathclyde PhD student Araceli Venegas-Gomez shares her experience of being a woman in STEM.

My Experience As A Female Engineer

During my aerospace engineering studies in Spain some years ago, only 1 out of 10 students on my course were female. At that time, being surrounded by males appeared natural.

A few years later, when I started working at Airbus (the leading European aerospace company), I again found myself in a male dominated environment. Now, looking back, I realised several attributes did not make my career any easier. I was a young, foreign, female engineer, developing myself in Germany. It was sometimes hard; I had to fight to prove that I could do as well, if not better, than the rest of my male colleagues.

Not being able to speak the country’s language is something easy to improve, as one can learn it. Acquiring experience over the years overcomes one's age for any position. With respect of being a woman, there is nothing that can be done about this. Yet the issue here is that being a female in engineering could hinder your development. I remember thinking that I had to work twice as hard to be considered at the same level as other male professionals. Why was it like that? I still have not found the answer.

I was always interested in science and physics, and later fell in love with Quantum Physics. This made me choose to take a turn in my life and I decided to change my career and go back to University.

At the University of Strathclyde, I was impressed by the ratio of females studying Physics. During my Master of Research, around 25% of the students on the course were female. Now, I am studying at PhD level and the number of women is way fewer.

Along with my studies I have an active role in various organisations. These extra activities focus in science communication and career development. I am a STEM Ambassador in the UK, and a Committee member of the European Physical Society Young Minds. I am also the President of SCOPE (Strathclyde Student Community for Optics, Physics and Engineering) and part of WaSPs (Women @ Strathclyde in Physics).

The University of Strathclyde, Scotland and the United Kingdom offer several opportunities to enhance your academic career. For example, within the Researcher Development Programme (compulsory for any PhD student), there are some courses on science writing, outreach, and other soft skills necessary in research. Some of these skills are also transferable for other possible future careers.﻿

Looking back, I ask myself why I chose to study aerospace engineering followed by Physics. There is no female scientist in my family to play a role model. Still, I was sure I wanted to go into these areas.

I recently read the book "Inferior", written by Angela Saini. I also had the opportunity to attend one of her presentations when she visited Glasgow. Saini explores women's inferiority from a descriptive and scientific view through history. This book made me wonder why are gender and diversity in STEM still a hot topic.

I am very interested in understanding why the percentage of women in high STEM positions is so low. It seems that there is a decrease in the number of females at PhD and early post-Docs levels. Are women generally not interested enough in STEM fields? Do women think there is no point in persevering to get into academic positions? Is there a relationship with the decision to start a family? To answer these questions is not easy. It might depend on the general context and personal situation.

I am aiming at finishing my PhD before the end of 2019 and am already thinking about what to do next. One clear thing to me is that I want to continue communicating science to the general public. Additionally, I want to persist on encouraging young females to pursue degrees in Science. I want to inspire people to do what they like with their careers, knowing their options.

I truly believe anyone can achieve anything they aim for. Dreams can become true with hard work and empowerment. You only need clear goals and motivation. It does not depend on your gender or on your background.﻿

To read more of Araceli's blogs 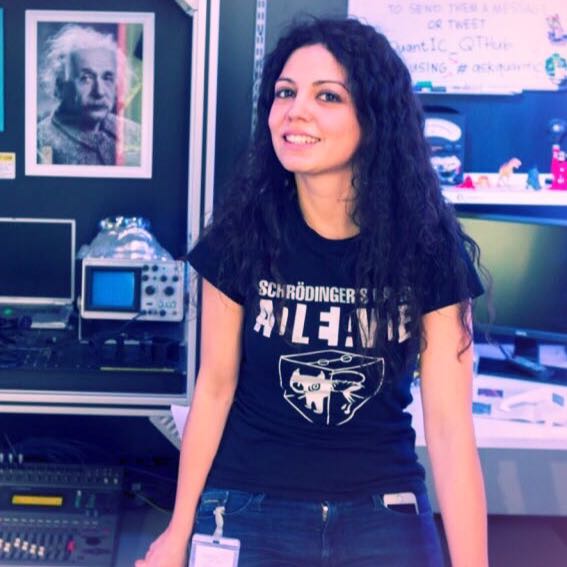