Over the past year Dr Christine Davidson and Dr Debbie Willison have been working with schools across Scotland to study heavy metals in soil. They have measured copper, lead and zinc in school playgrounds from the Borders to the Highlands, and from the Forth Estuary to the islands of the Clyde. Dr Christine Davidson shares her experience of the Soils in Scottish Schools Project.

The Soils in Scottish School Soils project was funded by the Royal Society of Chemistry. The aim was to get second year secondary school pupils interested in science through studying their local environment, in particular the soil in their school grounds. All the secondary schools in Scotland were invited to take part. Just over a quarter said yes. We sent them newsletters, outlines for experiments pupils could do in class, and resources to help teachers run a lesson on soil chemistry. This included the infamous Zap game – designed by Kara, a summer student intern from the USA – where teams of pupils answer questions about soils and get to impose penalties on rival teams.

The next job was to prepare for the second stage of the project, where pupils were going to take samples of soil from their playgrounds and send them to the University for analysis. A research team of undergraduate students was put together to work on the project: Craig, Bethany, Stuart and Cameron. They prepared all the instructions and equipment that the schools would need to take their own samples. Of course, the sampling methods had to be tested.  As you might imagine, we got some really odd looks digging up the lawn outside the Principal’s office, in the pouring rain, in the middle of October!﻿﻿

What did we find?

Forty-three schools sent samples in for analysis. The work took several months to complete since – unlike in Star Trek – real analytical science doesn’t involve just pointing something at a sample and having it read out the answer. The soils had to be dried, sieved, ground, weighed out, digested in hot acids (in a microwave oven), diluted, and then analysed by a special instrument called an inductively coupled plasma mass spectrometer. This can measure tiny amounts of trace elements, down to parts-per-billion levels.

The amounts of copper, lead and zinc that we found in the soils covered wide ranges. It was interesting that, in most samples, there was more lead than copper and more zinc than lead – so the elements came in the order Cu < Pb < Zn. One other thing that stood out was that soils from schools in the Central Belt had higher average concentrations of all the heavy metals studied than more rural soils. This reflects Scotland’s industrial past, in particular the long history of mining, steelmaking, shipbuilding etc centred around Glasgow. Although these industries are long gone, the soil still carries a legacy of trace elements from that time. The good news is that, although some samples contained higher concentrations than others, the levels are still almost all within the ranges measured for urban soils in other parts of the UK. So there is no cause for concern about the health of pupils who come into contact with their school soil.

We rounded off the project with a Grand Environment Day and Poster Competition. Pupils brought along winning posters from competitions they’d run in their own schools to take part in the Grand Final. We had presentations from students and staff in the project team. The highlight was a talk from Professor Iain Stewart, well-known for his BBC TV documentaries, including How Earth Made Us and Rise of the Continents. They say it’s never wise to meet your heroes – and Iain is certainly one of mine because of all the work he does communicating earth science to a wide audience – but I’m pleased to say he is as enthusiastic and engaging in real life as on the telly.

The poster competition winners were St Ambrose High School, Coatbridge. Second place went to St Andrews RC Secondary, Glasgow, and third to Douglas Ewart High School, Newton Stewart. Pupils on each of the winning teams received vouchers and each of the winning schools received a cheque to buy something to help with their science teaching. Every pupil that attended went home with a popular science book. We hope this might encourage them to think more about how important science is in daily life, and maybe even become the scientists of the future.

Debbie and I are planning to apply for a grant to do a new project on a new topic next year. Meanwhile, if any teachers would like a copy of the Soils Project Report or resources, please email me at c.m.davidson@strath.ac.uk 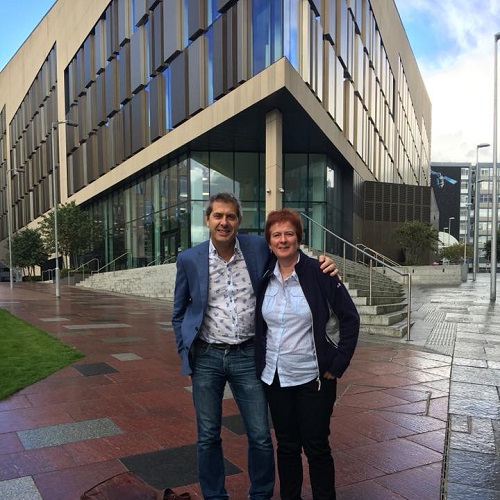 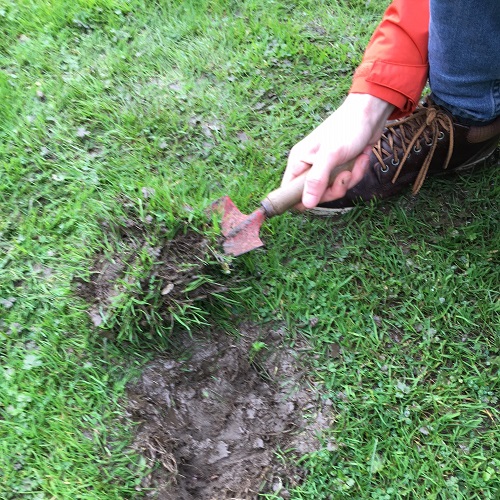 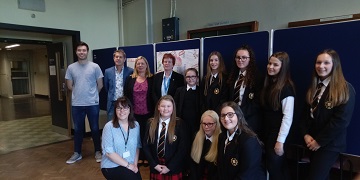 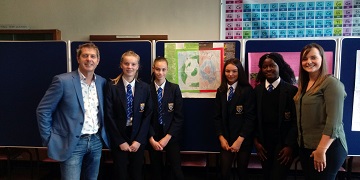