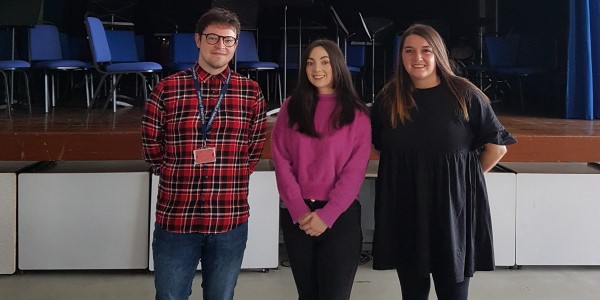 We started Maths Week Scotland with a visit to Auchenharvie Academy in North Ayrshire.  At Auchenharvie Academy we ran our Cryptography workshop with pupils from S1, S2 and S3. The pupils had a great time decrypting codes and learning about the history of cryptography. Of course, it wouldn’t be Maths Week if our activities weren’t maths themed! We spoke to the pupils about the maths and science behind cryptography and cryptanalysis using a short presentation, as well as talking about the history of code-breaking during World War II. 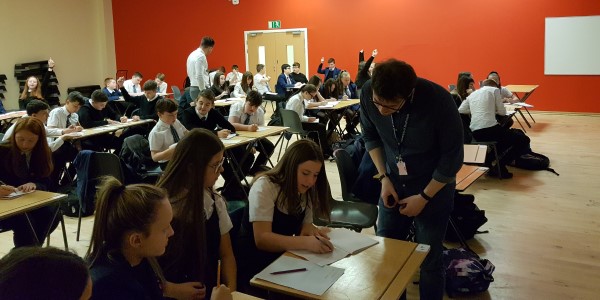 Day 2 of Maths Week Scotland saw us visit 4 schools across North Lanarkshire, South Lanarkshire and Glasgow. The morning was spent with Primary 7 pupils from St Bartholomew’s Primary School in North Lanarkshire, where we ran our Murder Mystery workshop with the clues to help solve the mystery all having a maths theme. This workshop was not only an excellent way for getting all the young people involved but also the teachers too!

The final visit on a busy day 2 of Maths Week Scotland was to Notre Dame Primary School in Glasgow, where P6 and P7 pupils took part in our Murder Mystery workshop! Throughout this workshop, pupils learnt valuable problem-solving and teamwork skills, as well as developing their knowledge of maths in general. They even got a chance to try a small chemistry experiment to learn about the different inks in pens!

"The feedback we received from schools about our events were overwhelmingly positive, with many schools saying that they would like to continue working with us in the future."

Day 3 of Maths Week Scotland took us to Our Lady’s High School in Cumbernauld for their Inter-Authority Conference which was also attended by Higher pupils from 7 other secondary schools from different local authorities.  The Inter-Authority Conference provided us with the opportunity to further develop our newly created Network Theory workshop. This workshop shows students how the study of networks can be used to study the relationships between objects. We showed the pupils the Seven Bridges of Königsberg problem, a historic puzzle in mathematics which led to the development of graph theory and network theory.

We also visited Holy Cross Primary School in Croy, where we delivered our Scratch workshop.  Scratch is a newly revamped workshop designed specifically for younger pupils to introduce and teach them about coding. Computer coding plays a fundamental part in applying maths to many real-world problems, and so in this workshop, pupils are introduced to simple and fun coding problems, requiring them to use and develop good problem-solving skills and strategic thinking. 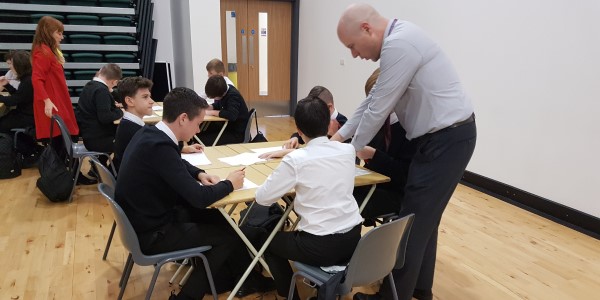 We were off to Inverclyde for a morning visit to Clydeview Academy to run our Network Theory workshop with S2 pupils. The pupils enjoyed learning about the different theories and algorithms, such as Dijkstra’s algorithm used by GPS systems, and even had a go themselves at applying the algorithm to a network!

Our afternoon visits were to St Benedict’s Primary School and St Charles’ Primary School, both in Glasgow. Primary 7 pupils at both schools enjoyed our Murder Mystery workshop and the pupils had fun solving the crime using maths-based problem-solving techniques. 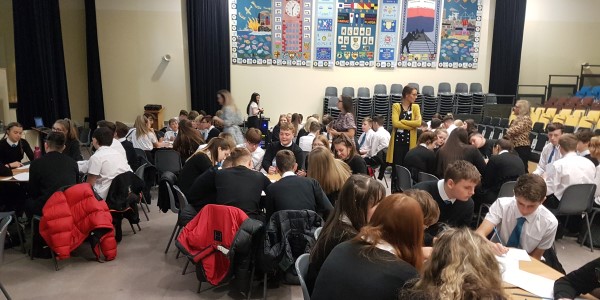 The final day of Maths Week Scotland was our busiest day of the week with visits to 5 schools across the West of Scotland. First up was St Benedict’s High School in Renfrewshire where we met with S5 and S6 pupils to deliver our Network Theory workshop again. Part of this workshop introduces pupils to the idea of a matrix, a good stepping-stone for pupils interested in studying Advanced Higher Maths.

We then moved on to Clydebank High School in West Dunbartonshire where S4 pupils took part in our Cryptography workshop, applying knowledge they attained from our presentation in order to solve ancient ciphers and reveal the secret messages.

The Strathclyde Science Scouts had a fantastic week visiting 15 schools across Scotland to educate pupils about the importance of maths. Overall, we ran workshops to around 1567 pupils, seeing more than double the number of pupils from last year’s Maths Week Scotland! 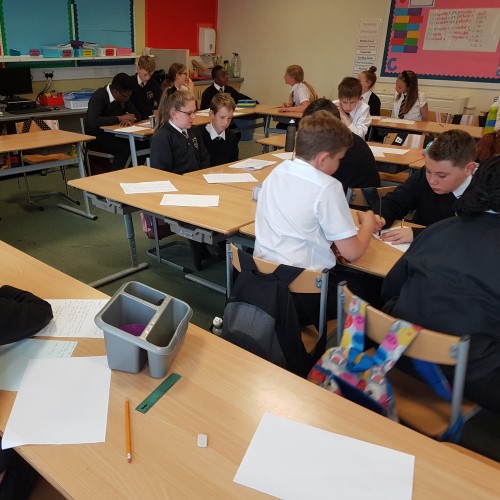 Study Mathematics and Statistics at the University of Strathclyde 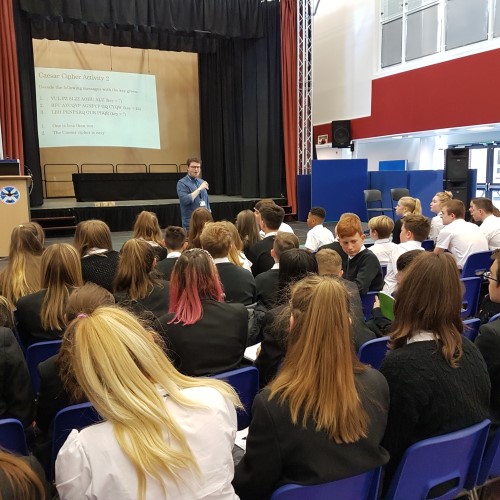 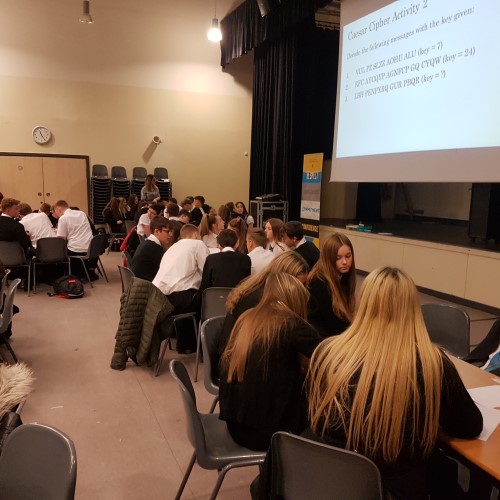