The University of Strathclyde Genealogical Studies Postgraduate Programme launched the Declaration of Arbroath Family History Project in association with the Foundation for Medieval Genealogy in October 2018. King Robert’s mission, to gain recognition for Scotland as an independent nation, particularly from England, following the Scottish War of Independence, led to the creation of a letter to the Pope in 1320, which has become known as the Declaration of Arbroath. The letter was sent on behalf of the nobles and barons of Scotland, many of whom were named in and attached their seals to the document. The new Project will see both students and staff carry out research into these individuals and their families, culminating in an exhibition which it is hoped will tour several venues. It will also involve a genetic genealogy strand, to discover previously unknown descents from these individuals through DNA testing.

The project will consist of two strands, a documentary strand and a genetic genealogy strand. Further information relating to the project can be found in the information sections below.

This will be based largely on PG Diploma student work in researching specific individuals who are named or set their seals to the Declaration of Arbroath, accumulated over two years – academic sessions 2018-19 and 2019-20 and would consist of the following:

This will be based largely on staff research with some student involvement and will consist of the following:

As reported previously, at least one set of research findings on all 48 individuals associated with the Declaration have now been submitted by Diploma students – 40 as part of this Project, in addition to findings on another 8 who had previously been researched as part of the Battle of Bannockburn Family History Project. These findings will be supplemented by submissions from Diploma students which will be available at the end of February. The findings consist of brief biographies, four generation genealogies showing descendants of the grandparents of the focus individual and details of coats of arms. The list of their names can be found on the Strathclyde genealogy website at http://www.strathgenealogy.org.uk/declaration-of-arbroath/

Student work detailing male line descendants for up to 10 generations of 16 of the individuals will help to inform further staff work in the genetic genealogy strand of the Project. The first phase of this strand involved the gathering of DNA test results from well documented male line descendants of some of those who were associated with the Declaration. This strand has now entered the second phase, focusing on analysis of test results and identifying matches with individuals who do not have documentary evidence of their medieval descents. A number of these have now been identified as descendants of ‘signatories’ of the Declaration and research is proceeding to expand this number and explore further the branching of the focus families. One important conclusion has been the identification of genetic markers carried by the noble family of Boyd. This means that Boyds taking a Y-DNA test will be able to discover whether they are descended from this family of Boyds, first recorded in the 13th century.

Boyd (including descent from Hay)

If feasible, further research on other families may be carried out, such as the families of Campbell, Maxwell, Ross, and Umfraville.

Contact has been made with a number of DNA projects and we have been working with these as the research progresses.

A projected list of the 16 individuals to be featured in the Project exhibition has now been compiled. The exhibition will display biographies, genealogical charts and coats of arms of these individuals, as well as presenting documentation on all 48 of the individuals associated with the Declaration and details on the genetic genealogy research carried out.

Work is progressing on the preparation of materials for the Exhibition, with the genealogical charts and coats of arms in draft form.

The Project Exhibition will be held initially at Arbroath Abbey from 3 July to 14 August 2020 and also presented at Dumfries Museum from 12 September to 31 October.

King Robert I (the Bruce)

Contacts with the following DNA projects

Contacts with other organisations

Previous progress reports can be downloaded and viewed via the links below;

A provisional list of the 16 individuals to be featured in the Project exhibition has now been compiled. The exhibition will display biographies, genealogical charts and coats of arms of these individuals as well as details on the genetic genealogy research carried out.

The Project Exhibition will be held initially at Arbroath Abbey from 3 July to 14 August 2020.

The exhibition will also be presented at Dumfries Museum from 12 September to 31 October.

Coverage in the press 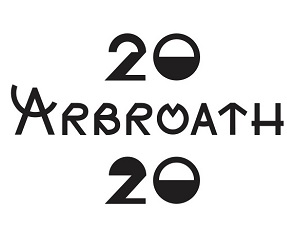