A fully-funded position to undertake research in the ground-breaking field of quantum sensing and measurement, after the first year specialising in Magnetometry.
Eligibility
Back to opportunity

This project on the measurement of magnetic fields, which will push the attainable sensitive below the femtoTesla level (ten orders of magnitude below the Earth’s magnetic field), has begun at the University of Strathclyde. Using compact, room temperature, atomic samples the new lab will compete directly with superconducting quantum interference device (SQUID) based systems that require prohibitively expensive cryogenic environments. The outcomes of the project will be immediately applied to measurement of real-world systems, including bio-magnetic fields such as those produced by the neuronal electrical activity of the human brain.

This project is funded within the UK Quantum Technologies Program, offering a fully funded PhD position within the Experimental Quantum Optics & Photonics group at Strathclyde, lead in collaboration by Prof Erling Riis, Dr Aidan Arnold, and Dr Paul Griffin. The group is closely linked with other Quantum Technology Hubs exploiting Strathclyde’s position as the only University to be involved in all four hubs in both phases of funding. 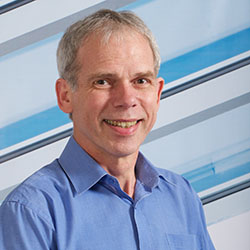 Informal inquires can be made to Erling Riis (e.riis@strath.ac.uk) and to pgstudies@phys.strath.ac.uk.