This project in quantum optics will analyse practical quantum radar and lidar scenarios with realistic detectors in a jamming/spoofing environment.
Eligibility
Back to opportunity

Minimum BSc (Hons) 2:1 or equivalent degree in physics or an equivalent mathematical science.

Radar enables rapid determination of a distant object’s position and velocity using microwaves and its counterpart, optical range finding using LIDAR, offers improved spatial resolution. A practical radar that exploits the advantages available from quantum physics: stealth, range extension, sensitivity and jamming/spoofing resistance, appears to be difficult to realise with current technology. The required devices for generation and detection have not been developed and the weakness of the return signal compared to the background is challenging. However, worldwide interest in quantum radar and lidar is still significant due to these possible advantages.

The promise of quantum radar is based on comparing the theory of quantum illumination [1,2] with an equivalent classical illumination theory. The task of the theory is to distinguish the two possible return states (radar target present or not) when either a quantum or classical field state is sent to interrogate the target. The advantage of using quantum light is that the two quantum return states have lower overlap, and so can be more easily distinguished, than the two equivalent classical return states.

There exist mathematical bounds based on the state overlaps that determine how well the states can be distinguished in principle. As both the quantum and classical states used (two-mode squeezed states, coherent or thermal states) are Gaussian states, having normally-distributed observables, the two theories are both couched in terms of Gaussian quantum optics. This does not allow a simple calculation of the best possible bounds, but it does allow calculation of upper and lower “bounds on the bounds” [3]. It is this calculation that shows that the advantage of the quantum over any possible classical illumination.

The main problem with the theory is that it says nothing about what the actual measurements are that might realise any of the bounds. Nor does it say anything about any practical possible measurement or about possible protection from jamming or spoofing [4]. It is the purpose of this project to analyse quantum lidar scenarios that both are practically-realisable in the laboratory and do not require interferometric stability – unrealistic for free-space optics. The work will proceed in tandem with an experimental PhD project at Strathclyde (and others elsewhere) and there will be significant opportunity to interact with this project. 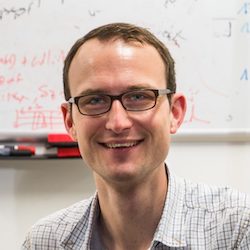 Informal enquiries should be made to supervisor:  Prof John Jeffers

Informal enquiries should be made to supervisor:  Prof John Jeffers