Yash Nitin Parulekar, a Mechanical Engineering with Aeronautics (MEng) student, spent an academic year (2017/18) at Georgia Institute of Technology in the USA. Below, he speaks about his experiences studying in another country, his travels and how the Strathclyde Alumni Fund Award﻿ assisted him.

Going on exchange gave me the opportunity to embrace the different culture associated with another country. This can be attributed to the numerous destinations I travelled to during the semester breaks:

Among the various cultural activities I took part in were the Mardi Gras parade/event in New Orleans, Louisiana in February, which reflects the beginning of Lent and the famous archaeological site representing the Mayan city of Chichen Itza in Mexico (along with the pyramid of El Castillo).

I believe I also gained essential self-confidence and social skills by living on my own in a dorm environment, something I had not done before.

The dorm itself was part of a vibrant on-campus community called I-house where diverse international students from all over the globe shared space with local American students to form a well-rounded, culturally balanced setting.

An essential part of this was the formation of committees responsible for organising numerous events related to film, cuisine, culture, sports and music. Having been a part of the film committee, I (along with the other members) was responsible for organising in-house film events along with trips to the local cinema and film festivals. We also tried to promote positivity and diversity through our activities by selecting international films with a cultural significance to that country.

In addition to organising, I had the opportunity to participate in the events facilitated by the other committees and learned a lot from the experience as well. These included a ‘Chinese New Year’ celebration with authentic Asian cuisine and Chinese calligraphy activities, a trip to Martin Luther King Jr.’s home and memorial parade on MLK day (with Atlanta being the birthplace of the famous activist) and trips to various sports games such as baseball, college football and basketball; the Boston Celtics vs Atlanta Hawks game being a personal favourite. 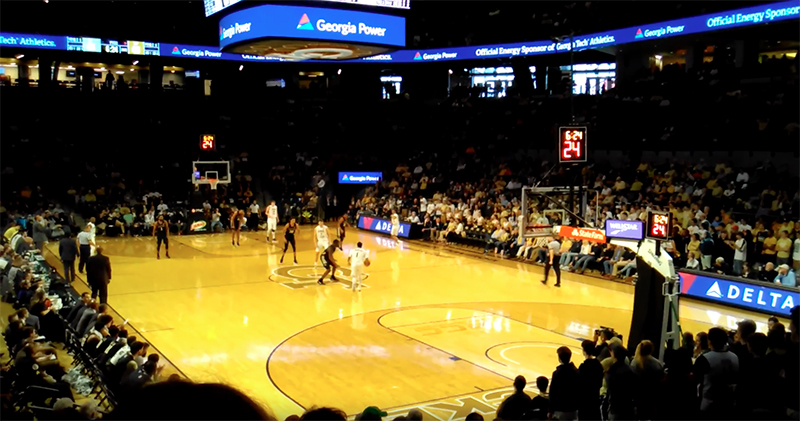 The university itself was also integral in organising discounted trips to the Six Flags theme park and the Georgia Aquarium, the latter of which is the biggest aquarium in the US. This was in conjunction with events facilitated by Georgia Tech’s ‘India Club’ for both Diwali and Dussehra, two of the biggest festivals in India.

Being a part of I-house also helped increase my awareness about important world issues through weekly ‘Coffee Hours’. Here, the residents came together to discuss topics such as abortion, politics, religion and gun control and how each country differed from others with respect to the same.

Along with the above, it was an honour to be an ambassador for the University of Strathclyde and Scotland and represent them both during my stay. This was especially apparent during the ‘Study Abroad’ fair where my colleagues from Strathclyde and I talked with a number of Georgia Tech students who were considering a year abroad for their studies. This was an excellent opportunity to promote inward mobility into the UK for engineering and I am confident we delivered this. 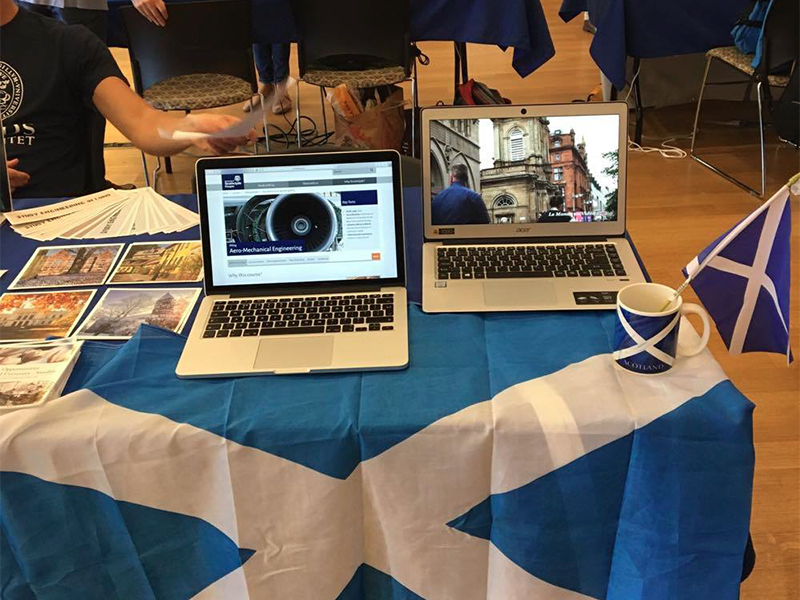 This year has been a life-changing experience in more ways than one and I would highly recommend anyone thinking of doing the same to follow through.

The friends, knowledge and confidence I have gained abroad is invaluable to me and it has changed my perspective about my career and goals in several regards.

I would especially like to thank the University for helping my development of being not just a great engineer, but a solid, well-rounded individual as well.

The Strathclyde Alumni Fund award was extremely helpful, with its primary use being living and travelling expenses, along with additional I-house fees and event organisation. In my opinion, the £500 offered was a sufficient amount since it allowed me to utilise the money effectively in various regards with my other savings. 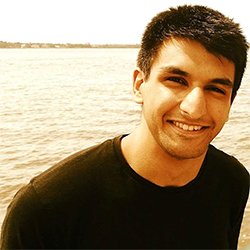 Discover more about Strathclyde scholarships & funding opportunities﻿ we have on offer.