Honorary degree for champion for global equality of access to clean, safe toilets

A University of Strathclyde alumnus who is a leading advocate for global equality of access to clean and safe toilets has been honoured by his alma mater.

Jack Sim, founder of the World Toilet Organization (WTO), was presented with an honorary degree by Strathclyde.

Having started work as a construction site supervisor, Mr Sim was encouraged by an investor to start his own businesses – ultimately going on to obtain numerous qualifications and establishing 16 companies between the ages of 24 and 40 – becoming a self-made millionaire by age 30.

At age 40, Mr Sim, who graduated in 2004 with a Postgraduate Diploma in International Marketing from Strathclyde and is an Adjunct Associate Professor at the National University of Singapore, turned his attention full-time to social causes in pursuit of greater fulfilment. In 2001 he established the WTO, a non-profit committed to improving sanitation conditions and access to toilets worldwide and generating discussion about the issue.

According to the United Nations (UN), almost two billion people around the world lack access to basic sanitation facilities such as toilets or latrines. Of these, 673 million still defecate in the open, with poor sanitation linked to transmission of diseases such as cholera, diarrhoea and dysentery. Lack of access to toilets increases anxiety, risk of sexual assault, and lost educational opportunities. 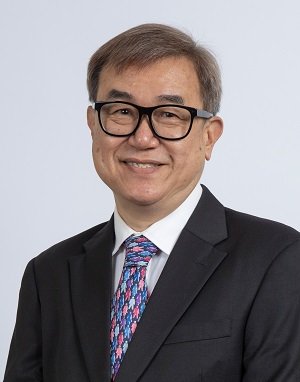 Through its various initiatives, WTO continues to provide an international platform for toilet associations, governments, academic institutions, foundations, UN agencies and corporate stakeholders to exchange knowledge and leverage media and corporate support in an effort to promote clean sanitation and public health policies.

Mr Sim also launched the Base of the Pyramid Hub, an initiative to support social entrepreneurs to create businesses that help end poverty and address the UN Sustainable Development Goals.

He said: “A clean and safe toilet ensures health, dignity and well-being — yet 40% of the world’s population does not have access to toilets.

“Almost half of the schools in the world do not have handwashing facilities with soap and water available to students. Clean and safe toilets help keep more girls in school and increase attendance rates. Globally, at least two billion people use a drinking water source contaminated with faeces.

“I am very proud to accept this honour on the 20th anniversary of the World Toilet Organization, to raise awareness of this important issue with the students of Strathclyde and to share my motto with them: Live a useful life and leave a legacy of goodness."

Professor Sir Jim McDonald, Principal & Vice-Chancellor of the University of Strathclyde, said: “Jack Sim is an inspirational figure who has not only proven himself to be an adept entrepreneur and businessman, but also a great leader when it comes to championing social justice, equality and health.

“Using humour, creativity and determination, coupled with a deep-rooted belief in helping others, he raises awareness of the serious issues related to lack of sanitation and clean water for a large part of the world’s population.

“His dedication to this cause is inspiring and he is helping to improve life for countless people by enabling them to access something most of us take for granted.

Jack’s work on achieving the UN Sustainable Development Goals, through his support of social entrepreneurs and his belief in the power of enterprise to tackle poverty, aligns with our own efforts in this area, led by our Centre for Sustainable Development, and in our emphasis on putting entrepreneurialism at the heart of our teaching. We are delighted to honour Jack for his work.

In 2006, Mr Sim was invited to launch The German Toilet Organisation in Berlin. He is also a founding member of American Restroom Association. In 2007, he became one of the key members to convene the Sustainable Sanitation Alliance comprising more than 130 organisations active in the sanitation sector. Mr Sim is also an Ashoka Global Fellow and in 2008 was named Hero of the Environment by Time Magazine. He also sits in the World Economic Forum’s Global Agenda Councils for Water Security and also the GAC for Social Entrepreneurship. In 2018 he was presented with a Points of Light Award from Her Majesty Queen Elizabeth II for his work in galvanising worldwide support for improved sanitation.