A researcher at the University of Strathclyde has received funding from the Royal Society of Edinburgh (RSE) to develop standardised measures for preventing childhood obesity.

Her project is aimed at creating the first globally-agreed set of standards to measure primary school-based prevention of childhood obesity. Such a tool, with the support of a broad consensus, would allow international efforts to be focused on measuring and reporting far more effectively against one single standard.

The standards will be a core outcome set (COS), consensus-based, generally accepted, minimum outcomes to be measured and reported in effectiveness trials for a specific health issue. A COS enhances the standardisation in outcome measurement, reporting and evidence synthesis, increasing the relevance of research findings and reducing research waste.

The project is a collaboration with Stichting VUMC, which forms part of Amsterdam University Medical Centers. 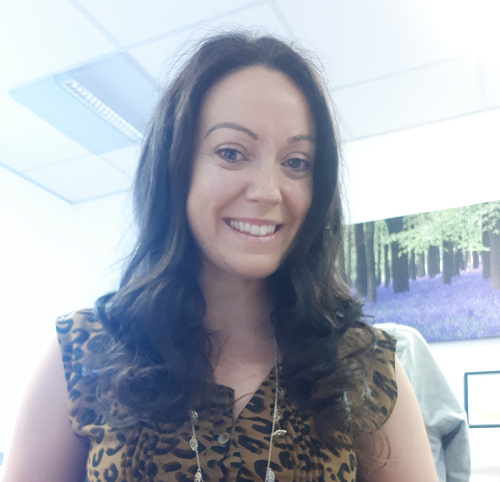 Dr Harrington, who is a member of Strathclyde’s Physical Activity for Health Research Group, said: “Receiving this RSE Saltire International Collaboration Award shows the commitment of the RSE to fostering relationships between Scotland and our colleagues in Europe. As an academic new to Scotland, this means a lot to me professionally and personally.”

Dr Harrington is one of 93 newly-announced recipients of funding from the Saltire Research Awards programme.

The Saltire Research Awards for Scottish and European research are funded by the Scottish Government. Awardees have been selected from a range of sectors including science, art, humanities, social science and a proportion with a multidisciplinary focus. The research projects also span across a number of countries, supporting Scotland-Europe research collaboration.

“It is highly encouraging to see the diverse range of topics that the RSE Saltire Awards programme is facilitating and the number and range of collaborations between Scottish and EU-based researchers being nurtured. The research will deliver significant benefits in and across Scotland and across Europe: from artificial intelligence prediction to overcoming chemotherapy resistance in cancer to beyond 5G wireless connectivity, and much else besides. Many congratulations to all awardees.”

Jamie Hepburn MSP, Minister for Higher Education and Further Education, Youth Employment and Training, said: “The scope and quality of the successful projects is truly inspiring. These awards will support early career researchers and provide networking opportunities across all career stages at a time options have been limited.

“Assisting Scottish and other European researchers to build their partnerships and strengthen their collaboration across all disciplines and will facilitate access to future funding through prestigious programmes such as Horizon Europe.”