In 2009, drug candidates generated by Professor Colin Suckling were licensed to MGB Biopharma, a virtual pharmaceutical company, whose employees included a Strathclyde graduate whom he taught Organic Chemistry to in the 1980s! MGB Biopharma aimed to obtain new treatments for infectious diseases using compounds that bind to the double helix DNA in its minor groove; Minor Groove Binders, or MGBs. The academic team had previously raised funds from the University of Strathclyde and Scottish Enterprise to complete experiments at the University and Glasgow Royal Infirmary which showed that MGBs had the potential to become new antibacterial drugs, protected by granted patents worldwide. Since then, clinical trials for the treatment of Clostridium difficile infections have shown it is the best available drug for this condition.

Colin emphasised the importance of having two parallel channels of communication with MGB Biopharma; a commercial one led by technology transfer professionals, and a scientific one in the form of the Joint Development Committee; “The University of Strathclyde needs its inventors to create opportunity and the inventors need the University to facilitate the exploitation”.

“From my experience the two most important operational things are technical mastery of the subject and a willingness to share and work in a team with people who add skills and value. These two components can be influenced by the inventor. The success of an innovation, however, also depends upon luck, being in the right place at the right time. A brilliant invention at an unripe time has little chance of success. Patience may therefore be necessary until the time becomes ripe for action. Tolerance is also needed because once an invention goes commercial people other than the inventor take control." 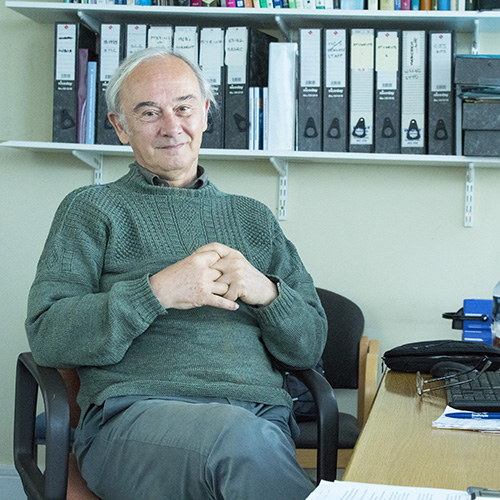