A research collaboration has developed a building block system which could make space more sustainable and future space exploration more cost-effective by prolonging the life of satellites.

Space exploration is to be almost completely reliant on complex robotic systems designed to travel to far and hostile environments and which perform scientific and infrastructural work.

The SIROM project, funded by the European Commission’s Horizon 2020 under its Space Robotics Technologies Strategic Research Cluster, aimed to design a key component of a robotic system made up of intelligent robotic connectors.

SIROM can be used to reconfigure a robotic structure to make it more flexible and capable of multi-tasking and has been designed to connect building blocks in space. It can also help refuel, repair and reconfigure satellites and spacecraft, as well as build space structures similar to NASA’S  International Space Station.

A satellite can typically cost millions of pounds just to put into space and it only lasts around 10-15 years before it becomes junk. But spacecraft fitted with the robotic manipulator could repair or reassemble satellites in orbit by connecting them to servicers. 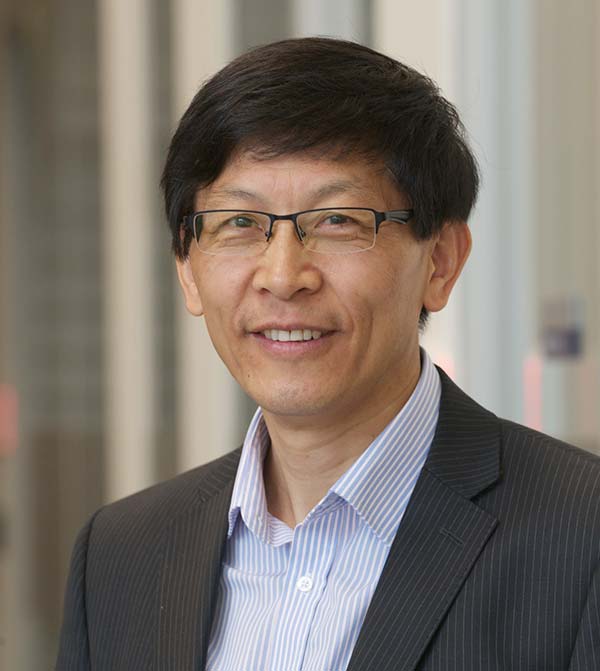 Space needs versatile and adaptable solutions and we are aiming to push the research boundaries beyond the state-of-the-art in space robotics by developing an innovative way and connector of interfacing robotic components.

Strathclyde led the initial concept and also helped design and manufacture some of the parts in the project.

Director of the Space Mechatronic Systems Technology Laboratory, at the University of Strathclyde, Professor Xiu-Tian Yan, said: “Space needs versatile and adaptable solutions and we are aiming to push the research boundaries beyond the state-of-the-art in space robotics by developing an innovative way and connector of interfacing robotic components. 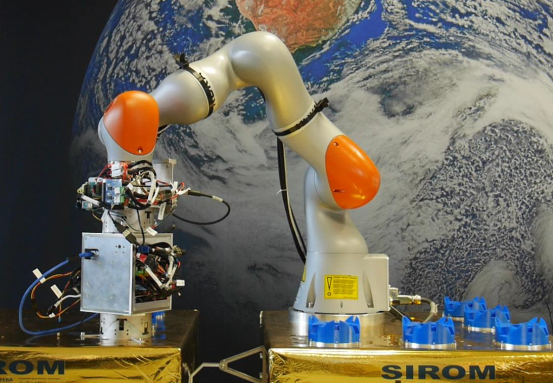 “We have designed a robotic joint for future missions to be used to refuel satellites or for space exploration. It could also be used to collect samples if you want to find out if there’s life on Mars.

“The revolutionary part this is the first attempt of developing a generic robotic solution for many tasks. Nobody has done this before, the nearest thing was a robotic arm which could only pick up payload.

“It also has the potential to provide direct support to manned crews and aims to set a new research agenda for future affordable space missions.

“It would work with an astronaut in supporting the crew undertaking challenging movement related tasks, like fixing a device at the outside of the International space station, with a changeable hand attached to an arm using SIROM.

“The building block system allows the design of modular, scalable and reconfigurable space systems. It’s flexible and pre-configurable – it’s similar to Lego in that you have lots of building blocks you can construct.”

Professor Yan said the hope is that it will make space exploration more socially responsible by using robots to maintain, enhance and extend the life of commercial spacecraft - fundamental to achieving a sustainable and affordable space infrastructure.

Satellites were not designed to be serviceable or repaired, but are a one-off system so it’s very difficult to repair or refuel them.

Professor Yan added: “The robotic system would be docked onto the satellite and manoeuvred to find the right nozzles for the fuel tank, or would locate the components which need to be removed and replaced.

“It’s similar to refuelling a car, but the whole system has to be done in space.“

The system is also designed to connect a payload – the carrying capacity of the aircraft or launch vehicle - to a robotic arm – or to other payloads.

The SIROM development is the first of a series of building block projects for future space missions.

The next development is to use SIROMs in a new project called the European Robotic Orbital Support Services (EROSS) funded under the second call of the same Strategic Research Cluster. EROSS.

It will focus on the interface being able to use SIROM to change a robot to service satellites depending on the need. This will demonstrate the European solutions to a large range of efficient and safe orbital support service operations.

Jose Javier Vinals, the SIROM project coordinator from SENER said: “SIROM is going to be used for replacement of modules and we are also developing upgrades for other space missions.”

Professor Yan’s work on SIROM was shortlisted as one of the three finalist papers for the best paper award in Category D Infrastructure at the 2018 International Astronautical Congress (IAC) – the world's largest ever space conference.

We have designed a robotic joint for future missions to be used to refuel satellites or for space exploration. It could also be used to collect samples if you want to find out if there’s life on Mars.