I’ve just recently graduated with a MMath in Mathematics & Statistics. I’ve tried to make the most out of my undergraduate career from a social aspect, whilst maintaining a high standard in my academic progression. I had to work part-time and this is just something that is unfortunately needed for most students, although you try and make the most from this as well – at the end of the day, it adds to the experience.

I chose to study Maths & Statistics because in school, Maths was the only subject I both enjoyed and was good at. I chose to incorporate the statistics into my degree after second year of uni, and after two years of compulsory Stats classes as I was really enjoying these classes.

The thing I have liked most about my course is the people (students and lecturers) that I have met and got to know over the past five years. I’ve learned a lot of new things – about Maths and myself. I’ve made friends for life. I’ve had the best five years and at the end of the day, I’ve got a good degree!

"Over the past five years I’ve loved my time at Strathclyde."

Strathclyde is a great place to be and has some brilliant facilities. After graduating, I plan to return to Strathclyde and do a Professional Graduate Diploma in Education (PGDE) in Mathematics.

For anyone thinking of coming to study at Strathclyde...Just go for it; you’re coming to a great Uni and if you’re willing to get involved, you’ll have the best experience. 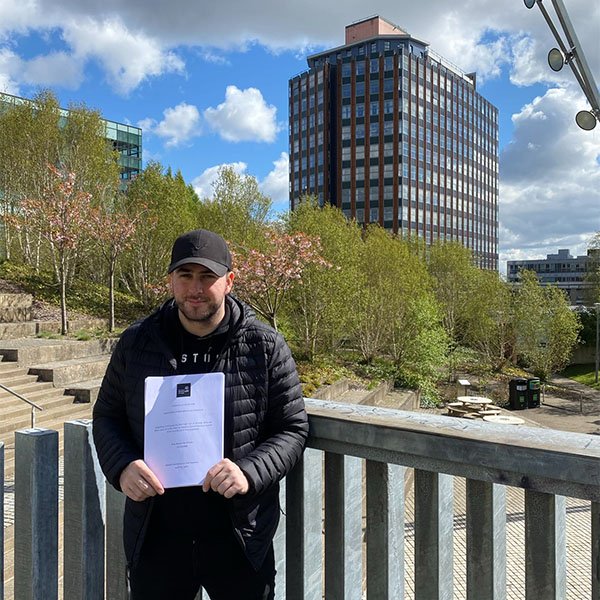