Are we doing the right thing in retrofitting all these homes? 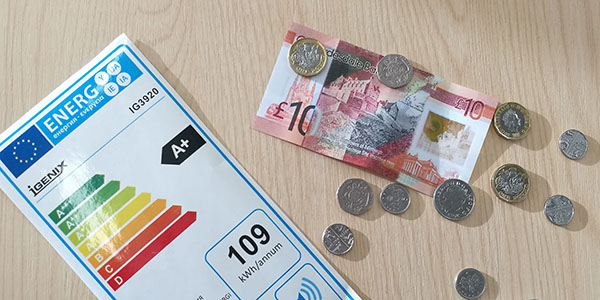 For more discussion on energy efficiency and retrofitting, join our Energy Conversation on Monday 26 March.

Improving energy efficiency in the residential sector means that families can enjoy the same comfort from heating and using electric appliances but using less energy. For this reason, energy efficiency improvements have long been regarded as an instrument to meet climate change targets and to reduce the use of natural resources.

But there is more. Energy bill savings allow families to spend more on other goods and services. More spending means more economic activity, more tax revenues and a growing economy.

Findings from these studies suggest that making UK homes 5% more efficient will have a positive impact on employment, investment and GDP. Households will spend a large proportion of the savings on new goods and services but they will also consume a bit more energy. However, this is still less than the pre-efficiency level.

In the Scottish case, the economic stimulus from the more efficient use of energy is greater than in the UK as a whole, because of the possibility of attracting workers from the rest of the UK. Also, the increased economic activity boosts revenues from taxes that can be used by the regional Government to fund public services.

This is all good news but, would it be enough to convince people that improving energy efficiency in their homes is the right choice? Should households be responsible for improving their own energy efficiency? Should our government pay for it? There are several issues to consider.

The cost of energy efficiency

First, energy efficiency improvements in private homes come at a cost, in terms of retrofitting and installing appliances that are more efficient. For example, the Energy Saving Trust shows that in Scotland the owner of a semi-detached house that upgrades her class E boiler to class A would save £125 a year.

However, when the average cost of a boiler replacement of £2,300 is added, the owner will only save £200 after 20 years, assuming no discounting. Is this a sufficiently convincing argument to upgrade to a more efficient boiler? 20 years seem a long time and there is no guarantee that the boiler will still work after that. Also, will the fuels used to operate the boiler still be cheaply available?

Second, if energy efficiency is good for the economy, Governments could support the implementation by funding its implementation from the public budget. This may sound like a great idea, but Governments function according to strict budget rules. Any additional spending decision will come at the cost of reducing some other spending such as on education or health, or by increasing taxation. This could negatively impact certain parts of population and erode public consent.

Finally, many families in Scotland and in the UK are unable to afford to keep their homes adequately heated. If energy efficiency allows keeping the same comfort from heating but at a lower cost, one can keep the cost constant and increase comfort. This would help fuel poor families to improve their ability to stay adequately warm and have positive health impacts.

In this case, public spending on energy efficiency could be justified by distributional issues. Would this help to increase social acceptance of publically funded retrofitting programmes? Does it imply that government support should only be available to fuel poor households?

There are a lot of complex issues at stake here, and the Scottish Government is having to consider all of these in its roll-out of Scotland’s Energy Efficiency Programme. This Centre for Energy Policy Energy Conversation will contribute to the debate here in Scotland, and hopefully more widely.

The views expressed in these blogs are those of the author and not necessarily those of the University of Strathclyde.