What do ‘lay’ people know about justice?

This post, by Charlie Irvine, is based on his recent publication in International Journal of Law in Context. It was first published at the blog of The Australian Dispute Resolution Research Network, which is available here: https://adrresearch.net/2020/06/22/what-do-lay-people-know-about-justice/ 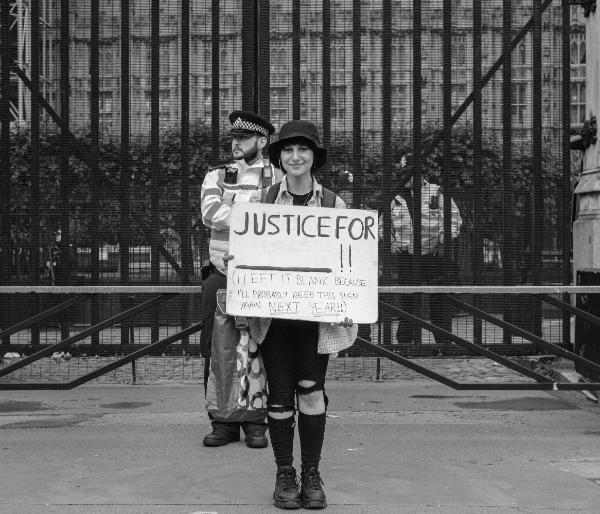 In June 2017 I travelled from Scotland to attend a symposium on ADR and Justice at La Trobe University, Melbourne.  Being midway through a PhD it seemed an unmissable opportunity to meet other researchers ploughing the same furrow.  It certainly was, and I’m grateful to Lola Akin Ojelabi and Mary Anne Noone for organising it, but in academic life exciting foreign travel usually comes at a price. Three years later they are both to be congratulated for inspiring, editing and contributing to a special edition of the International Journal of Law in Context. I describe my contribution below.

University teachers faced with marking hundreds of papers have been known to find some crumbs of comfort in students’ more eccentric answers.  I’m not immune to this guilty pleasure, recently learning that ‘another form of ADR is arbitrary.’  More seriously, I am sometimes struck by a common theme among first year law students.  Here are three examples:

‘One of the major drawbacks of mediation is that lay people are in control of justice.’

‘Lay individuals are not capable of concluding rationally justified outcomes.’

‘How will a lay person truly know what is right and wrong if they have no in-depth knowledge of the law?’

However crudely put, these remarks suggest that a few months of legal study are sufficient to persuade young people that the rest of humanity (‘lay’ people)  lack the capacity to achieve or even reason about justice.

When lay people are the decision-makers: mediation

For those of us who practice mediation these sentiments are frustrating.  My clients seem to do a great deal of thinking about justice, and are quite capable of rejecting economically advantageous settlements if they view them as unjust or unfair.  Justice, or resisting injustice, can trump self-interest.

It is not only students who question whether mediation can deliver just outcomes.  A good many lawyers and judges are mediation sceptics and a thriving cottage industry within legal scholarship is devoted to demonstrating its shortcomings (a point discussed at pages 2-7). Even supporters of mediation tend to stress other benefits like cost, speed and good process, leaving justice well alone.

However, academics like a gap because our research can fill it.  A review of the critical literature highlights a gap in our understanding of mediation.  While a lot of attention has been paid to settlement rates, satisfaction, mediator behaviour and procedural fairness, (see Charkoudian, Eisenberg and Walter (2017))  very little research focuses on parties’ reasoning about justice.  And yet each time a case settles both sides must have good reasons for doing so.  What can we learn from their thinking?  I was particularly interested in mediations with unrepresented people, given that represented parties may well defer to their legal advisors.

Scotland has not been particularly receptive to mediation. Some of our most prominent judges have made pointed speeches praising litigation and decrying anything that might divert cases away from the courts (see Irvine (2012)).  At the small claims level, however, things are more open and mediation schemes have been operating in the country’s two largest courts since 1999 and 2014 respectively.  These presented an opportunity to interview mediation consumers who experienced relatively little legal or judicial endorsement of the process.  In the end I interviewed 24 people; the article is based on my initial analysis of five interviews.  Qualitative research is less concerned about large, representative samples than in-depth exploration of a complex topic.

Participants were keen to discuss their thinking.  Not being repeat players in the courts the experience of mediation left a vivid, if not always pleasant, memory.  When asked about what they sought or why they settled they rarely mentioned the law.  However, they expounded a number of themes lawyers will recognise, either as legal doctrines or aspects of practical lawyering.  These included:

Interviewees are not impartial reporters, and Barnett Pearce (2006) warns researchers to watch out for the work language is doing: ‘The world is made, not found.’ An interview is a unique social event and it is reasonable to ask why participants chose some themes and not others.  What were they up to?  What did they want me to understand?

I noticed most tended to answer a question I hadn’t asked: ‘What kind of person are you?’  They seemed particularly keen to portray themselves as fair; e.g. ‘I’m fair … it’s my personal position, you know what I mean’ or ‘I said, this is where I will meet and I said, I think this is fair.’   This self-presentation (consider Goffman’s 1959 text, The Presentation of Self in Everyday Life) may play an important role in mediation’s success.  People generally want to see themselves as fair (at least as far as these unrepresented people were concerned; I interviewed two legal professionals later in the study, and both appeared to regard fairness and justice as puzzling and none of their business). People probably want the interviewer (me) to see them as fair; and there is a good chance they would also like the mediator to see them as fair.  Perhaps this is why mediation’s success rates and compliance are often greater than sceptics anticipate.

What makes mediation challenging and interesting is that, at least at the low-value end of the justice system, it provides people with the opportunity to determine not only the outcomes to their disputes, but the criteria by which those outcomes are evaluated.  It turns out those criteria amount to more than simple self-interest and include a strong urge to be seen as a fair person.

Paying more attention to ordinary people’s justice reasoning may provide valuable clues about the sort of societal norms on which any legitimate legal order must be based.  In the article I argue that theories of justice would do well to take account of this reasoning, proposing that natural law theory’s emphasis on human rationality explains mediation outcomes better than legal positivism, with its emphasis on state backed rules.  Far from being one of mediation’s drawbacks, giving lay people a voice in justice may prove one its most important contribution.