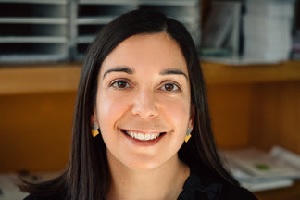 Research exploring the role played by Early Effective Intervention (EEI) in responding to childhood bereavement in Scotland has been shared by the Centre for Youth & Criminal Justice (CYCJ).

‘Bereavement and offending behaviours: a role for Early and Effective Intervention (EEI)?’, written by CYCJ’s Nina Vaswani (pictured) and Fern Gillon, reports on findings from a scoping study undertaken with West Lothian Council, exploring the prevalence of bereavement in recorded EEI data, practitioner views on the needs of young people and the role of EEI in responding to childhood bereavement.

Key findings indicated that a crucial element of decision-making is the availability of relevant and accurate information, as bereavement experiences were not routinely recorded in EEI discussions. The study also highlighted that EEI practitioners work hard to gather information to make the best possible decisions, and are aware of the impact that bereavement and other adversities can have on young people’s general development, behaviour and outcomes. Although practitioners are confident in their decision-making overall, they are less confident in identifying if bereavement is a contributing factor in the presenting needs and offending behaviours.

This draws attention to the underlying need for greater professional support and societal and culture change to reduce anxiety in talking about death, dying and bereavement, especially with young children.

EEI in Scotland often provides the first contact that children and young people have with the justice system. This makes it a useful point from which to explore the relationship between bereavement and offending, at the time when offending behaviour first begins to emerge.

“Whilst research shows a higher prevalence of loss and bereavement among people in frequent contact with the justice system, little is known about the bereavement experiences and support needs of the broader population of people involved with the justice system, including those on the very fringes. Furthermore, while research shows a clear association between loss, childhood bereavement and offending, there is less understanding about the nature, direction or mechanisms of this association.

“Exploring bereavement experiences using EEI data means we can better unpick the complexities of this relationship: whether bereavement was linked to pre-existing vulnerabilities, whether bereavement occurred prior to the first involvement in offending, and what support or system response was in place for bereaved children.”

This work builds on ongoing research undertaken by CYCJ into trauma, loss and bereavement experienced in a general prison context, amongst the female prison population and within schools.