Dr Jordan Kistler joined the School of Humanities in 2019 as a Lecturer in Victorian Literature. We interviewed Jordan after her appointment in 2019 to find out more about her role at Strathclyde.

Tell us a little bit about your career so far.
I’m American, but I came to Britain for my doctoral research (at King’s College London) and then chose to remain in the UK. I’ve taught at both the University of Birmingham and Keele University before coming to Strathclyde as a Lecturer in Victorian Literature.

My work began on the intersections between science and poetry in the Victorian era, focusing specifically on the Pre-Raphaelite poet Arthur O’Shaughnessy, whose ‘day job’ was working in the natural history departments of the British Museum – primarily in ichthyology and herpetology. This resulted in my book Arthur O’Shaughnessy, a Pre-Raphaelite Poet in the British Museum (2016), which considered the ways in which work and leisure, and science and art, were conceived of during this period. I recently had the pleasure of speaking about O’Shaughnessy’s best-known poem, ‘We are the Music Makers’, during Radio 3’s Proms coverage.

I then side-stepped from literature and science to the medical humanities in a consideration of a little-known Pre-Raphaelite poet, Philip Bourke Marston. This work examined Marston’s participation in the image-driven Pre-Raphaelite tradition, despite his being blind since early childhood. Both my work on O’Shaughnessy and Marston interrogated what it meant to be a ‘poet’ in the Victorian age.

Because my teaching tends to focus so heavily on the Gothic (the most popular of Victorian literary genres among students) and gender, I have also recently published on the presentation of women in Bram Stoker’s Dracula, looking at the ways in which Stoker engages quite positively with New Woman discourse.

What has been the most memorable moment of your career to date?
At the start of last academic year, a former student came back to Keele University to give me a present – a hand-embroidered hoop that proclaimed ‘Get Angry’. These were my last words to my final-year feminism module the year before. We had spent the semester learning about how bad women had it in the nineteenth century, but also thinking about the ways these issues (pressure to marry and have children, sexual double standards, inadequate medical care, domestic violence) still plague women today. ‘Keep your eyes open,’ I told them. ‘Pay attention and get angry’.

This student went away without saying much that day, but she kept thinking about what I said over the summer, and felt inspired enough to invest real time and creativity in making me this present. I quite genuinely have never felt as moved as I did the day she gave it to me. We all want to know we’re making a difference to our students, but we don’t always get such concrete proof!

What initially attracted you to the University of Strathclyde?
Both my research and my teaching are centred on access to education, and so I was drawn to Strathclyde’s diverse student body and commitment to accessible education. I was also attracted to the excellent research environment at Strathclyde, particularly the work being doing under the umbrellas of the Centre for the Social History of Health and Healthcare and the Scottish Centre for Victorian and Neo-Victorian Studies.

What is your role within the school?
I’m a lecturer in Victorian literature, so I will be involved in most of the nineteenth-century teaching in the department. I’m also involved with the Scottish Centre for Victorian and Neo-Victorian Studies.

What current trends do you see influencing your field?
There’s been a significant turn in Victorian studies in recent years to include Neo-Victorian fiction and media—responding to shows like Penny Dreadful and Dickensian, and the novels of Sarah Perry, among others. This is in part, I think, driven by a desire to vocalize why the Victorian period still matters, but also a growing need to address the ways in which the nineteenth century is invoked today, particularly in political discourse. With politicians like Jacob Rees-Mogg releasing his misguided paean to the past The Victorians and Boris Johnson promising to return the country to the ‘golden age’ of Empire, Victorianists are realising that we need to engage more with the way the Victorian era is understood in today’s popular culture. This work involves pushing back against any nostalgic conception of the Victorian period as the heyday of Britain, but it should also address the more socially-progressive (and no less misguided) view often found amongst our students that things were ‘bad then and good now’—a view which suggests that no further work needs to be done in terms of racial, gender, or economic equality. We have flushing toilets and the vote! What more could we want? Neo-Victorian fiction is very useful, then, in helping modern readers to recognize our own society within these depictions of the Victorian period and to realise that quite a lot of work still needs to be done to address the social problems that quite often got their start in the nineteenth century.

Tell us about any research you are currently involved in.
I’m working on a cultural history of the British Museum in the nineteenth century. The rapid growth—and growing cost—of the museum during this period meant that it became embroiled in a wide variety of political debates, including access to education, labour laws and the length of the working day, international trade and foreign relations, and many others. It took a starring role in the professionalisation of the sciences and the creation of the disciplines of archaeology and anthropology. My work, then, traces these different associations, thinking particularly about how the public perceived the museum and its role in society – who was it for? What was its purpose? Was it a treasure house or an educational institution? If it was the latter, how exactly was one supposed to learn through objects? And who was capable of doing so? The focus on the public, in this way, will hopefully resituate the working and middle classes as active drivers of museum policy during the nineteenth century. 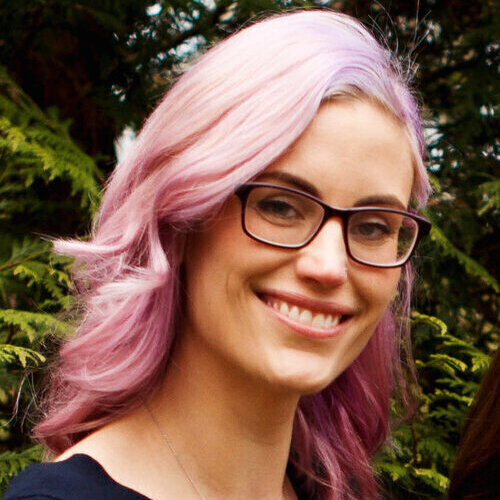