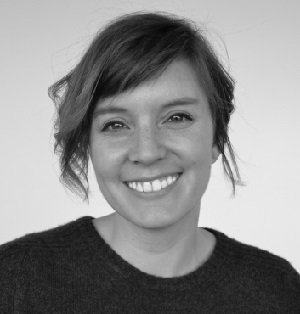 Dr Megan Crawford recently started with us as a lecturer within the School of Psychological Sciences & Health. We spoke to Megan to find out more about her new role, how she got into sleep research and some of the inspiring work she's been involved in within this area of research.

What is your role within the school?
I am a lecturer within the School of Psychological Sciences & Health, so I am split between research and teaching on a number of different courses at Undergraduate and Masters level, which is the most typical route of academia. My background is in sleep research, so most of my teaching is based within the realm of Clinical and Health Psychology.

Tell us a little about your career so far...
Sleep research wasn't the path I initially planned on taking. Part of my undergraduate degree involved a full year on placement in your chosen research area and like many other Psychology undergraduates, I wanted to go into Autism research. While applying for jobs in this area, I came across a job about sleep, anxiety and depression in children and I thought it sounded really interesting. I ended up interviewing for this job and one in Autism. I had a really awful experience in the sleep interview, but felt really confident during the Autism interview. In the end, I got the sleep job and didn't get the Autism job. Despite feeling like I had performed poorly during the sleep interview, I left the interview really fascinated by the project and I was really excited when I found out I had got the job.

From there, I did a PhD in sleep research at the University of Glasgow. I was based in Glasgow until the sleep centre I was working in closed down, so I went to Chicago in the United States and did my Post Doc in a sleep centre there. I wanted to come back to the UK, so I took a lecturer position at Swansea University and stayed there for three years before taking my current position here at Strathclyde in July 2019.

What has been the most memorable moment of your career to date?
One research project that has stuck with me the most is one that I've actually just finished in treating people with chronic migraines and their sleep problems. The criteria we followed was working closely with women who had chronic problems, which means that they typically experience fifteen headaches out of one month and at least eight of those days had to involve a migraine. This means that these individuals were experiencing a headache every other day of the month. We opted for an online treatment for sleep, as we didn't want to add to the participant's burden by bringing them into a medical centre with lots of light and noise for four to eight face-to-face sessions which could potentially make their migraines worse. The treatment involved small twenty minute videos each week with specific targets that would help change their sleep behaviours and as it was totally online, it meant the participants could manage their time and access it at a time suitable to them. The treatment was really successful and the participants responded well to the layout of the treatment. It also improved their sleep and migraines which was great.

It was really inspiring working with these women, because the majority of them still held down a job and worked hard to keep their life on track despite their disability associated with migraines. It makes you realise how much you take for granted when you complain about having an off day or a headache. It also made me want to continue with that work because of how incredible these women are.

What current trends do you see influencing your field?
I think the main change at the moment in sleep research, and I suppose Psychology and the Medical Sciences in general too, is that sleep is starting to be put on the agenda. When I started out, sleep didn't feature in the news or the media very much and as the funding bodies didn't focus on it, it always became this forgotten thing. That's changing now. For example, California became the first state in the US to legally push back school start times in the United States, so high schools are barred from starting classes before 8.30am and middle schools are barred from starting classes before 8am. Adolescent's natural rhythm isn't to wake up until much later, so legally changing the start times of schools is revolutionary as it changes the culture around sleep health and shows that sleep is finally being seen as important.

Another good example is the recent Qantas Airlines long haul flight from Sydney to New York, which is being heralded as the world's longest flight at twenty hours direct. Qantas are teaming up with researchers from the University of Sydney and basically setting the flight up as a laboratory before operation begins and will be studying the sleep patterns and alertness of travellers and crew members to try and manage the jet lag involved with such a long distance flight. Those are just a few recent examples where sleep has become part of the wider discussion, so it is a really exciting time for those of us in this field.

Tell us about any research you are currently involved in.
Currently, I'm working alongside a few students who are looking at different things relevant to sleep, such as the impact of sleep on loneliness, the way people dream, and how people who have sleep problems have more negative dreams and the complications that has on their mood during the day. I'm also following up on a small pilot study related to migraines and we're aiming to turn this into a larger study.

What initially attracted you to the University of Strathclyde?
Besides a job role being open, my now current colleague Leanne Fleming worked with me at the sleep centre in Glasgow, so that was a big pull for me to kind of establish a sleep research unit back in Glasgow. I always loved Glasgow and I would never have left if the sleep centre hadn’t dissolved. When I came for the interview, everyone was really nice and it seemed like a really friendly environment where people wanted to help one another. The research in itself is a little bit more applied and more focused on health – so are the people working in the department, which is a big change from my previous role. It also makes it easier to work collaboratively.

After studying a programme within the School of Psychological Sciences & Health, what opportunities are there for graduates?
A number of our students go into a doctorate – or some variant of that – in Clinical Psychology. One challenge I’ve experienced throughout my career in relation to Clinical Psychology is that insomnia isn’t often seen as a serious mental health problem and is often treated as more of a lifestyle problem. With my new role here at Strathclyde, my hope is that people who take part in some of our programmes will learn a little bit more about sleep through mine and Dr Fleming’s sleep research and teaching so that they can infiltrate that field. I think that would be really good.

You can keep up-to-date with Megan's bio, research and teaching on the channels below:
https://pureportal.strath.ac.uk/en/persons/megan-crawford
https://www.strath.ac.uk/humanities/psychologicalscienceshealth/psychology/ssru/ourstaff/
Twitter: @MeganRDC
Sleep Unit Twitter: @sleep_ssru