Since the publication of Odd Arne Westad's The Global Cold War, the literature on the implications of the Cold War in Africa has mushroomed to incorporate new, previously ignored actors and perspectives. Scholars have focused their research in particular on the Southern African region, since minority rule there lasted the longest and was tied up with superpower conflicts, perhaps like nowhere else on the continent. Some focused on the agency of white minority regimes. Others re-wrote the history of Southern African liberation movements, often using ‘transnational’ rather than specifically Cold War perspectives. However, there is a vast historiographical imbalance with respect to the histories of liberation movements as a whole. The literature on South Africa is vast, yet the Portuguese-speaking Africa (including the colonies of Angola, Mozambique, Guinea-Bissau, Cape Verde, São Tomé and Príncipe) has received significantly less attention from Cold War historians. To date, most research focuses on implications of key moments, such as the Angolan Civil War and the Battle of Cuito Cuanavale. However, we know significantly less about the contribution of the liberation movements in Portugal’s colonies for the Cold War and vice versa. This is all the more surprising because the Lusophone liberation movements were at the forefront of much of the armed struggle in Africa in the 1960s-70s. Moreover, the dissolution of the Portuguese empire led to the establishment of Marxist-inspired regimes in the previous colonies.

This seminar series seeks to address this gap, in view of new perspectives and sources. We aim to look at the interplay between ideologies of liberation and the Cold War in the 1960s and the early 1970s, when the liberation movements engaged in armed struggle in Angola, Mozambique and Guinea-Bissau. The seminar series aims to establish how the movements that came to dominate ‘national liberation’ in Lusophone Africa (from the largest movements – MPLA, FRELIMO and PAIGC – to smaller ones like FNLA, UNITA, COREMO and FLING) both shaped and were shaped by experiences of exile and armed struggle in the context of the Global Cold War. We also examine the motivations of those who decided to ‘opt out’ and fight alongside the Portuguese as well as to investigate the socio-economic projects behind the liberation struggles. Finally, the seminar series will investigate the global repercussions of liberation struggles in Lusophone colonies for both its supporters and rivals.

Seminar 1. Ideas of Liberation I: Between Marxism and Nationalism

Seminar 3. Regional and International Networks I: The United Nations

Seminar 5. Amilcar Cabral and the Liberation of Guinea-Bissau 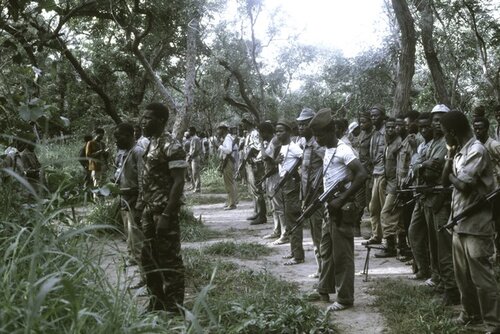