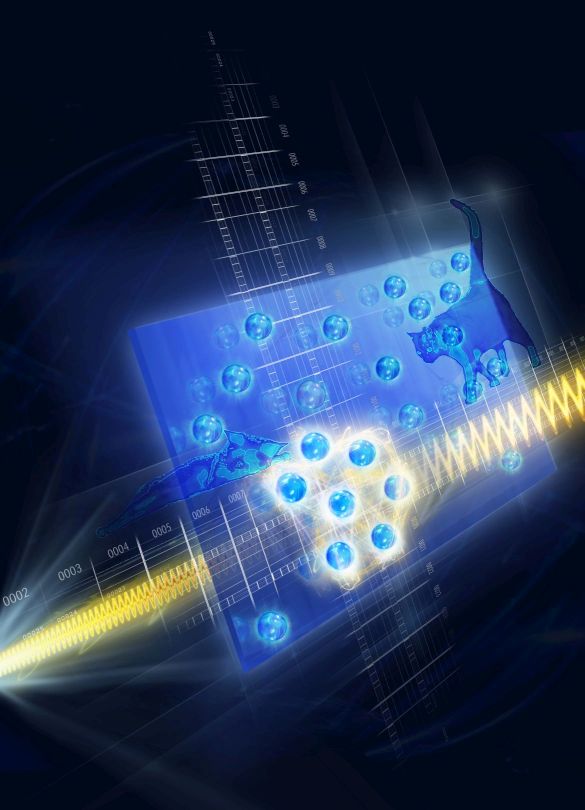 Luca Tagliacozzo, together with researchers from Innsbruck and Munich, has developed a new protocol to detect entanglement of many-particle quantum states using a simple approach. In Quantum Theory, interactions among particles create fascinatingly peculiar correlations that cannot be explained by any means known to the Classical world. Entanglement is a consequence of strange probabilistic rules of quantum mechanics and seems to permit an instantaneous connection between particles over long distances that defies the laws of our macroscopic world, a phenomenon that Einstein referred to as “spooky action at a distance”.

Developing protocols to detect and quantify entanglement of many-particle quantum states is thus a key challenge for current experiments since detecting entanglement becomes very difficult when many particles are involved.

In a study recently published in Nature Physics, researchers Dr Philipp Hauke, formerly of the ICFO, and Dr Peter Zoller from the Institute for Theoretical Physics at the University of Innsbruck, in collaboration with Dr Markus Heyl, from the Technische Universität München, and Dr Luca Tagliacozzo, Chancellor’s Fellow in the CNQO group of the Department of Physics at the University of Strathclyde, have found a new way to detect certain properties of many-particle entanglement independently of the size of the system.

By using standard measurement techniques available in the laboratory they have proposed a new detection protocol for entanglement, and have shown that by using it one can easily extract information about entanglement in many body systems. For instance, in the case of neutral atoms trapped in optical lattices, their protocol can be implemented by performing ordinary laser spectroscopy. Their protocol allows the measurement of the Quantum Fisher information, a reliable guide to genuinely multipartite entanglement.