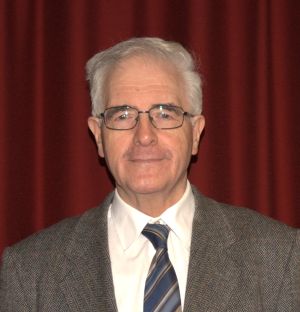 The IEEE has recently announced the recipient of the 2017 Plasma Science and Applications Award will be Professor Alan D.R. Phelps of the Department of Physics, University of Strathclyde. Alan will be invited to present his research in a prize lecture at the 44th International Conference on Plasma Science in Atlantic City, New Jersey, USA, 21-25 May 2017, where the formal presentation will take place.

The prize was awarded in recognition of Alan’s outstanding contributions to the field of Plasma Science, citing

Professor Phelps formed the Atoms, Beams and Plasmas (ABP) research group in Strathclyde’s Department of Physics, working on intense electron beams, plasmas and microwave sources. Alan said: "I am delighted to receive this award. It reflects well on the ABP research group and the many excellent research students and colleagues at the University of Strathclyde, with whom I have had the privilege of working for over 30 years."

Alan is the 30th recipient of this international PSAC award and the first to be based in the UK.