University of Strathclyde gains full membership of The Cockcroft Institute

Strathclyde is delighted to announce its full membership of the Cockcroft Institute (CI). The CI is a partnership between the Universities of Lancaster, Liverpool, Manchester, Strathclyde, and the Science & Technology Facilities Council (STFC). The CI, a national centre for particle accelerator R&D in the UK, is probably the largest of its kind in the world, delivering world class R&D in RF based systems and novel methods of particle acceleration with major contributions to the realization of national and international accelerator facilities. The full inclusion of Strathclyde in the partnership and the award of financial support from STFC was celebrated at a launch event at the Cockcroft headquarters at the Daresbury lab on 10th April 2017.

The accession of the University of Strathclyde to full membership of the Cockcroft Institute is in recognition of the excellent Free Electron Laser (FEL), THz and laser-plasma particle accelerator research being conducted in the Department of Physics often already in collaboration with partners from CI. For example, Dr. Brian McNeil of the Computational Nonlinear & Quantum Optics Group is leading the physics study that underpins relativistic free-electron light-sources an important and exciting area of research, yielding new tools that are transforming scientific research. With a peak brightness "ten orders of magnitude" greater than conventional synchrotron X-ray sources, they have the potential, for the first time, to simultaneously access the structure and dynamics of matter at its natural atomic length and time scales. Another example is the contribution researchers at Strathclyde are making to the Muon Ionisation Cooling Experiment (MICE) collaboration which also encompasses Daresbury Laboratory. Muons are similar to electrons, though 200 times more massive. A cooled muon beam can be accelerated to high energy to provide the basis for a "neutrino factory" forming a focused beam of neutrinos.

Core to Strathclyde’s involvement in the CI is the translation of accelerator research into several concrete applications. For example SCAPA, a flagship for laser-plasma accelerator research, will "miniaturise accelerators and radiation sources with the objective of eventually of demonstrating an ultra-compact coherent X-ray source". The interaction of intense laser pulses with matter is opening up "new frontiers in physics" via the production of extreme pressures, temperatures and fields. The SCAPA facilities are to be used to "investigate ultra-intense laser interactions with solid density plasmas and, in particular, the acceleration of ions." As part of the engagement with CI additional beamline will be built at SCAPA supporting the experimental activities at Strathclyde. The ABP group occupying one of the largest of the laboratories in the new Technology and Innovation Centre at the University of Strathclyde will apply its knowledge and expertise of high power millimetre wave sources to the field of THz acceleration. There are many very useful THz applications in environmental monitoring, weather radars, communications, security imaging, biomedical instrumentation and medical diagnostics. 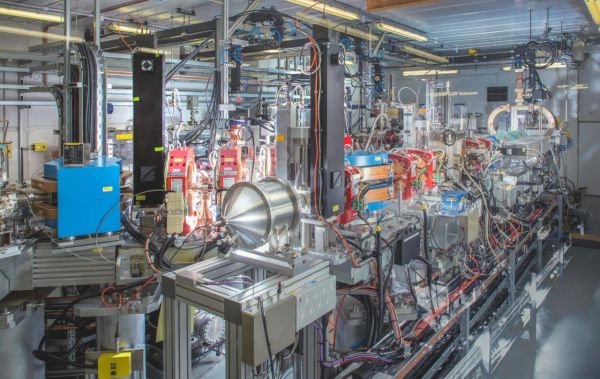 Strathclyde as a full member of the Cockcroft Institute is looking forward to deliver world-class accelerator research and underpinning science in collaboration with its CI partners. This connection provides us with an excellent opportunity to exploit further our strong position in research in this area in partnership with other leading UK groups.