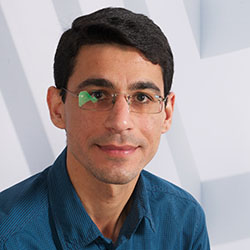 Mahdi is currently the director of MSc programme in 'Data Analytics' and online programmes in 'Operational Research' and 'Business Analysis and Consulting'.

First Award of B.Sc. graduates of Department of Mathematics
Recipient
2004