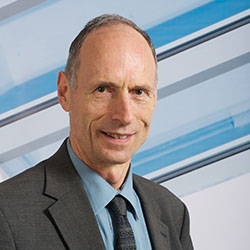 Following my formal retirement in September 2016, I am an honorary Research Professor in the Department of Pure & Applied Chemistry (part of the WestCHEM research school). I no longer run an experimental lab, but am continuing various research activities. These include some projects using computer- (and even paper-) based meta-analysis of data from other sources, and appropriate simulations. I also have some continuing collaborations with others who are doing experimental work. I still teach on the Applied Biocatalysis module of the inter-university (IBioIC) MSc in Industrial Biotechnology.

Lectures, labs, tutorials and student exercises for the Applied Biocatalysis module of the inter-university (IBioIC) MSc in Industrial Biotechnology. I present a general introduction to the topic, then more details on biocatalyst kinetics, stability, and the behaviour of immobilised biocatalysts. I also act as coordinator for the whole module. The module runs on an intensive basis, with 3 blocks of about 1 week each, which in the last few years were between November and January.