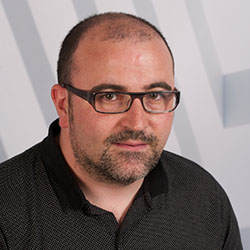 I joined the Law School in June 2012, having held a lectureship at Glasgow Caledonian University since 2009. At the Law School I teach across the full range of our public law classes: Public Law 1 (Constitutional Law), Public Law 2 (Administrative Law and Human Rights), Constitutional Law honours and Administrative Law honours. Previously I have also taught Legal Methods as well as Trusts and Succession.

My teaching reflects my research interests in constitutional and administrative law (with a recent focus on the constitutional law and politics of devolution), history (in particular the history of the political constitution), and theory (with an interest in the many, varied but scattered contributions by Hannah Arendt to legal debate). I would be delighted to hear from potential PhD students with interests in any of these (or other public law) areas.

In addition to teaching and research I am the Law School's Director of Student Experience, with responsibility for that experience in the key transitions onto, through and out of our various LLB degree options. Previously I have been the School's senior admissions officer, with a commitment to widening access to legal education, as well as the staff co-ordinator of our (very successfully) student-led Moot Society.

My research touches on the constitutional law, theory and history of Scotland and the United Kingdom. I have published on the United Kingdom's (so-called) 'political' constitution, as well as on various aspects of the law and politics of devolution, Brexit and Scottish independence. I have recently conducted a major empirical examination of the processes by which Bills in the devolved legislatures are vetted for legislative competence.

In addition, I have an interest in legal theory more broadly, and its impact on constitutional debates, and have pubished on the work of Benjamin Constant, Philip Pettit and Hannah Arendt. I am particularly interested in the legal and constitutional aspects of the latter's political thought, having completed a PhD on the topic, and published two co-edited collections, Hannah Arendt and the Law (Hart 2012) and Arendt and Law (Routledge 2017).

I would be delighted to hear from prospective PhD students with interests (broadly put) in any of these research areas.