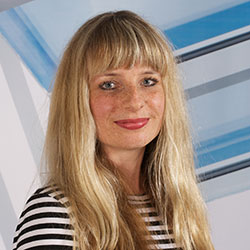 I joined the School of Psychological Sciences and Health as a lecturer in September 2008, having previously worked as a Research Fellow at Stirling University (with Professor Rory O'Connor). I am a Chartered Psychologist (Health Psychology), and my research is in Health Psychology and Health Services Research; However, I focus primarily on suicide and self-harm. My work is characterised by an interdisciplinary focus (e.g. psychology, health services research, primary and secondary care, epidemiology) and aims to address key health issues. My main research interest lies in the application of theoretical models to enhance our understanding of the aetiology of suicidal behaviours and psychological well-being across the lifespan. I have a track record of obtaining funding for this work (including Wellcome Trust, Chief Scientist Office, ESRC). I am a Centre for Health Policy Fellow in the Centre for Health Policy at Strathclyde University. I am also an affiliate member of the Suicidal Behaviour Research Lab at the University of Glasgow. My second research interest is the barriers and facilitators of vaccination behaviours as well as behaviour during disease epidemics. With Strathclyde collaborators (led by Lynn Williams) I currently hold two CSO grants to examine vaccination behaviours in Scotland.

I am the class leader for Individual Differences (C8303) which is a core 3rd year class, and Introduction to Mental Health Difficulties (B9200) which is a second year class. I also teach on the second year Social and Health Psychology module (C8202) and the fourth year psychology of mental health class. I am the chair of the School of Psychological Sciences and Health Ethics Committee and I serve as a member of the University of Strathclyde Ethics Committee.

Feeling Sad, Angry, or Scared: An Investigation of Gender Differences in the Regulation of Specific Emotions during an Emotion Regulation Task, and their Relationship with Mental Health
Contributor
24/6/2021
Public webinar: 'Improving Vaccine Uptake in Scotland: Implications for COVID-19, influenza and other adult vaccines.'
Speaker
29/7/2020
The consortium of European research on emotion
Participant
4/4/2018
Defeat and entrapment: How can psychology add to our understanding of suicide and self-harm?
Speaker
30/10/2017
Does perceived social support moderate the relationship between peer-victimisation and adjustment?
Contributor
15/9/2017
Understanding and preventing suicide: A psychological perspective
Recipient
11/9/2017