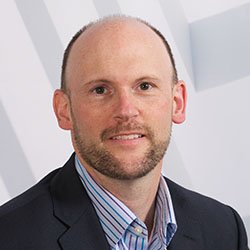 I joined the University of Strathclyde and the Centre for the Social History of Health and Healthcare (CSHHH) in 2011, after completing a PhD and post-doctoral work at the University of Exeter's Centre for Medical History.  My research and teaching have focussed on three primary areas within the history of health and medicine: mental health and psychiatry; allergy and immunology; and food and nutrition. Thanks to generous funding from the Wellcome Trust, this research has contributed to one edited volume: Proteins, Pathologies and Politics: Dietary Innovation and Disease from the Nineteenth Century (Bloomsbury, 2018, co-edited by David Gentilcore); and three monographs: An Alternative History of Hyperactivity: Food Additives and the Feingold Diet (Rutgers University Press, 2011); Hyperactive: The Controversial History of ADHD (Reaktion, 2012); and Another Person's Poison: A History of Food Allergy (Columbia University Press, 2015), which was reviewed in the New York Times and given honourable mention in the Association of American Publishers' Prose Awards for 2016.

I have recently finished writing The First Resort: The History of Social Psychiatry in the United States, which will be published by Columbia University Press early in 2023.  Funded by an AHRC Early Career Fellowship, this project investigates how American psychiatrists and social scientists viewed the connection between mental illness and social deprivation during the decades that followed the Second World War. This funding has resulted in a special issue of Palgrave Communications (co-edited with Lucas Richert) and two edited volumes, Deinstitutionalisation and After: Post-War Psychiatry in the Western World (2016) and Preventing Mental Illness: Past, Present and Future (2018), both co-edited by Despo Kritsotaki and Vicky Long, and published in the Palgrave series I co-edit with Catharine Coleborne: Mental Health in Historical Perspective.

In future, I would like to research the history of hydrotherapy in psychiatric practice.

I believe strongly that historical research can have a significant impact on public policy and decision making.  As such, I have tried to engage with the public as much as I can through broadcasting, public lecturing, blogging and speaking to health and education professionals.  My efforts in these areas were enhanced in 2012 when I was named an AHRC/BBC New Generation Thinker.  I have written for medical publications, such as The Lancet and the Canadian Medical Association Journal (CMAJ), presented my research to the New York City Department of Health and Mental Hygiene and work closely with a range of medical and educational professionals.  My book Hyperactive, for example, was used by novelist William Sutcliffe as inspiration and research for his novel Concentr8 (Bloomsbury, 2015).

I previously served as Vice-Dean of Research for the Faculty of Humanities and Social Sciences (HaSS), following stints as Co-Director of the Centre for the Social History of Health and Healthcare, the Director of Research for History and Deputy Head of the School of Humanities.  I have also served on the Executive Committee of the Society for the Social History of Medicine and the Royal Society of Edinburgh's Young Academy of Scotland.  I am a Fellow of the RSA and the Royal Historical Society.

I teach on a wide range of undergraduate and postgraduate classes, focussing primarily on the history of medicine, but also North American history.  My specialist courses include Madness and Society from Ancient Times to the Present; The Price of Health: The UK, US and Canada since 1800; and Food and Health in the West in the Twentieth Century.  In addition, I have taught on Disease and Society, History of the USA, Historiography, Cultures of Empire, Glasgow: History, Culture and Identity and other classes.

I am happy to supervise a variety of MSc, MRes and PhD projects in the history of health and medicine.  Currently I am primary supervisor or co-supervisor for the following PhD students:

Erin Lux (The Mad House or the Big House: Juvenile Delinquency in the Post-War Period)

Iain Ferguson (A Face to Die For: Acne, Accutane and the Quest for Perfect Skin. 1950s-present)

Rachel Meach (A Spoonful of Sugar: Dietary Advice and Diabetes in Britain and the United States, 1945-2015)

When do certain behavioural characteristics become a psychiatric disorder? How do we know what foods are healthy for us? Why have rates of food allergy and intolerance escalated in recent years? What are the root causes of mental illness?  My research involves analysing questions such as these from a historical perspective not only in the interest of charting our past, but also in the hopes of informing our future.

An Ounce of Prevention: A History of Social Psychiatry, 1939-Present
Smith, Matthew (Fellow)
"In 2010 I attended an international conference, entitled 'The Social Determinants of Mental Health' and held in Chicago. Its focus was to address the socioeconomic factors, ranging from poverty to violence, believed to cause mental illness. The participants, including David Satcher, the former US Surgeon General, not only advocated a more socially-informed approach to understanding mental health, but also wanted to launch a political movement that would place prevention at the heart of mental health policy and clinical practice.

Such an approach to mental health was not new, but its history has not been written and so was unknown to most of the conference participants. Building on the mental hygiene and child guidance movements of the early twentieth century, and reaching its peak during the 1950s and 1960s, the psychiatric and political movement known as social psychiatry similarly advocated a preventive approach to mental illness, which stressed alleviating social deprivation and inequality. But, although social psychiatry would become a major force within American psychiatry and politics, influencing both presidents of the American Psychiatric Association and the legislation of Presidents Kennedy and Johnson, it faded away in the subsequent decades, as biological approaches to mental illness became the dominant force in American psychiatry.

Given the World Health Organisation's recent warnings that mental illness will become the world's most common malady within twenty years (Mental Health Atlas, 2011) - not to mention the escalating social and economic cost of such conditions - it is not surprising that preventive approaches to mental illness are again attracting attention. This project seeks not only to analyse a neglected chapter in the historiography of psychiatry, but also to inform current attempts to address the social determinants of mental health by examining the successes and failures of social psychiatry.

The project is divided into three sections. The first examines the intellectual origins of social psychiatry, including its roots in the mental hygiene and child guidance movements of the early twentieth century. Widespread interest in social psychiatry escalated not only because it addressed concerns about the rising rates of mental illness, but also because it represented an interdisciplinary collaboration between psychiatrists and social scientists that inspired a wide audience in academic and public policy circles. The project will address the historical factors involved in this cooperation, and assess both the benefits and disadvantages of such an interdisciplinary approach to mental health. The second section of the project examines the zenith of social psychiatry, as it threatened to eclipse psychoanalysis and biological psychiatry (which stressed neurological explanations of and pharmaceutical treatments for mental illness) during the 1960s. Unfortunately for social psychiatrists, however, the interest in preventive approaches waned during the 1970s and 1980s, as psycho-pharmacology became more popular amongst both psychiatrists and their patients, and economic and political pressures deflated the socially progressive zeal of American politicians and mental health professionals. The third section of the project will examine not only the decline of social psychiatry, but also explore why preventive approaches to mental illness have once again found favour in both the US and elsewhere."
01-Jan-2014 - 31-Jan-2017
Preventing Mental Illness Past Present and Future Witness Seminar
Smith, Matthew (Principal Investigator)
01-Jan-2016 - 31-Jan-2016
Health History in Action : The Society for the Social History of Medicine Postgraduate Career Development Workshop and Conference
Smith, Matthew (Principal Investigator)
01-Jan-2015 - 31-Jan-2015
DSM-5 and the Future of Psychiatric Diagnosis
Smith, Matthew (Academic)
06-Jan-2014 - 08-Jan-2014
One Person's Food is Another's Poison: Food Allergy in the Twentieth Century - Fellowship
Smith, Matthew (Principal Investigator)
05-Jan-2011 - 04-Jan-2012
The History of Social Housing in Greater Edinburgh (PhD studentship)
Smith, Matthew (Principal Investigator)
05-Jan-2021 - 04-Jan-2024