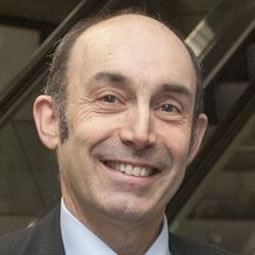 In collaboration with the Principal and Professors Kerr and Uttamchandani, Professor Bedford leads activity in Knowledge Exchange and Enterprise.

Professor Bedford leads the Research and Innovation portfolio in the University Executive Team, working in close collaboration with the Principal and Deputy Associate Principals Professors Hamill, Kerr and McArthur.

Professor Bedford has two roles at the University: He leads the Research and Innovation portfolio within the university, with a particular focus on the Innovation aspects, working closely with other senior colleagues each of whom has specific responsibilities within R&I; He is also Professor of Decision and Risk Analysis within the Management Science Department of the Business School.

Professor Bedford is currently a member of the Scottish Funding Council Research and Knowledge Exchange Committee. He is a Fellow of the Royal Society of Edinburgh and a member of its Business Innovation Forum. In 2016 he was on the advisory board of the Reid Review of Scottish Innovation Centres.

He studied mathematics at Warwick University where he obtained BSc, M.Sc. and Ph.D. degrees. He holds an Honorary Doctorate in recognition of his work in risk analysis, from the Faculté Polytechnique de Mons, and has been elected a Fellow of the Royal Society of Edinburgh, Scotland’s National Academy. He held a fellowship at King's College Cambridge where he was a member of the King's College Research Centre project on Chaotic Dynamics. He then took a lectureship in applied probability at Delft University of Technology in the Netherlands, and later became Senior Lecturer in Applications of Decision Theory in the same department.

Prof Bedford has been active in various professional societies, amongst others the European Safety and Reliability Association and the Dutch Reliability Society, of which he was Chair. He has been Chair of the Committee of Professors of Operational Research, the network of UK OR Professors and was a member of the Board of Directors of the European Safety Reliability and Data Association ESReDA. He has been elected a Fellow of the UK Safety and Reliability Society and of the Institute for Mathematics and its Applications. He was a member of the EPSRC Mathematics Programme Strategic Advisory Panel. He has carried out research and consultancy projects for a range of companies including Aveco, ESTEC, MoD, DSTL, Railway Safety, Magnox, Netherlands Ministry for Water Management, Philips, Scottish Power, SSE. He was awarded the Donald Julius Groen prize for 2009 by the IMechE Safety and Reliability Group, and in 2013 was awarded the Lloyds Risk Prize for work on Societal Risk. He was co-chair of the EURO2015 Conference - the major European conference on Operational Research in 2015, and also co-chair of the ESREL2016 Conference – the major European conference on Safety and Reliability.

“Collaboration with external partners is a major theme for both of my roles. My research into risk analysis tries to combine fundamental theoretical advances - particularly around probability and consequence modelling - with applications to real-life problems. Fortunately in the area of risk management and analysis these two elements go together very well. There are lots of interesting theoretical problems that arise from trying to make sense of practical issues! I am an active researcher involved in several different research projects, and helping the academic and practitioner community through consulting, conference organisation and more. With my colleagues in the Risk Consortium here at Strathclyde I do a lot of work with companies that have live problems in need of fresh approaches.

I have been very lucky in my career to get the opportunity to develop into new fields of expertise. I started out as a pure mathematician working on fractals, and was fortunate to work for Benoit Mandelbrot. I have always been interested in potential applications though, and now have lots of opportunities for this! In my spare time I play trombone with the University Big Band. My great ambition, which will certainly remain unfulfilled, is to play like Frank Rosolino, J.J. Johnson or Curtis Fuller.”