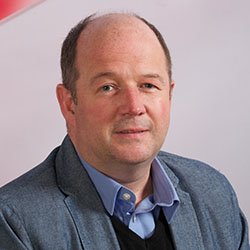 Scotland and Ulster connections in the seventeenth century : Sir Robert Adair of Kinhilt and the Scottish Parliament under the covenanters
Young John
Journal of Scotch-Irish Studies Vol 3, pp. 16-76 (2013)
The Scottish Parliament 1639-61: A Political and Constitutional Analysis
Young John R
(1996)
Monarchs and parliaments in a Scottish context : the Scottish restoration parliament and the reassertion of the royal prerogative of Charles II as King of Scotland
Young John
Ricordo di Antonio Marongiu Giornata di Studio – Roma, 16 Giugno (2013) (2013)
Escaping massacre : Refugees in Scotland in the aftermath of the 1641 Ulster rebellion
Young John
Age of Atrocity. Violence and political conflict in early modern Ireland (2007) (2007)
Charles I and the 1633 Scottish parliament
Young JR
The history of the Scottish parliament parliament and politics in Scotland 1567-1707 (2005) (2005)
The Scottish response to the siege of Londonderry 1689-90
Young John R, Kelly W
The sieges of Derry (2001) (2001)

I teach courses that are mainly focused on seventeenth century and early eighteenth century Scotland. I am committed to research-led teaching as well as the teaching of Scottish history within a wider international context. I have also taught courses here at Strathclyde on Tudor England and Early Modern Europe and I have contributed to other courses on Modern Scottish History and Modern European History.

I am the Internationalisation Co-ordinator for the School of Humanities

Since 2009 I have been a member of the Steering Committee of History UK.

I have been the External Examiner of PhD theses at the universities of Aberdeen, Cambridge, and Ulster.

I have published on all of these topics. My work has been published in France, Ireland, Italy, Poland, Portugal, Spain, and the USA. My research on the pre-1707 Scottish Parliament has been published in the specialised publications of The French National National Assembly and the Parliaments of Catalonia, Poland and Portugal respectively. I have a leading role in the International Commission for the History of Representative and Parliamentary Institutions (ICHRPI) as the editor of the Commission's journal Parliaments, Estates and Representation published by Taylor and Francis.

The Historical Journal (Journal)
Peer reviewer
18/8/2020
The Scottish Parliament and the 1641 rebellion
Speaker
16/8/2019
The Scottish Parliament, maritime security and the problem of piracy in the Wars of the Three Kingdoms, c.1639-51
Speaker
24/6/2019
'Hands across the water'. Scotland's historic links with Ulster in the seventeenth century.
Speaker
7/3/2019
Scotland's forgotten famine ? The famine of the 1690s and Scottish migration to Ulster
Speaker
6/3/2019
Journal of the Northern Renaissance (Journal)
Peer reviewer
2018