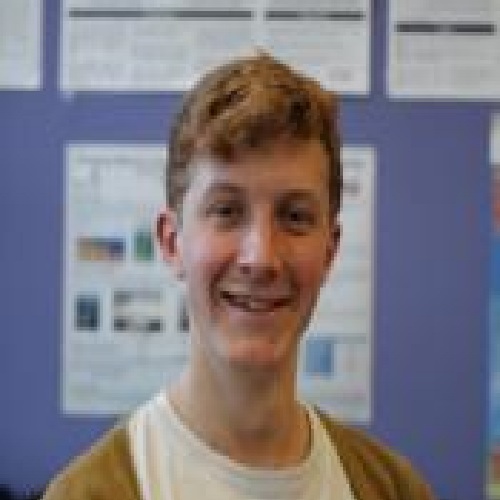 Non-linear surface gravity waves are subject to an instability that can lead to the generation of spectral-sidebands and the eventual break-up of the waves known as the modulational or Benjamin-Feir instability. Not only is the modulational instability a fundamental aspect of the fluid mechanics of the problem, it is also thought to play a role in the generation of rogue or freak. Such wave events may lead to the sinking of ships or the failure of a marine energy device, and understanding the deterministic and statistical mechanisms involved is thus critical for design. The superimposition of surface waves onto a current changes the stability properties, especially in the case of sheared currents. Combined currents and waves are relevant for the design of marine energy devices given their location in strong and often strongly sheared currents. Kharif et al. (2012) have recently shown how the stability of unidirectional surface waves on a sheared current with constant vorticity may be described by deriving a relevant non-linear Schrödinger equation (the vor-NLS equation). These predictions have not been verified experimentally.﻿