Facing Down The Gig Economy 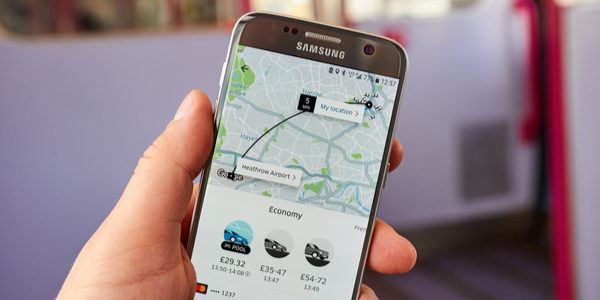 Last week’s decision of the UK Supreme Court in Uber BV v Aslam [2021] UKSC 5 has attracted far more media interest than any other decision of the Court since their dramatic intervention to regulate the executive’s power of suspension of parliament in R (Miller) v Prime Minister [2019] UKSC 41. The two decisions are linked by a desire to control oppressive behaviour and both have been widely applauded.

Uber is a business and a platform that offers transport services to its users, with drivers taking customers from point A to point B for a fee. The case raised the question of the status in law of drivers whose work is arranged through Uber’s app.

In the UK a number of key employment rights are possessed by workers (within the meaning of the Employment Rights Act 1996, section 230) as well as employees. An employment tribunal had held that the drivers were workers and thereby eligible to claim the national minimum wage and paid annual leave. Uber claimed that the drivers were self-employed and drove under contracts made with passengers through Uber as their booking agent. Both the Employment Appeal Tribunal and the Court of Appeal had agreed with the tribunal’s decision. In a damning evaluation of Uber’s claim, it had been said by the employment tribunal that the “notion that Uber in London is a mosaic of 30,000 small businesses linked by a common ‘platform’ is…faintly ridiculous.”

As has been widely reported, the Supreme Court rejected Uber’s argument that they were merely an agent and upheld the view that the drivers should be classified as workers. Uber had spent a great deal of time and money constructing complex contractual arrangements to avoid such a conclusion. The Court was of the view that, nevertheless, the written documentation failed to establish an agency relationship.

It seems fair to say from scrutiny of the Uber Blog that they have not accepted the outcome graciously: “Over the last few years we have made significant changes to our business and have been guided by drivers every step of the way. Many of the examples called out in the judgement are no longer relevant.” It seems reasonable to assume that further litigation will ensue involving drivers on more recent iterations of the Uber contract. Further money will also be spent on instructing lawyers to create even more Byzantine webs.

Apart from the headline finding that Uber drivers are workers, the Supreme Court also discussed the correct approach in interpreting agreements for the provision of work. Employers, almost invariably, are the drafters of contracts where employees and workers are concerned and this allows them to dictate not just the substance of the bargain but also to try and determine the nature of the contractual relationship. The most effective way to contract-out of employment protection rights is to create a contractual relationship that does not confer those rights. Very much conscious of these challenges the Court adopted a 'purposive’ approach to interpretation; as previously advocated by Alan Bogg and Michael Ford in their excellent article on the Court of Appeal decision in Uber : “Between statute and contract: who is a worker?” (2019) 135 LQR 347. Such an approach makes contracting-out harder to achieve and the importance of this was stressed in the Supreme Court’s judgment (at paragraph 76): “Laws such as the National Minimum Wage Act [1998] were manifestly enacted to protect those whom Parliament considers to be in need of protection and not just those who are designated by their employer as qualifying for it.”

Determining the nature of the relationship in the Uber case required the realities of the working relationship to be assessed. The degree of control exercised by Uber was very much consistent with the conclusion that the claimants were workers: “Taking these factors together,” as noted at paragraph 101 of the judgment, “it can be seen that the transportation service performed by drivers and offered to passengers through the Uber app is very tightly defined and controlled by Uber. Furthermore, it is designed and organised in such a way as to provide a standardised service to passengers in which drivers are perceived as substantially interchangeable and from which Uber, rather than individual drivers, obtains the benefit of customer loyalty and goodwill.” In assessing the strength of future claims it will be worth bearing in mind the observation (from paragraph 87) that, “The greater the extent of such control, the stronger the case for classifying the individual as a ‘worker’ who is employed under a ‘worker’s contract’.”

The decision in Uber is to be warmly welcomed: those who were, in substance, workers were treated as such. This enables employment protection law, in the words of Lord Leggatt in the UK Supreme Court (at paragraph 71), to fulfil its mission “to protect vulnerable workers from being paid too little for the work they do, required to work excessive hours or subjected to other forms of unfair treatment (such as being victimised for whistleblowing).” Uber very much builds on the earlier decision of the Supreme Court in Autoclenz v Belcher [2011] ICR 1157 which broadened the concept of sham contract. Both decisions facilitate decisions on eligibility for employment protection being based on the realities of the working relationship concerned and not the way in which the employer has presented matters.

As others have pointed out, the role of the employment tribunal at first instance is to be commended. They arrived at the right answer despite the herculean efforts of corporate lawyers to obfuscate the position. This was no easy task. The outcome in Uber was one anticipated by many employment law practitioners. It would also have come as no surprise to Uber passengers given the way in which the company had projected themselves; as a result passengers would have assumed that they ran a transportation business and employed drivers to that end.