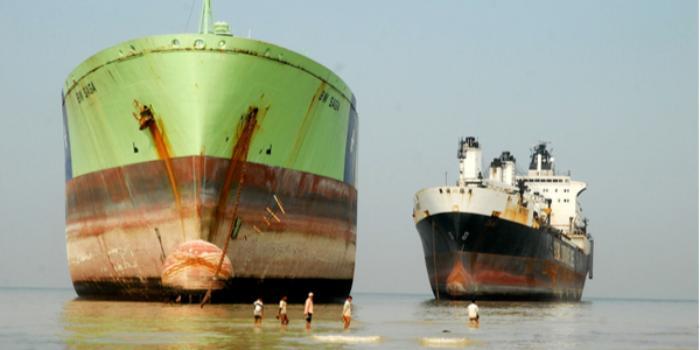 The term “supply chain” is much in the air at the moment as we experience the aftermath of Brexit and begin to understand its consequences. Labour lawyers have long been concerned with the problems of worker exploitation that supply chains can facilitate. Commercial inter-connectivity impacts on employees and workers in a wide variety of ways. The outsourcing, by multi-national corporations, of the production of components or materials to employers in countries with inadequate health and safety regulation can mean that large corporations avoid all liability should death or personal injury ensue. The common law is not blind to such concerns. For example, in a limited range of situations the employee of a subsidiary may have a remedy against the parent company, notwithstanding the usual rule that a company is a legal entity separate from its shareholders. In the case of Chandler v Cape ([2012] EWCA Civ 525) the parent company was found to owe a duty of care to an employee of a subsidiary (which was no longer in existence) who had developed asbestosis after exposure to asbestos dust. Decisions such as Chandler give rise to a duty because the parent company has assumed responsibility through taking control over the health and safety function. Chandler is the progeny of leading cases such as Smith v Littlewoods ([1987] AC 241) and Dorset Yacht v Home Office ([1970] AC 1004) which dealt with situations where a defender owes a duty in respect of the acts of third parties.

The options available to employees within a corporate group are limited but matters can become even more problematic where the complaint lies against a defender who is not part of the same corporate structure. This was demonstrated by the unsuccessful claim in the US case of Doe-I v Wal-Mart (572 F 3d 677 (2009)). There, employees of foreign companies that sold goods to Wal-Mart filed a class action lawsuit in a state court based on working conditions in each of their employers’ factories, relying primarily on a code of conduct included in Wal-Mart’s supply contracts which specified basic labour standards that suppliers had to meet. The case was argued on a variety of grounds and included a claim that a tortious duty of care arose to monitor suppliers or to protect plaintiffs from their employers’ working conditions. Two points might be made about the claim’s failure. First, it was not possible, given the lack of intervention by Wal-Mart, to establish that a duty of care existed on the basis of control exercised over the foreign employers. This will almost certainly be a common problem and one that will be particularly acute where the supply chain is extended. Second, it was also found that there was no breach of any undertaking given to protect the claimants. The defendant had merely reserved the right to cancel its supply contracts if inspections revealed contractual breaches by the suppliers.

In the UK, as part of a commitment to corporate social responsibility, many corporations publish codes similar to Wal-Mart’s. A foreign worker who was injured might seek to raise a negligence action on the basis that the publication of a code gave rise to a duty of care. Such an action is perfectly possible in principle as a duty of care can arise where a defender has assumed responsibility to the claimant by publishing assurances as to the defender’s future conduct. There are significant limitations with this path to recovery including the utterly fundamental one that it is entirely a matter for the defender whether he chooses to give any assurances in the first place. The common law will not compel him to speak if he doesn’t want to.

The recent decision of the Court of Appeal in England and Wales in Begum v Maran (UK) Limited [2021] EWCA 326 raised a further instance of the ways in which global trading can pose risks to workers. Begum concerned the responsibility of a third party (the chartering broker of an oil tanker) to a worker who was killed in an industrial accident. On this occasion, the defendant was not the ultimate purchaser but rather the supplier of a product whose sale posed a risk to workers who would come into contact with it. His widow sought redress. The defendant was the broker who had arranged the sale of the vessel for the purposes of demolition and sought to have a claim brought by the widow of the worker struck out.

In 2018 the deceased fell to his death whilst working on the demolition of the oil tanker in the Zuma Enterprise Shipyard in Bangladesh. In 2019 the deceased’s widow issued proceedings in the High Court claiming damages for negligence under English law. The proceedings were not brought against the owner of the yard and/or the deceased’s employer. Both were Bangladeshi entities. Instead, proceedings were brought against Maran (UK) Ltd, a company registered in the UK, with it being alleged that Maran was both factually and legally responsible for the vessel ending up in Bangladesh where working conditions were known to be highly dangerous. The sale price was hugely significant because it was claimed that securing a high price meant that Maran would have known that the tanker would be broken up in Bangladesh at a yard with negligible safety standards.

The relevant law was again to be found in decisions such as Smith v Littlewoods and the claim was said to be an instance of the exception which arises where A is responsible for or has created the danger which B has then exploited and that has caused harm to C. The Court of Appeal refused to strike the claim out: “this claim raises triable issues of breach of a duty of care by [Maran] which, subject to the question of limitation, should be allowed to proceed to a trial.” It should be said that the limitation issues were challenging ones.

The outcome in the case is ground breaking but it is important to stress that it was decided by reference to orthodox legal principles which were clearly articulated in Smith. The impact may also be limited. The assumptions of fact in Begum meant that the tanker could be seen as a source of danger. In particular, “[Maran] knew that, because it had chosen to sell for $16 million to [the buyer], the vessel was going to end up in Bangladesh, on Chattogram beach.” Moreover, “[Maran] knew that beaching [i.e. the demolition method] was an inherently dangerous working practice and that the safety standards in the yards in Chattogram were particularly egregious, and that as a result fatalities and serious injuries occurred there regularly…”. However, many products are not inherently dangerous in themselves though they may become so depending upon the use to which they are put. I would suggest that, in general, it will be much more likely that there will be insufficient evidence as to future use to hold that the seller created a source of danger. It is also worth noting that in Begum Coulson LJ pointed out at [43] that it was arguable that had the vessel been “in a dry dock in China, surrounded by cranes and safety infrastructure, it would not itself be inherently dangerous.”

Common law ingenuity is to be commended but will only take us so far. Corporate bodies who decline to exercise control or assume responsibility will not be compelled to do so. The ultimate purchaser in a global supply chain may be able, and may choose, to exert control over other actors in the chain. Should that happen employees of those actors may seek to point to the fact of control as the basis for establishing a duty of care. Such situations are unlikely to be common. Banishing exploitation in the operation of global supply chains will not be accomplished by the common law.