By Malcolm Combe, posted on 1 March 2021. This is the second of two blog posts by him on residential tenancy matters. 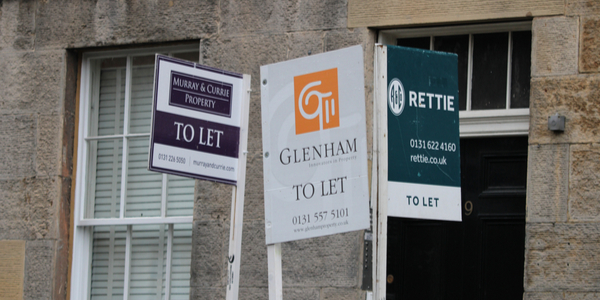 In an earlier blog post for the Strathclyde Law Blog, I spent some time discussing a tenancy deposit dispute that was reported in the press. That case was my first port of call as it allowed me to explain the operation of the tenancy deposit scheme and sanctions that can follow from a breach in a relatively clear-cut situation. I am now going to draw attention to another landlord and tenant (and latterly letting agent and tenant) dispute. This saga did not hit the news in the same way, and is not quite as simple to conceptualise. It does however highlight the reach of the Tenancy Deposit Schemes (Scotland) Regulations 2011, plus a separate point about letting agent regulation.

The first reported stage of this story is the case with reference FTS/HPC/PR/20/1093: the ultimate decision is available on the FtT’s website, leave to appeal was sought and refused. This involved two co-tenants who paid a deposit of £825 in respect of a tenancy entered into in September 2018 for a flat at Stobcross Street, Glasgow. The deposit was duly and timeously registered with an approved scheme.

Almost a year later that arrangement had seemingly run its course; one tenant wished to leave the let property, whereas the other wished to stay. A new co-tenant was willing to move-in with the remaining occupier. For reasons apparently linked to the ingoing inventory and the deposit (more on the deposit below) the letting agent who represented the landlord (more on letting agents below) wished for a brand new tenancy.

This new individual accordingly joined forces with one of the former tenants to enter into a new tenancy, on 14 July 2019, as the older tenancy ended. Of course, this arrangement could have been functionally achieved by way of an assignation (transfer) of the outgoing tenant’s interest, but it was not. This proved to be a problem in relation to the management of the tenancy deposit.

The parties had agreed that the deposit paid in respect of the earlier tenancy would be transferred to the later tenancy. This deposit switcheroo was not smoothly effected. The new occupant of the let property provided evidence of a transfer of £412.50 to the person who had left in the summer of 2019. On 8 October 2019, the letting agent requested a refund of the deposit in respect of the earlier tenancy (an act which meant the tenants who had deposited the funds were contacted to confirm they were happy for this to happen, and it seems this confirmation was provided 14 working days later). The full deposit associated with the first tenancy was then paid into the letting agent’s bank account on 30 October 2019. Finally, on 5 December 2019, the deposit for the later tenancy was registered in a secure deposit scheme.

It will be recalled that regulation 3 of the 2011 Regulations stipulates that any deposit is to be lodged within 30 working days of the beginning of the tenancy. There is no need for a tenant to suffer actual financial loss for the penalty regime to apply.

No money had in fact changed hands as between landlord/letting agent and tenants, but there was a clear gap period where neither tenant had a protected deposit. The newest occupant of the property was also particularly vulnerable, as she was unable to enjoy direct protection of what might be called the legacy deposit at the beginning of her occupation.

This delay in properly protecting the deposit for the new tenancy was one issue, but there was also a separate issue in relation to regulation 24 of the 2011 Regulations. That relates to the repayment of a deposit by the secure deposit scheme when it is no longer required, with it being ordained that a landlord must apply to the scheme administrator for repayment of any tenancy deposit paid to an approved scheme on, or as soon as is reasonably practicable after, the end of the tenancy.

Had the 2011 Regulations been breached? The FtT ruled they had been. In particular, steps in relation to the old deposit should have been taken much sooner, and had that been the case – even if there had been a lag in terms of the initial tenants approving the repayment –  regulation 3 could have been complied with. A sanction of £1,102 was ordered. The importance of this case for present purposes is not so much the sanction figure, but rather the fact that this confusing arrangement, entered into for whatever reason, led to a breach of the law and came back to haunt the landlord and letting agent. There was a further point raised by this dispute, relating to the proper running of businesses who represent landlords in their dealings with tenants, known as letting agents. That ancillary point will be considered now.

Letting Agent Regulation and the Code of Practice

Letting agents in Scotland have been regulated since 2018, as detailed on the Scottish Government website. The Letting Agent Code of Practice was provided for by the Housing (Scotland) Act 2014 – the same statute that introduced a system of letting agent registration. The Code of Practice takes in matters such as the proper handling of monies and overarching standards of practice. Where the Code is not complied with, an interested party can bring an action to the FtT under section 48 of that Act for a determination to that effect. Where the FtT decides that the letting agent has failed to comply with the Code, it must make a “letting agent enforcement order” requiring that the letting agent take such steps as it considers necessary to rectify the failure. Such an order can, where appropriate, order the letting agent to pay to the applicant such compensation as the FtT considers appropriate for any loss suffered.

What did this mean for this dispute under discussion? As the legal action relating to the deposit was gathering steam, the letting agent communicated with the tenants in what might be described as trenchant terms. At this point I must declare an interest: the dispute involved a former student and (I hope I can say) current friend, who was acting on behalf of his brother in his application to the FtT. The letting agent’s brusque communiqué led that individual to contact me, mainly to query whether all the “costs” that the letting agent said they would be chased for would genuinely be their responsibility.

In my reply to that email, at the same time as clarifying that the “costs” angle was a long shot (more on that below), I flagged the Letting Agent Code of Practice as something else to raise with the FtT. An action was duly raised, with some success. The relevant decision can be found on the FtT’s website (reference FTS/HPC/LA/20/1499; as with the other case, leave to appeal was sought and refused).

You can pick up a flavour of the correspondence by reading the decision. To focus on the key aspects, the FtT took particular issue with the letting agent expressing their view that the tenants were “trying to exploit this situation [in relation to the deposit]” and also that “if needed we will engage the best legal team and vehemently defend this case and win. We intend to pursue [the tenants] for any legal costs [sic] incurred”. Both of these passages were held to be contrary to Section 7, paragraph 111 of the Code of Practice, which provides:

You must not communicate with landlords or tenants in any way that is abusive, intimidating, or threatening.

On the first passage, it was noted that:

The Tribunal considers the wording of paragraph 3 is intimidating and threatening. To suggest that a person is exploiting another person is a serious matter.

As for the second passage:

The Tribunal considers the entire wording of the third last paragraph of the email is intimidating and threatening and is therefore in breach of paragraph 111 of Section 7 of the Code of Practice. The words are designed to make the Applicant think again about pursuing the Deposit Application and are written in an effort to persuade him to withdraw or otherwise drop that application threatening a liability in legal costs if the Applicant persists.

The net effect of these breaches led the FtT to order a £250 penalty in respect of distress caused by the letting agent. The distress was spoken to by the applicant’s representative (as detailed at paragraph 39 of the decision), such that he made panicked telephone calls after feeling genuinely threatened on receipt of the message from the letting agent, not to mention that he was concerned about a financial hit for making an application relating to the deposit and related expenses, with that distress lasting for a few days until legal clarification had been obtained. That there was indeed some distress was accepted by the FtT (paragraph 71), hence the financial penalty. For context, this is not the biggest penalty that has applied in the context of a breach of paragraph 111: see for example FTS/HPC/LA/19/3383, where the letting agent was ordered to pay £500. Aside from the financial matter, had the FtT not been satisfied that an apology had already been made (in written submissions and orally), an apology would also have been ordered.

As an aside, was the letting agent correct to raise the prospect of the tenants being pursued for its legal costs? Even overlooking the English terminology of “costs” – the correct Scots law term being “expenses” – this was surely too bold. Expenses are dealt with at Rule 40 of the First-tier Tribunal for Scotland Housing and Property Chamber Rules of Procedure 2017, such that the FtT may only award expenses against a party where that party through unreasonable behaviour in the conduct of a case has put the other party to unnecessary or unreasonable expense. Exploring and then substantiating a possible breach of the rules relating to tenancy deposits is not unreasonable.

Despite being almost ten years old, proceedings at the FtT speak to a surprising number of landlords who seem happy enough to ignore or chance matters when it comes to deposit protection. Admittedly, the case discussed here was quirky and it is perhaps difficult to read too much of a trend into that, but the case discussed in my earlier post was clear-cut and there really can be no excuse for landlord ignorance, especially when standard tenancy documentation and private landlord registration questionnaires make reference to the rules.

As for the newer regime relating to letting agent regulation, there is now an increasing body of relevant case law accessible on the FtT’s website. Whilst this particular letting agent case might be but one of several, it also serves as reminder of relevant rules.

These are tough times for many landlords and tenants, and in tough times people can cut corners or send communications they might later regret. The rules are clear though and all parties should strive to avoid that happening. If nothing else, these cases illustrate a failure to take proper heed of the rules can see you involved in legal proceedings, with financial penalties being a real possibility.