Sentencing: A Social Process – Re-thinking Research & Policy asks how we should make sense of sentencing when, despite huge efforts world-wide to analyse, critique and reform it, it remains an enigma.

It reveals how both research and policy-thinking about sentencing are confined by a paradigm that presumes autonomous individualism, projecting an artificial image of sentencing practices and policy potential.

Conceiving of sentencing instead as a social process, the book advances new policy and research agendas, which will reward not only those interested in criminal justice, but also in discretion, decision-making, the professions, as well as gender and technology.

And the new book has already been attracting widespread international praise, with leading scholars from the USA, Australia, Europe and the UK describing it as a pioneering work.

“I’m delighted that the book is being so well received. However, the credit is certainly not all mine!

“I owe a debt of gratitude to my wonderful colleagues at the Law School and its Centre for Law, Crime & Justice who have helped me think more imaginatively about classic dilemmas.

“So while the book focuses on sentencing, it draws inspiration on a wide range of ideas, including: property, gender and critical legal theory, social anthropology, the professions, as well as technology. Without the insights of my colleagues, Sentencing: A Social Process would have remained a pipe-dream.

“But it’s not just my colleagues who have been inspirational, but my students – perhaps more than they know! Whether it be on our Masters in Criminal Justice & Penal Change, or LLB classes, my students regularly make me reflect and re-think taken for granted assumptions.

“My students are not only endlessly motivating, but intellectually galvanising. Thanks to them, I never a class without a spring in my step and a new way of seeing the world!”

Sentencing: A Social Process – Re-thinking Research & Policy is published by Palgrave MacMillan (Socio-Legal Series). See:  http://shorturl.at/fuEF2 where you can read extracts from the book. The whole book can purchased or individual chapters.

If you are a registered Strathclyde student, the book is available digitally (hard copy to follow) from the University of Strathclyde Library. 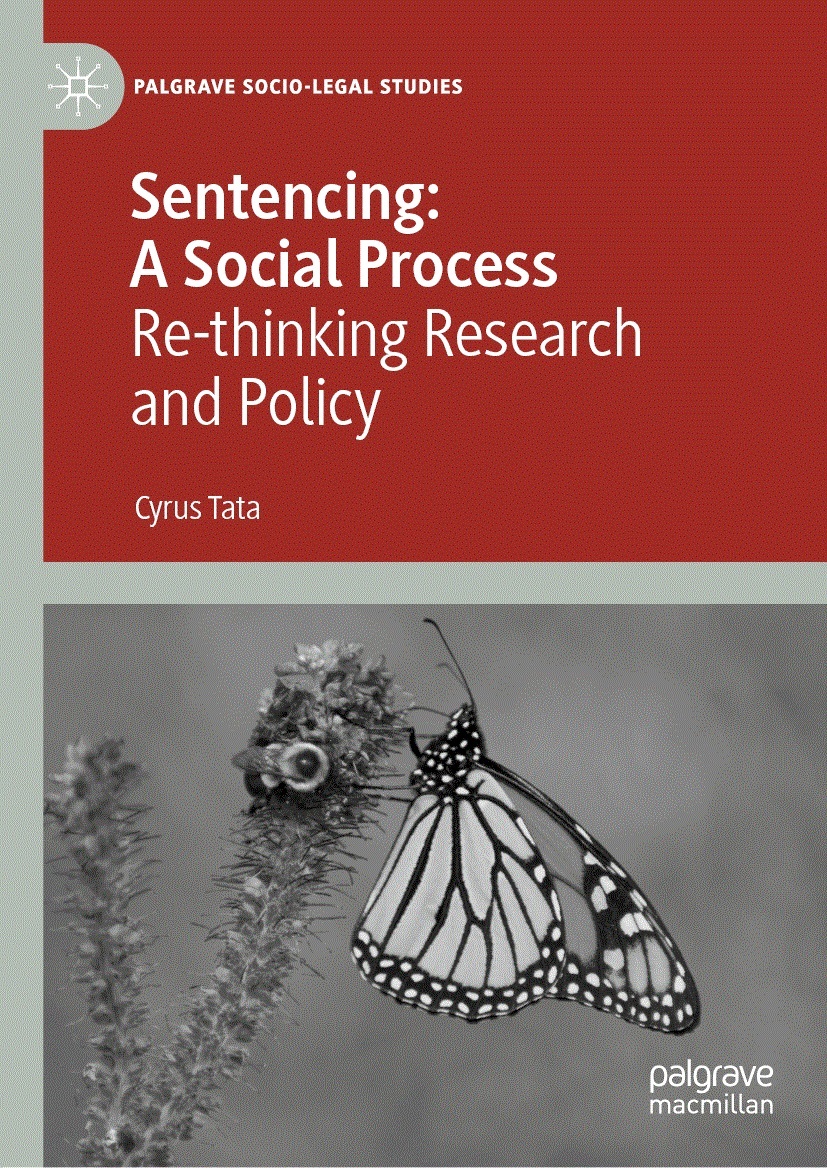 Find out more about the work of the Law School’s Centre for Law, Crime & Justice.