One of Scotland's judges has joined the University of Strathclyde's Law School as a Professor of Practice.

The Hon Lady Wolffe (Sarah P L Wolffe QC) has been a judge of the Court of Session in Scotland since 2014 and, in 2016, became the first woman to be appointed to the Commercial Court. She has had a legal career spanning nearly 30 years, with a particular focus on commercial law.

Professor Wolffe, who intends to pursue research and writing on civil justice and commercial law as well as teaching, takes up her post at Strathclyde on 20 September. She said: "I am honoured indeed to be joining Strathclyde Law School. I am looking forward very much to the opportunity to get to know my new academic colleagues and students, to contribute to the education of a new generation of lawyers, to think and write about areas of the law which are of interest to me and to participate generally in the life of the Law School."

Professor Claire McDiarmid, Head of Strathclyde Law School, said: "We have great pleasure in welcoming Professor Wolffe to Strathclyde. She is a vastly experienced legal professional who has practised law at the very highest level at the bar and as a judge. Her knowledge and expertise of the law and its application in practice will be an immense asset to Strathclyde Law School and will be greatly beneficial to our staff and students."

Professor Wolffe studied at Dartmouth College, New Hampshire, the University of Edinburgh and Balliol College, Oxford. She qualified as a solicitor in Scotland in 1992, was called to the bar in 1994 and took silk as a QC in 2008. She was appointed a Senator of the College of Justice in 2014 and served as a Commercial Judge 2016-17 and 2018-21. She was standing junior counsel to the Department of Trade and Industry and its successor departments (1996-2008), a member of the Faculty of Advocates Discipline Tribunal (2005-2011), Chancellor to the Bishop of Argyll & The Isles (2004-2014) and the Bishop of Edinburgh (2006-2014), Procurator to the Scottish Episcopal Church (2006-2014), and a member of the Scottish Civil Justice Council (2013-2014). She is currently the President of the Disciplinary Tribunal of the Scottish Episcopal Church and President of the Stair Society.

She was formerly Scottish editor of MacGillivray on Insurance Law and Mithani on Directors' Disqualification and contributed to the 11th edition of Gloag and Henderson on the Law of Scotland.

Professor Wolffe is a trained mediator and before serving as a judge was a member of the Faculty of Advocates' Alternative Dispute Resolution panel of accredited Counsel. 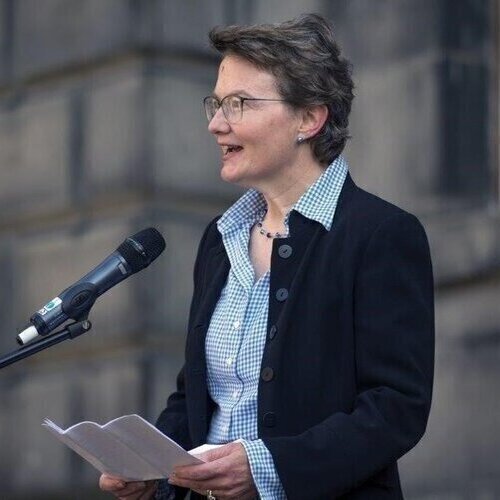