A study by the Children and Young People's Centre for Justice (CYCJ) that draws on data which suggests the most vulnerable children in England and Wales are being sent to secure children's homes in Scotland, when places can't be found for them locally, has today been published by the Nuffield Family Justice Observatory.

At any one time around 25 children or more from England and Wales are living in secure care in Scotland, an average of 353 miles away from their homes, family and friends. The study suggests that they are the most vulnerable of an already vulnerable group of children, having experienced more serious difficulties - such as neglect, abuse, mental health problems, criminal and sexual exploitation - in childhood than children placed in secure homes in England.

The study is based on two secure care censuses that CYCJ undertook on a set day in Scotland's five secure accommodation centres in 2018, and again in 2019. The previous reports by Ross Gibson combined all children resident in secure care on these dates, regardless of their home nation.

CYCJ was subsequently asked by the Nuffield Family Justice Observatory to produce a report that focused only on children from England and Wales who were placed in Scottish secure care during 2018 and 2019.

More than a third (37%) of children in the census had been placed in Scotland by English or Welsh local authorities. Over 70% of those children had experienced 'adverse childhood experiences' such as emotional or physical neglect or abuse, parental mental ill-health, substance abuse, or separation, or exposure to domestic violence at some point in their lives - more than children in a comparable study in England.

This report compliments the data provided within the CYCJ reports, adding to what is already known about this group of children. The original report focused primarily on ACEs and poverty; the new report has a deeper focus on a wider range of life experiences.

Ross Gibson, lead researcher of the study at CYCJ, said:

"Our data suggests that the children placed in Scotland's secure children's homes by local authorities in England and Wales have had a childhood marked by intra-familial abuse and year-on-year exposure to adversity and risk. Separation from family and friends is often another blow to a cohort of children who have faced multiple difficulties.

"Making the situation even more pressing is potential new legislation on its way in Scotland that could ban or significantly reduce the number of placements that are available in Scottish secure care homes to children from England and Wales. The urgent need for an alternative plan to take care of these children if that happens has yet to be acknowledged by policy makers in those countries."

"Whilst this report is about children from England and Wales, it is also important and very much of relevance to us here in Scotland. These are the children that Scottish secure providers are looking after, and - in some small number of cases - they remain in Scotland following their transition out of secure care. This research allows secure care providers to better understand their needs and give them the best support."

The study also showed a strikingly high prevalence of mental health or emotional difficulties, substance misuse problems, incidents of violence to parents and staff, school exclusion, youth justice involvement and sexual exploitation in the year prior to the children being admitted to the secure unit. Child sexual exploitation was cited as a primary reason for admission for 23% of children - contributing to concerns that children are the ones being moved away and isolated, rather than potential offenders.

The children in the study came from families living in the most deprived areas of the country. One third of them were known to social services before the age of three, and another third had come to their attention by age 11. Despite the involvement of children's services in their lives, it was notable that children's exposure to risks and adverse childhood experiences persisted until secure care was necessary.

"It is not acceptable for a society to lock up victims instead of offenders, yet in cases of child criminal or sexual exploitation we are seeing children placed in secure settings instead of those they are at risk from.

"Many of the children in our study had experienced more adversity in one year than most people experience in a lifetime. Placing them hundreds of miles from home and the support of family or friends is not a long-term solution.

"Our inability to meet the needs of our most vulnerable children closer to home is becoming an emergency."

"Every child deprived of liberty has the right to be treated with humanity, dignity and in a way that takes into account their needs and best interests. It must only ever be a measure of last resort, take place for the shortest possible time, and should always be in a facility appropriate for their age.

"I have long been concerned that children from England and Wales are being sent to secure care in Scotland, hundreds of miles away from their families and friends. This important study, by Nuffield Family Justice Observatory and CYCJ, highlights the trauma and adversity that these children have endured throughout their childhoods, and the complexity of their needs.

"The UK Government's failure to ensure adequate provision of secure care has impacts beyond England and Wales; this office has consistently raised concerns about the pressure these placements are creating on the availability of secure beds in Scotland. We have even seen situations where children have been sent to prison due to a lack of available secure beds in Scotland. This is completely unacceptable.

"Children in secure accommodation are in need of care, protection, and therapeutic support to recover from trauma and adversity, as demonstrated by the findings of this study. Children have the right to respect for family life and they have told us about the impact of being sent far away from their families and communities without good reason.

"In the limited circumstances where children need to be detained, it's important that they stay as close as possible to their families and communities. Placing them hundreds of miles from family, friends and other support, as well as the local authorities charged with their care, cannot be in their best interests."

The Times have also covered this research by CYCJ. 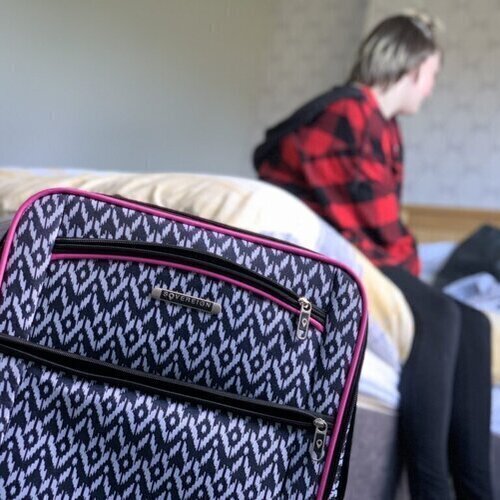