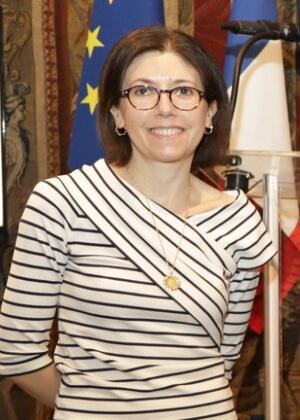 The Franco-Prussian War of 1870-1871 is widely acknowledged to have been a cause of intense political, social and cultural conflict, a shaping element in modern French and German nationalism, and a significant factor in the international tensions leading to the outbreak of the First World War. It led to the completion of Italian unification and the unification of Germany in 1871. The 150th anniversary of the war provides an opportunity to reassess its impact as a turning-point in shaping the Europe of today.

Having published widely on the Franco-Prussian War, including a book on the impact of the French defeat, Dr. Karine Varley of the School of Humanities, has been actively involved in this year’s events marking the 150th anniversary of the war. Dr. Varley was invited to join the Scientific Committee advising on the official French and German commemorations, liaising with government departments, museums and working with the Souvenir Français (French war graves commission).

In January 2020, Dr. Varley was a guest on BBC Radio 4’s In Our Time, hosted by Melvyn Bragg, for an episode exploring ‘The Siege of Paris 1870-71’, as well as contributing across a three-part primetime TV series on the Franco-Prussian War filmed in Berlin, broadcast in France and Germany in August 2020. The series was widely praised in the press, including in Le Monde, Le Figaro and Frankfurter Allgemeine Zeitung. Dr. Varley was also commissioned to write a feature-length article on ‘Death and Sacrifice in the Franco-Prussian War’ for History Today magazine, published in August 2020.

In February 2020, Dr. Varley was invited to speak about European diplomacy during the Franco-Prussian War at an event marking the 150th anniversary of the war in Strasbourg, a city which was besieged and annexed by Germany in 1871. The audience included members of the public, students and the media.

You can list to Dr. Varley's interview with BBC Radio 4 here >>
History Today article >>
Dr. Varley's book, Under the Shadow of Defeat: The War of 1870-71 in French Memory, can be found here >>