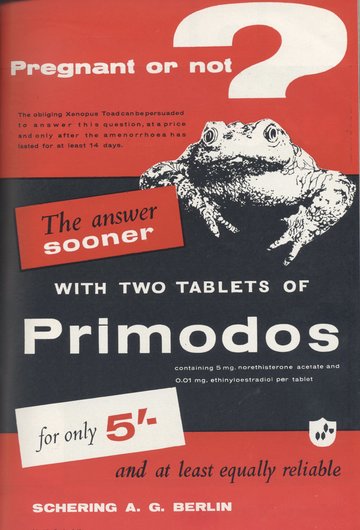 Dr Jesse Olszynko-Gryn, a Strathclyde Chancellor's Fellow in History of Health and Wellbeing, has recently launched a major AHRC-funded international research project that will now be running until 2025 thanks to a 2-year extension. This project examines, in collaboration with Dr Birgit Nemec (Heidelberg) and patient groups, the rise and fall of Primodos and other hormone pregnancy tests (HPTs). The project's focus on HPTs, one of the three products covered by "First Do Not Harm", the Report of the IMMDSR, which was recently released.

Today it may be difficult to believe that doctors ever prescribed pills as pregnancy tests. However, between the 1950s and 1980s, millions of women worldwide were given HPTs: diagnostic drugs that ruled out gestation by inducing menstrual-like bleeding (a ‘negative’ result; no bleeding implied pregnancy). HPTs were first marketed by the West German pharmaceutical company Schering AG (now Bayer) in 1950. Compositionally similar to oral contraceptives, they prefigured ‘the pill’ by about a decade. Starting in 1967, HPTs came under suspicion; initially for causing spina bifida and then for inducing miscarriage and a range of birth defects akin to those caused by thalidomide, the notorious sedative that was also used to treat morning sickness. In 1978, the British and West German parents of malformed children whose mothers had taken HPTs while pregnant organised to take legal action against Schering. Although HPTs have not been available for decades, new archival findings and scientific evidence have revitalised long dormant patient-led campaigns in Britain and Germany. Against a backdrop of persistent media interest, continuing scientific research, and resumed litigation, our project will cut through the polemic to produce at a subtler, more nuanced historical understanding of HPTs. It will also seek to better understand the West German origins of oral contraception as well as international debates over the use and regulation of drugs in pregnancy and the spectre of birth defects after thalidomide.

The research into HPTs has picked up quite a bit of steam and the latest research has been shared widely on social media by MP's and government bodies alike. According to The Guardian, "the report makes wide-ranging recommendations, including the appointment of an independent patient safety commissioner, an overhaul of the Medicines and Healthcare products Regulatory Agency and the expansion of the General Medical Council register to include a list of financial interests for all doctors."

Dr Jesse Olszynko-Gryn has also recently written an article with Dr Caitjan Gainty (King's College, London) for The Conversation about Londoner's in the Blitz accepting face masks as a way of preventing infection in comparison to today's objectors in the midst of the COVID-19 pandemic.