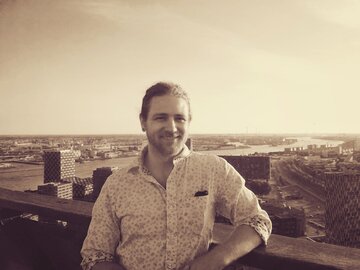 Zachary Greene, a political scientist at the University of Strathclyde, will serve as a Principal Investigator on an international research consortium funded by the European NORFACE Network to complete a multi-disciplinary project ‘Willingness and Capacity for EU Policy Action in Turbulent Times: Conflicts, Positions and Outcomes’ (EUINACTION). The grant award of 1.2 million Euro follows a competitive selection procedure in which only 14 out of nearly 200 proposals were successful. The project will be embedded in the Network’s Governance research programme (Democratic Governance in a Turbulent Age). The project will be jointly led by an interdisciplinary team of Principal Investigators from the University of Strathclyde, and University of Mannheim in Germany under the Project Leader at Leiden University in the Netherlands, starting in September 2020 and lasting for three years.

Global financial, migration, security and pandemic crises require coordination between national governments, which the European Union (EU) historically facilitates. Yet, movements demanding renewed national policies have upended national politics, as exemplified in the 2016 referendum in the United Kingdom, and hindered discussions over EU cooperation on diverse issues. This raises the question of how these competing demands affect EU policy integration.

The project seeks to explain and facilitate responsive and effective policy reforms by increasing knowledge about the willingness and capacity for European integration in specific policy areas. It will investigate under what conditions politicians and institutions in the European Union (EU) seek to increase or decrease specific policy competencies of the EU; when these actors and institutions manage to assert their positions in the policy-making processes; and to what extent their positions respond to public demands across and within member states.

Zachary Greene, Senior Lecturer in Political Science at the University of Strathclyde, will lead the Strathclyde team of researchers developing novel theoretical contributions focused on the domestic drivers of national governments’ preferences towards the European Union and the collection of a large dataset related to national parliamentary speeches. The project will work closely in collaboration with teams at Leiden University led by Project Leader, Nikoleta Yordanova, Assistant Professor of European Politics at Leiden University’s Institute of Political Science, and at the University of Mannheim PI, Goran Glavaš, Juniorprofessor for Text Analytics for Interdisciplinary Research.

NORFACE (New Opportunities for Research Funding Agency Cooperation in Europe) is a partnership of national research funding agencies in Europe (for The Netherlands, this is the Dutch Research Council, NWO) dedicated to the promotion of excellent transnational research in the social sciences. Since its inception in 2004, NORFACE provides joint funding facilities, supports existing networks and encourages the formation of new networks.