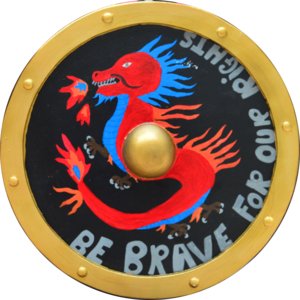 The Centre for Youth & Criminal Justice (CYCJ) has published a new report calling for 'rights respecting' reform to Scotland's youth justice system, if the country is to uphold its commitment to the United Nations Convention on the Rights of the Child (UNCRC).

'Rights Respecting? Scotland's approach to children in conflict with the law', will be launched at tonight's (Thursday 30 January) Kilbrandon Lecture on children's services and the rights of children. The lecture is to be given by leading human rights lawyer Professor Manfred Nowak, who led the Global Study on Children Deprived of Liberty.

This report is the first of its kind to translate the UNCRC into Scottish specific actions to improve policy, practice and experience in youth justice. The report was written by CYCJ's director, Dr Claire Lightowler, who took a year's sabbatical to dedicate herself to exploring the complex and often emotive issues around offending by children, based on CYCJ's belief that youth justice in Scotland requires a reconfiguration on a scale not seen since Kilbrandon.

Dr Claire Lightowler said: "We saw the incorporation of UNCRC as a window of opportunity. There's something fundamental about the challenge of levelling up between welfare and needs on one hand and control and punishment on the other, yet little thought has been given to this from a rights perspective."

"If we are holding traumatised children solely responsible for their actions, putting them through processes they do not understand and putting barriers in the way of their loving and caring relationships, is this justice in the true meaning of the word? There is some truth in the focus on children as troubled, challenged, vulnerable and challenging, and it is often well-meaning, but it can have negative unintended consequences for the most disadvantaged children."

"At the heart of this report is an argument for a shift from viewing children in conflict with the law as troubled, challenging and vulnerable to children as rights holders. Rights are for all children, and it is worrying when we fail to fulfil our legal and moral obligations to the very children we are holding to account through the justice system."

Bruce Adamson, Children and Young People's Commissioner for Scotland, said: "This robust and impressive report is the first piece of work that comprehensively examines Scotland's youth justice system from a rights based perspective. It demands that we look critically at our society and how we value children."